Getting their points across

Some of College’s strongest debaters went head-to-head in the interhouse debating final at lunchtime on Monday 3 August – and these boys sure know how to get their point across.

Whether arguing for or against the motion “This house rejects the humanisation of villains in films and media”, each team presented a compelling case in support of their position.

In opening the debate, John-Paul discussed how films and television have a role in modelling or teaching responsible behaviour and explained why it is important not to romanticise or make a hero out of a villain. Then it was over to Jack to explain why humanising villains can help people understand, explore and learn from different, perhaps darker aspects of the human psyche ... And so the debate unfolded, with each team member in turn – John-Paul, Jack, Josh, Angad, Jamie, James – rebutting the opposition’s and building on their own arguments, until Angad and John-Paul were called on to sum up their respective positions.

At the end of an entertaining and informative debate, University of Canterbury student, keen debater and guest adjudicator Vikas Shenoy declared Condell’s House the winners, much to their delight, with Somes House a very close second. 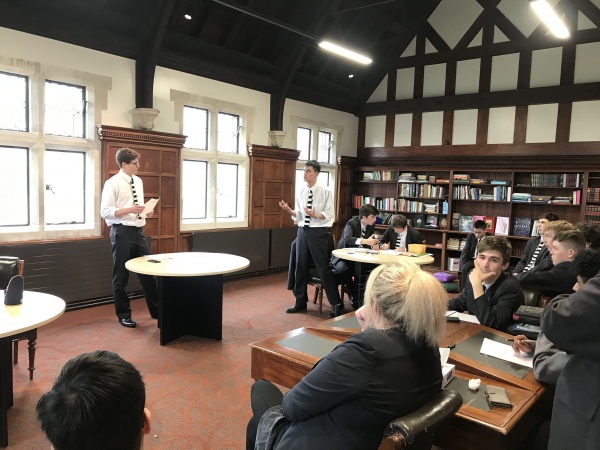 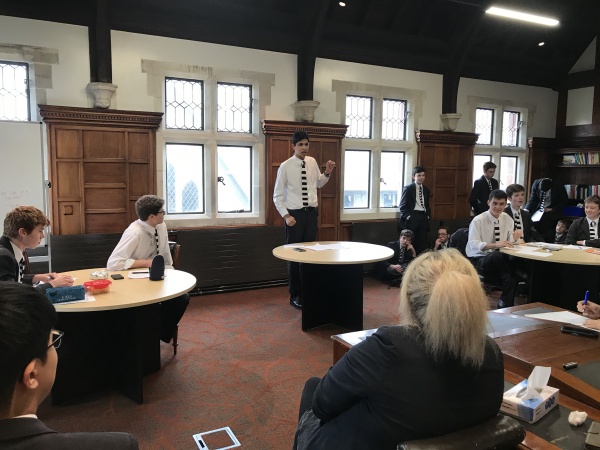