An oil pastel and acrylic on canvas by Christ’s College’s HoD Art, Darryn George, is the second award winner in the prestigious 2020 Wallace Art Awards.

Called Mara #26, 2020, Darryn’s large, colourful work was inspired by Covid-19 and our responses to the global pandemic which has disrupted the year.

“It was something I was thinking about a lot, and it evolved from wanting to create a series of works about ‘Innocence.’ Mara (garden) depicts The Garden of Eden as if it were drawn by a child. It uses crayons, pastels and squirts paint straight from the tube as a child would. The colours are applied as a child would – vibrant and not realistic. A large crowd defies crowd restriction orders and gathers to look onto the garden, perhaps yearning for beauty, peace and innocence,” said Darryn, who was a finalist in the 2000 Wallace Art Award.

“I am humbled and very grateful for this award,” he said.

Already the recipient of many scholarships and grants, Darryn received a Creative NZ Grant for the Venice Biennale in 2013, a Te Waka Toi Grant for Melbourne Art Fair 2009, and his paintings are represented in important private and public collections throughout New Zealand and overseas.

This year’s Wallace awards attracted more than 600 entries from both amateur and professional artists, the only restriction being that the applicant must have New Zealand Citizenship or New Zealand Permanent Residency.

Because of the pandemic, this time the Wallace Arts Awards suspended its residential placements as prizes and instead has granted cash awards in their place.

“This year we cannot in good faith or conscience offer prizes which are based on international travel and experience,” says Matthew Wood for the Wallace Arts Trust.

For Darryn, this means that rather than studying at the British School at Rome, Italy, he receives $22,000.

“This is an amazing sum and I would like to use it for travel and further research in the future.”

Established in 1992, the Wallace Art Awards was won this year by a photographic image by Russ Flatt who collects $52,000. The awards are the longest surviving and largest annual art awards of their kind in New Zealand, with many of the finalists’ works being purchased for the trust’s collection. 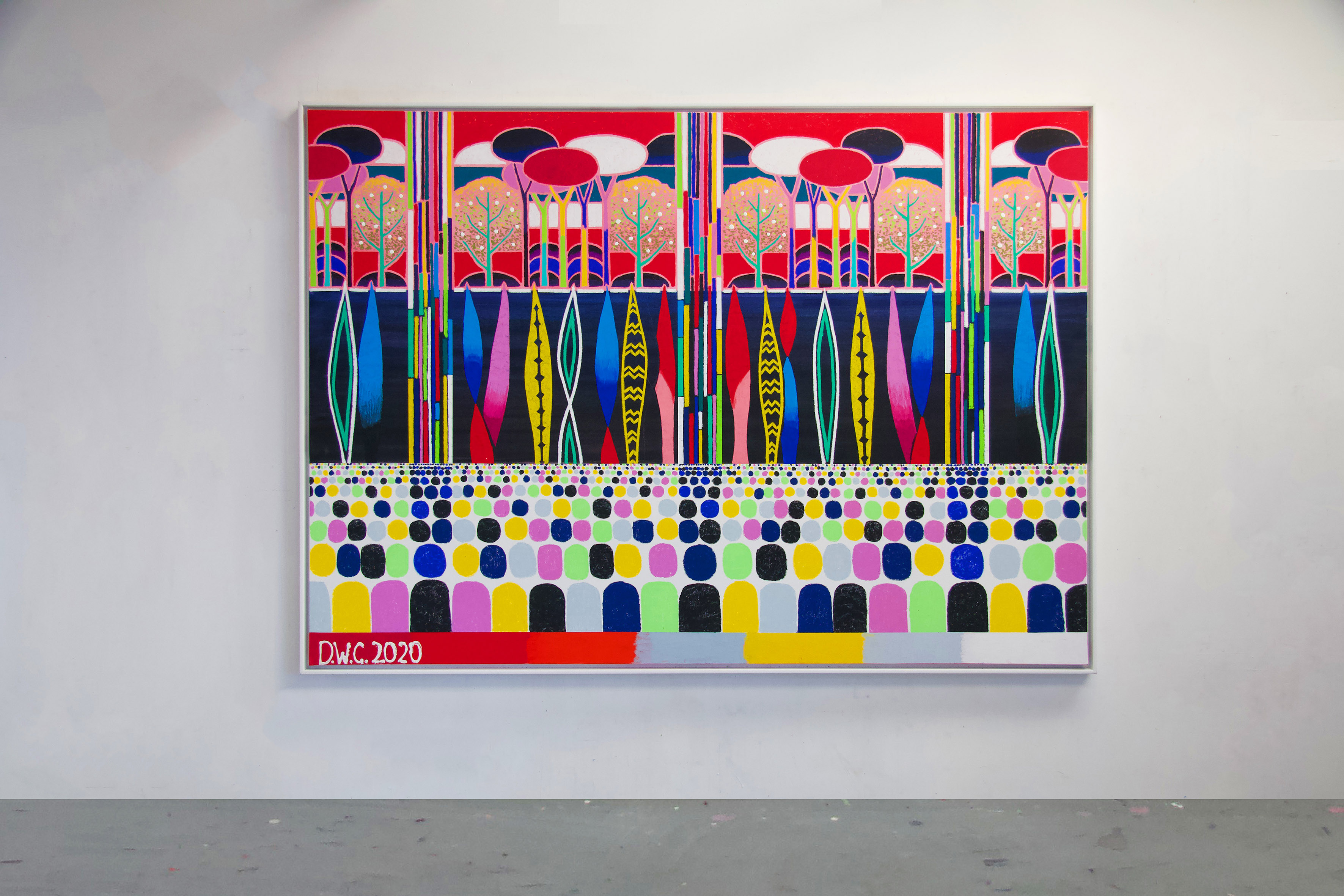