College off to chess nationals

For the first time in years College will compete in the finals of the New Zealand Secondary Schools’ Chess Competition being held in Tauranga next month.

“Our team has got seniors and experience and then we have Arthur who is a chess prodigy, the best of us all,” says team captain Alistair Morgan.

“Playing competitively takes a lot of concentration and we were lucky in the Canterbury championships that we got a bye in the second round and were able to take a break early enough on to allow us to keep an eye on the other teams.”

The nationals in Tauranga in September will be another level entirely.

“I believe it’s the first time College has qualified for the finals in a very long period. This contest is over two days, so there’s a lot more time to think and the quality is going to be even better.”

It’s the thrill of outthinking and outplaying opponents that makes the College Chess Club so popular with its members, who meet every Tuesday and Thursday lunchtime. Between meetings they each spend time playing online and studying chess openings and tactics.

“It gives you great concentration, and a real work ethic. There’s a lot of study involved, and you need to develop the ability to think ahead and problem solve. No matter how much you prepare, someone will always come up with a move you’ve not known about,” says Alistair.

“The fun part is when you’ve prepared well, and it’s playing out as you want, and you’re doing well and needing to maintain it, and then they come up with a move you don’t know!”

He says his father got him into chess and he has also taught himself.

“We all play online and there are a lot of resources available to help us prepare and improve our game.”

Alistair and Jonathan have represented College in chess every year since they started in Year 9 and Hanson has been in the team for the last two years. 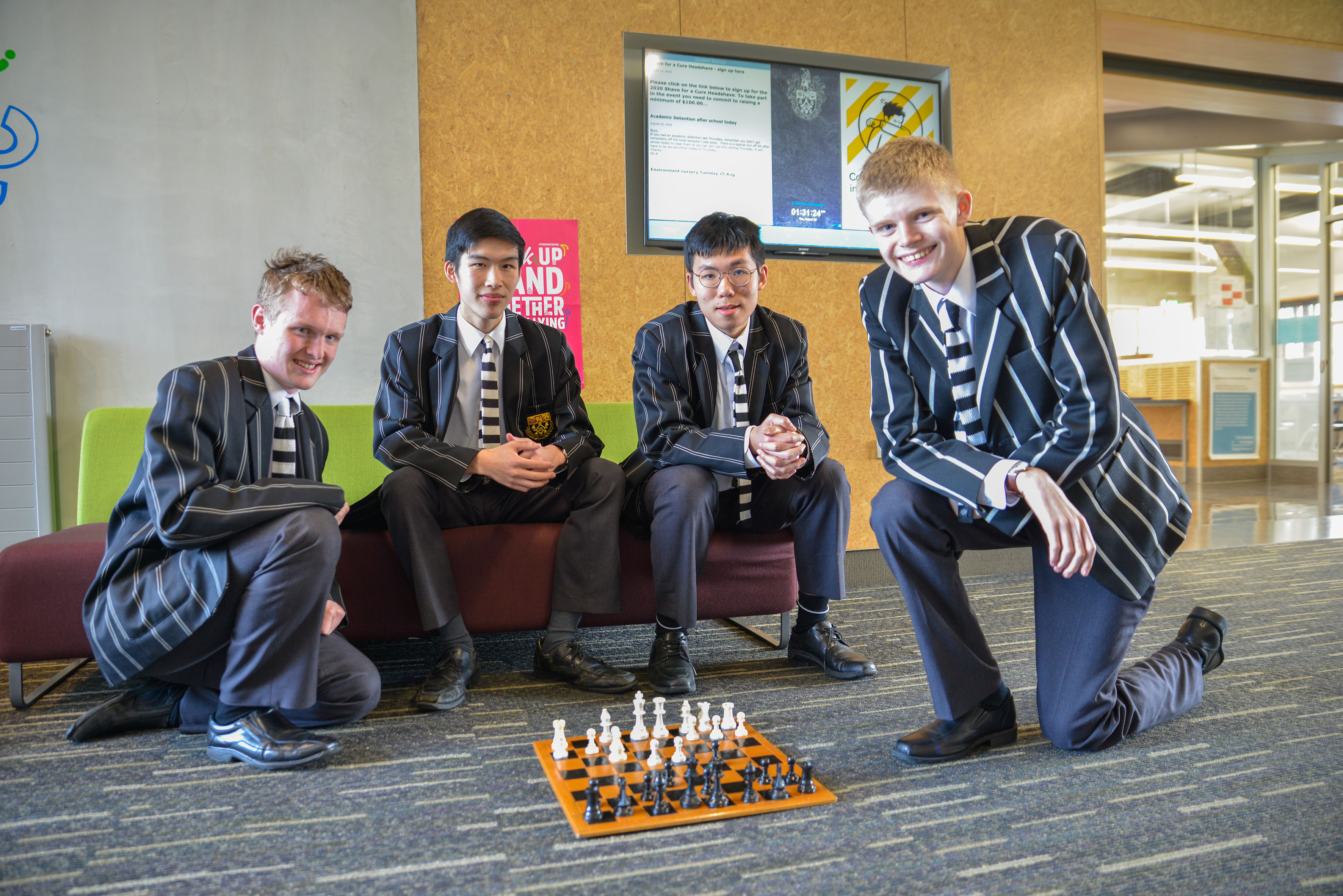