The Christ’s College Senior A volleyball team ‘blocked’ all rivals to secure the Division Two title at the Mainland Senior School Championship in Christchurch last weekend.

Captained by Rory Doull, the College team proved too strong in the semi-final, downing Christchurch Boys’ High School, 3–1, before beating Middleton Grange School in a hard-fought final, 3–2, at Cowles Stadium.

The players have stepped up their game this season under coach Nicky Pio, producing some big hits and big blocks throughout the tournament.

The College Senior A team will now compete at the National Secondary Schools tournament in Palmerston North later this month. 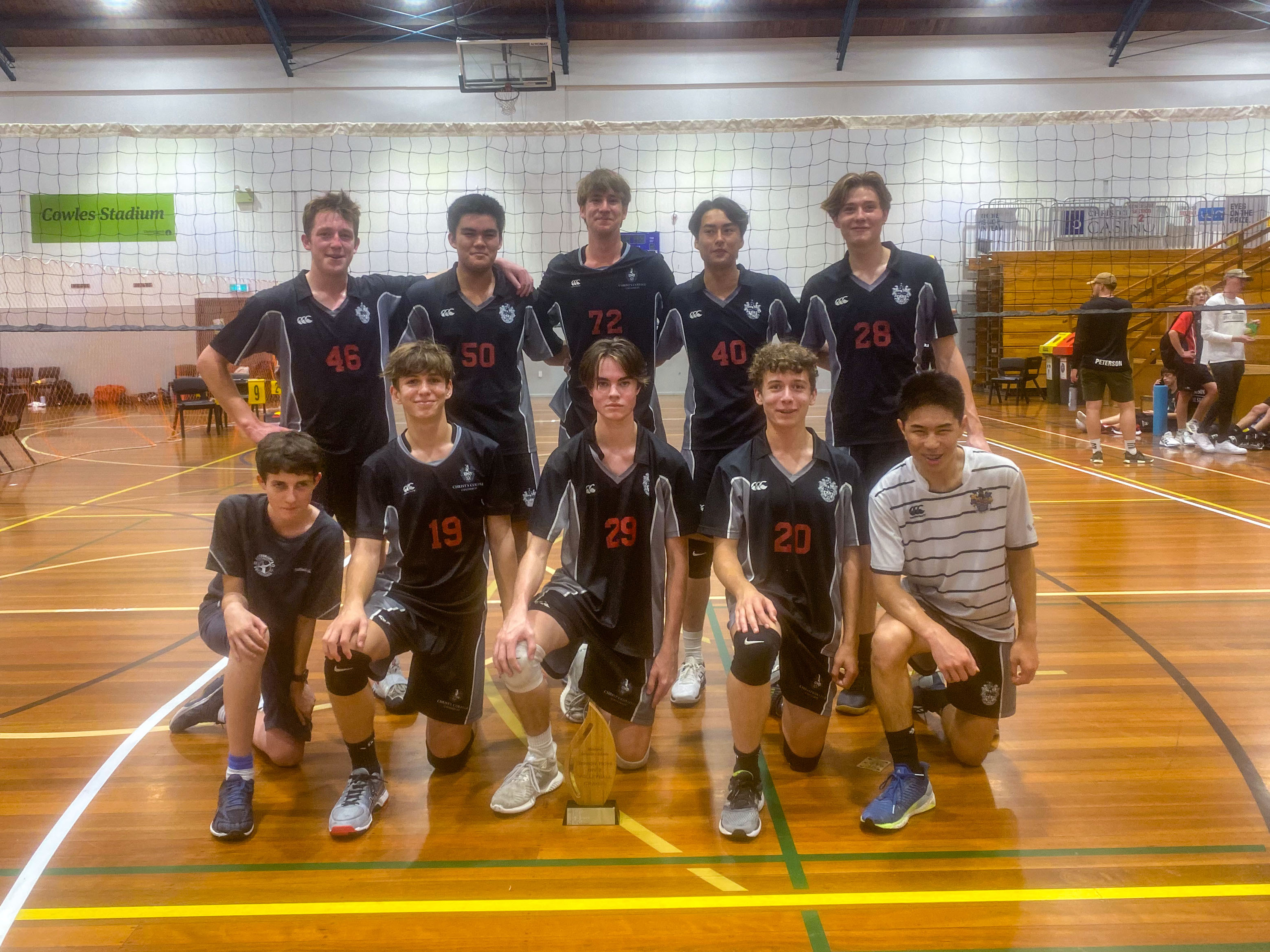