On a damp, grey autumn day, the rows of white crosses on the Quad are a stark reminder of the sacrifices made in war by College Old Boys – and the first day of the new term, Monday 30 April, began in Chapel with our Anzac commemoration service.

In his address, College’s Chaplain Rev. Bosco Peters reminded us to reflect on the tragedy of war, to remember those who served and died, and all those who have been affected by war. He asked us to think about our shared humanity, how we can respond to the injustice, inequality and unfairness in the world, what we can do to affirm what is good and minimise what is bad, to “change poison into medicine” and transform our lives for the better.

Bosco then shared the story of Old Boy John Knudsen, whose actions in the aftermath of World War I serves as an example to us all. John fought with the Canterbury Regiment on the Western Front and was demobilised in Egypt in 1919, where he joined the American Red Cross and Near East Relief. In 1922, John and his wife Lydia were chosen to supervise the construction of an orphanage at Antelias, Lebanon, for children orphaned as a result of the Armenian genocide – the ruthless slaughter of hundreds of thousands of Armenians by the Turks of the Ottoman Empire. Over the next few years the orphanage, which became known as the Australasian Orphanage, was home for hundreds of boys and girls, a place of safety where they were educated, as well as being taught practical skills to give them a new start in life.

Memorial wreaths for College’s fallen were laid by Executive Principal Garth Wynne, CCOBA president Geoffrey Sullivan and Head Prefect Max Goodwin, before the “Last Post” rang out, symbolising their duty is done and they can rest in peace, and Bosco read the Act of Remembrance, an extract from Laurence Binyon’s timeless poem “For the Fallen”.

They shall grow not old, as we that are left grow old:

Age shall not weary them, nor the years condemn.

At the going down of the sun and in the morning

We will remember them. 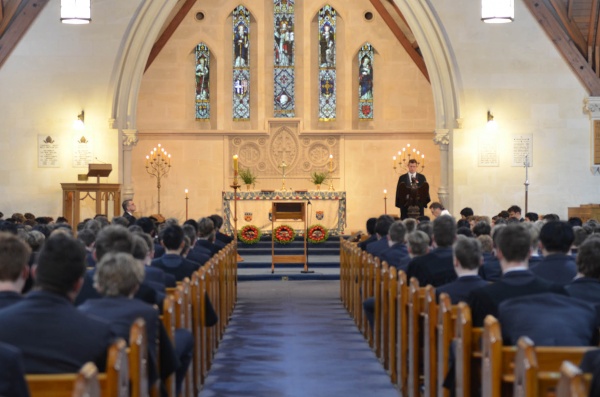 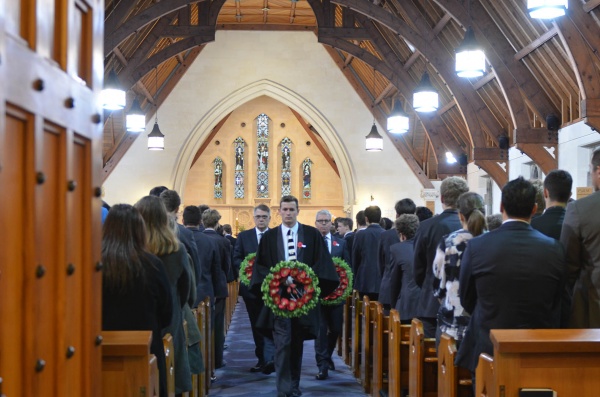 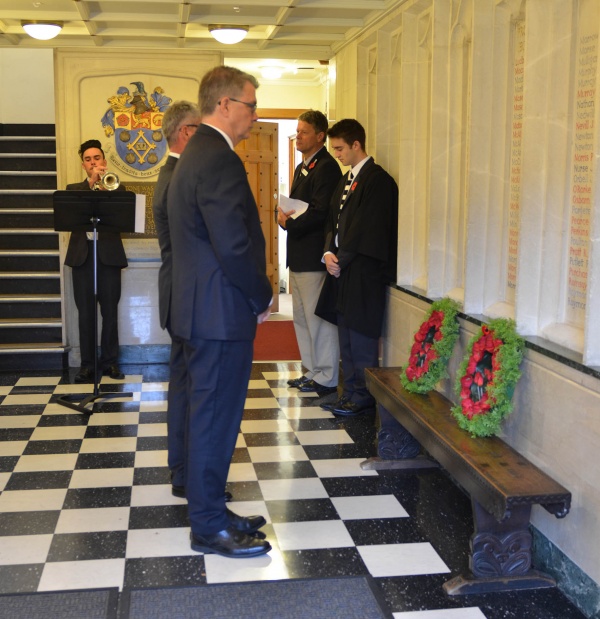 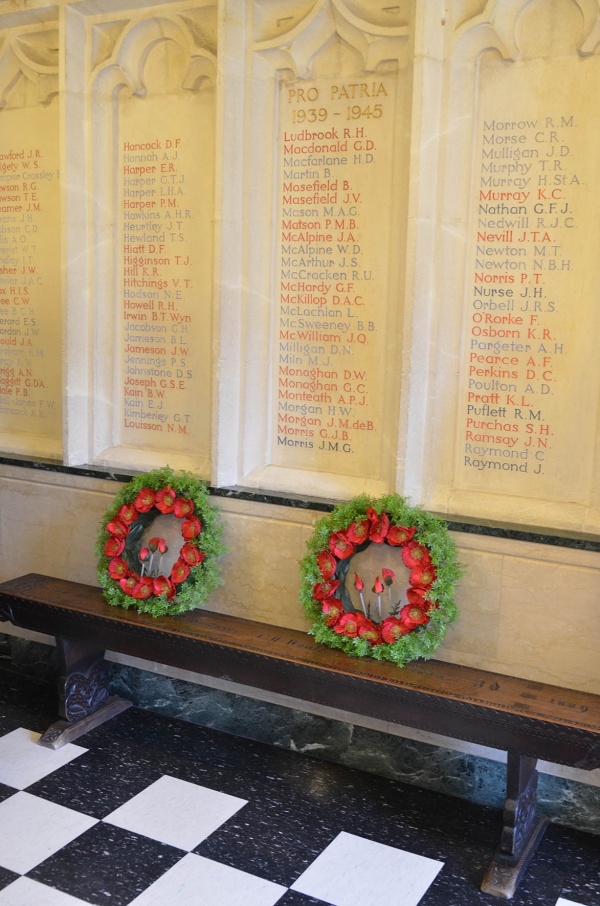 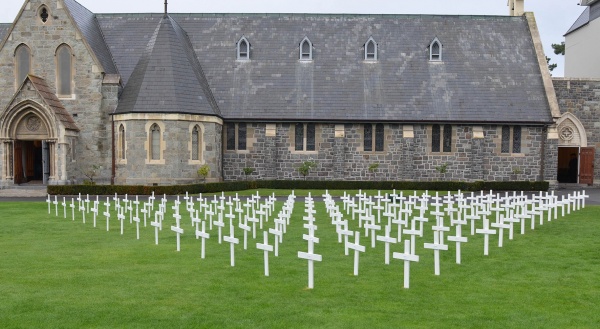