Ahead of the pack

“It was a hilly course and raining and windy on the day. About five kilometres into the race a group of around 10 of us broke away from the pack and pulled ahead. Then we slowly, slowly got whittled down until there were just two of us left at the end.”

The race took place on a mix of urban residential and rural roads, with one short and three long laps around the circuit. A nasty hill climb proved a particular challenge for many riders in his race, but Jack wasn’t fazed at all.

“I liked it. I’m really strong on the hills and that was where I had an advantage over the other competitors.”

Jack managed to scoop the win seconds ahead of his nearest rival and friend Hamish Sadler, who also rides for the Canterbury Time Trial Association club. As well as coming 1st in the road race, which was held on Sunday 19 July, Jack also came 7th in the 26km U19 men’s time trial, held on Friday 17 July.

A passionate cyclist, Jack spends hours on the road, traversing around 350–450kms per week in training and competition. His goal is to become a pro cyclist in Europe and he hopes this win, being a New Zealand champion, will help open up future opportunities. 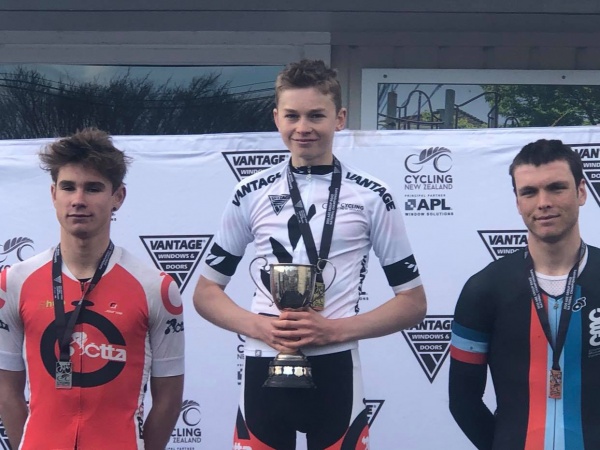