Former mathematics teacher and rowing coach Tony O’Connor was back at College recently – the guest of honour at the boat naming ceremony of the latest boat in the College fleet. His namesake – the Tony O’Connor – a state-of-the-art Empacher Racing Eight was gifted to the rowing club by Old Boy and generous sponsor Marcel Gray.

Tony is a man who prefers to keep his head down and work hard, someone who doesn’t like a fuss – but, as Head of Rowing Henry Smith says, naming the boat the Tony O’Connor is, “An opportunity to thank Tony for his significant contribution to College rowing over the years and to acknowledge his considerable achievements in rowing.”

A former Olympian and representative rower for his native Ireland and with vast experience on the water, Tony now coaches the Rowing New Zealand elite men’s eight, and has set his sights on the squad securing a place at the Tokyo 2020 Summer Olympics.

College rowers are now getting used to the feel of and how to handle the new boat and, as ever, aiming for harder, better, faster, stronger in every race.

The low-key ceremony took place in the Chapman Room on Friday 7 February. 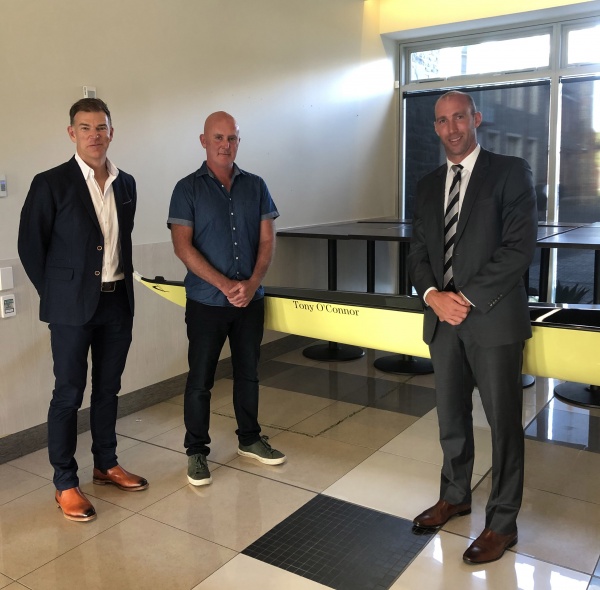 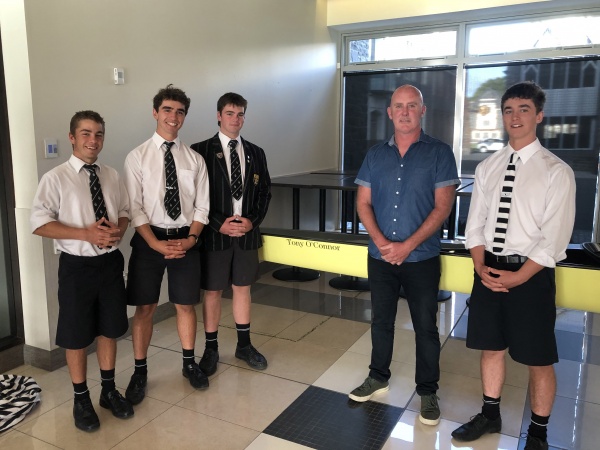