For over 50 years, Christ’s College and Rathkeale College in Masterton have competed for the Hamilton Tankard in the annual Queen’s Birthday weekend winter sports exchange – and the friendly rivalry of such a longstanding arrangement gives top teams the chance to test new players in a competitive, but less intense, setting.

A number of players were resting after the CBHS showdown, but that simply opened up opportunities for other boys to step up and prove themselves at the next level. Rathkeale were never really in the game. College was up 12–0 at half-time and, although Rathkeale did manage to get on the scoreboard, College stretched their lead to a satisfying 29–7 win.

The football team were up against a very strong Rathkeale side and, with several players making their debut, the pressure was on right from the start. Although College made every effort to fight back, they could not make a dent in the Rathkeale defence and at the final whistle were down 5–1.

Six members of the usual 1st XI were unavailable due to Canterbury hockey commitments, so it was a relatively inexperienced team that took to the pitch up north. Both schools went in hard from the start and within five minutes Rathkeale was up 2–1, however, College equalised shortly before half-time – and that, despite the best efforts of all concerned, was where the score remained.

With no majority winner, the exchange was deemed a draw. Therefore College, as current holder, maintains possession of the well-travelled tankard until next time. The College teams travelled to Masterton on Sunday 4 and returned on Monday 5 June. 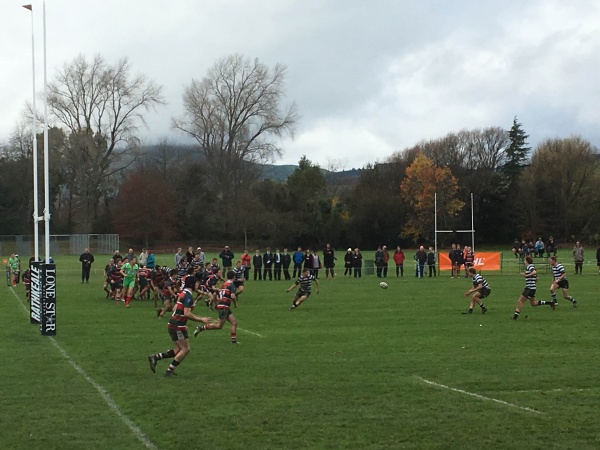