The Founders’ Dinner marks the beginning of the end for Year 13 students and – in honouring those who had the foresight to establish the school and the generations of boys and staff who have gone before – acknowledges their place in the College story and asks them to consider what their legacy might be.

It is a formal event, leavened by delicious food, engaging conversations and inspirational speakers.

Guest speakers – Old Boys Uddaka Wijesinghe (13644) and Kip Chapman (11255) – both referenced the strong foundation of education and experience they gained at College and how that has helped them as they have forged ahead in their careers.

Uddaka was Head of Julius House in 2010, a strong leader and accomplished athlete, actor and scholar. He studied medicine at Otago, graduating in 2017, and now works for the Counties Manukau District Health Board in Auckland. He urged the boys to make the most of their final year, to be grateful for the many opportunities they have been given, and to head out into the world confident they will find the pathway best suited to their skills.

Kip started College in 1995 and right from the start was determined to pursue his passion for drama, music and art. He went on to train at Unitec’s School of Performance and Screen Arts in Auckland and has since become one of the most accomplished actors and directors of his generation, with numerous theatre and television credits to his name. Kip encouraged the boys to accept and embrace who they are, to always be true to self, and to nurture the qualities of empathy and emotional intelligence, as these are key attributes for success in today’s world.

The 2018 Founders’ Dinner was held in the Dining Hall on Thursday 8 February. 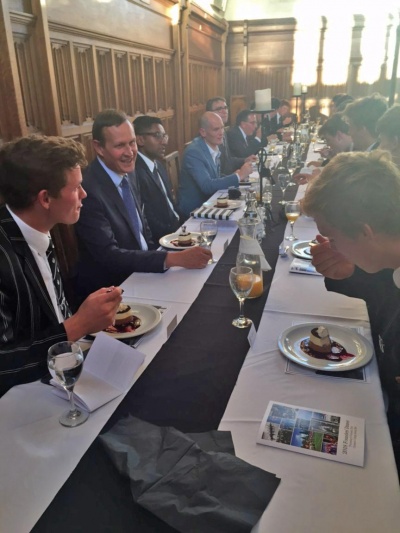 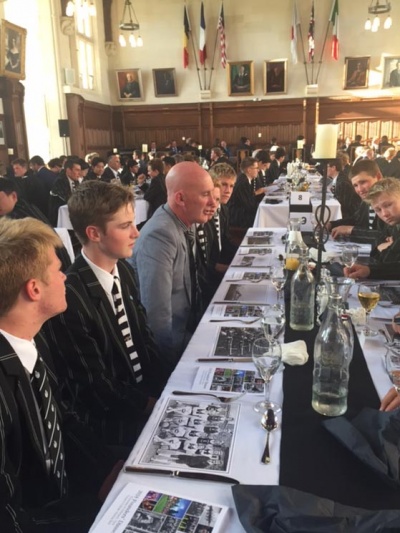 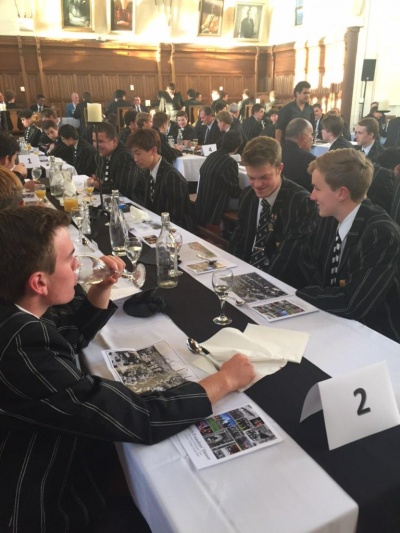