College water polo continues to build momentum, with its Junior team ending the season with two (almost) back-to-back finals against St Bede’s College in both the Canterbury and South Island secondary schools’ tournaments.

The team returned early from camp for the regional final on Thursday 23 November, which they lost 17–6.

With barely time to catch their breath, they were back in the pool the next morning for the South Island Championship. They came top of their Pool with three wins on Friday and one on Saturday morning, which earned the boys a much-needed breather before they had to dive back in for the semi-final on Sunday morning. A satisfying semi-final win set them up for the rematch with St Bede’s in the final on Sunday afternoon – but, try as they might, they could not best the boys from Bede’s, and lost 15–5.

Year 10 student and Junior captain Moe Gath was named in the tournament team, which was a well-earned reward in recognition of his talent. Moe says size, strength, stamina, speed, skill and swimming ability are all important in water polo, as is commitment and spirit. “It’s fierce and competitive and fun, there’s a lot going on and you have to work hard to be good.”

The Junior team trains together at least twice a week and a number of the boys also play and train with Canterbury Water Polo. They are coached by Senior players, Year 11 student Louis Clark and Year 12 student Andrew Campbell. Moe says they appreciate the time and energy the older boys put in, and their mentoring and support has been a big factor in the team’s success. 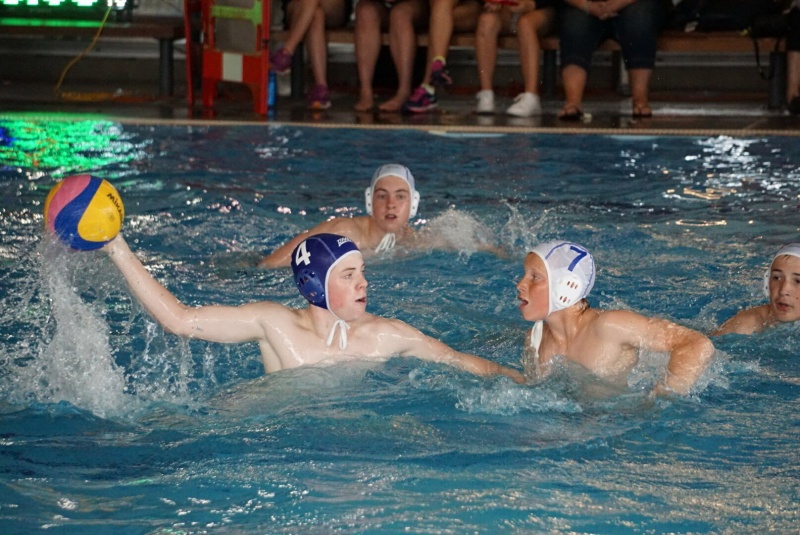