In a world saturated with media, the 2017 senior drama production rewinds to a simpler time. Singin’ in the Rain takes a lighthearted look at 1920s Hollywood and the performers caught up in the transition from silent films to “talkies”.

“It’s a bright and breezy, all singing all dancing, celebration of Tinseltown’s enduring glamour,” says Director of Drama David Chambers.

The show is a co-production with St Margaret’s College. The directorial team – Elayne Buckler and Alison Rossiter from St Margaret’s, along with David, Robyn Peers, Nick Sutcliffe, Grant Bennett and Peter Hewson – and company of over 100 students, including cast, orchestra and crew, have been working together since the beginning of the year.

The production promises to be a multimedia extravaganza. Acting, singing and dancing rehearsals have been keeping the cast on their toes; Peter Hewson, along with Year 13 student Finn Sziranyi, has made a series of short films that help drive the action; the tech crew are coming to grips with the new state-of-the-art technical infrastructure now installed in the Assembly Hall; set design has been finalised and construction is underway; and wardrobe mistress Rosanna Winkelman is sourcing an impressive array of costumes.

“Drama is team work. It’s about everyone involved creating something that’s so much more than the sum of its parts,” says David. “It’s amazing to experience the synergy of such a project, and to see this stupendous production take shape.”

Tickets on sale next week. 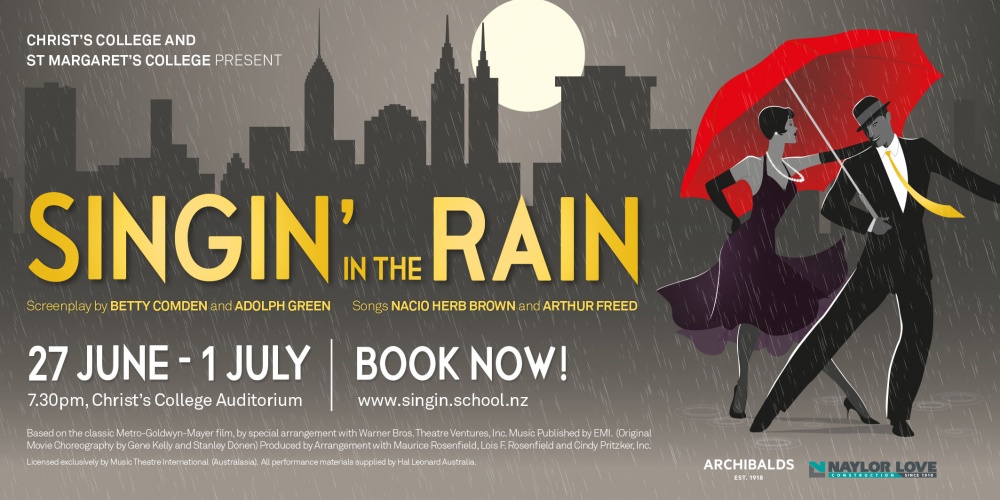