In the hours before sunrise, on perhaps the most painful night of his life, Private Thomas “Tommo” Peaceful looks back on his fondest memories and reflects on the events that landed him in the front line in the trenches of Flanders in World War 1.
A talented group of Year 9 thespians brought this poignant and compelling story to life in this year’s junior production Private Peaceful, which ran for a short season in the Old Boys’ Theatre on Thursday 21–Friday 22 June.

With so many boys wanting to be part of the action, director Chris Cheesman eventually decided to work with two casts, plus a backstage crew mentored by older students. “I was so impressed by the commitment and enthusiasm of the boys,” says Chris. “It’s a serious and powerful play, with flashes of humour. We hoped our audiences would leave moved by what they had experienced, and thinking about some of the issues Private Peaceful raises about war and leadership, family life and love, justice and injustice.”

The story unfolds in vivid flashbacks, and students Oli Aikawa, James Higginson, Ollie Jones and Thimeth Wijesinghe were four of the eight boys who each played Tommo at different stages of his life.
“It’s an emotional story and we had to evoke that emotion,” says Ollie. “It was hard. There were times when we thought we couldn’t do it, it felt like we were really struggling, but it all worked out.”

“It blew us away how well the first performance went. All the parts, when it came together it was a good portrayal of war and struggle,” says Thimeth.
“It was a really amazing experience,” says James. “After all the hard work and time we gave up to rehearse, it was really satisfying to get there in the end.”
In World War 1 around 300 British and Commonwealth solders were executed for offences including cowardice, desertion, insubordination and sleeping at their posts. Acting in Private Peaceful also got the boys thinking about the trauma of and sacrifices made by the men who served in the war. “What they went through ... it kind of made me just think about what is the point of war,” says Oli.
Private Peaceful was written by former Children’s Laureate, renowned British author and playwright Sir Michael Morpurgo. 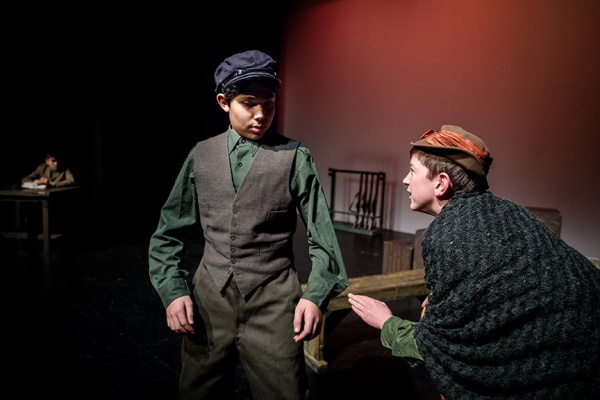 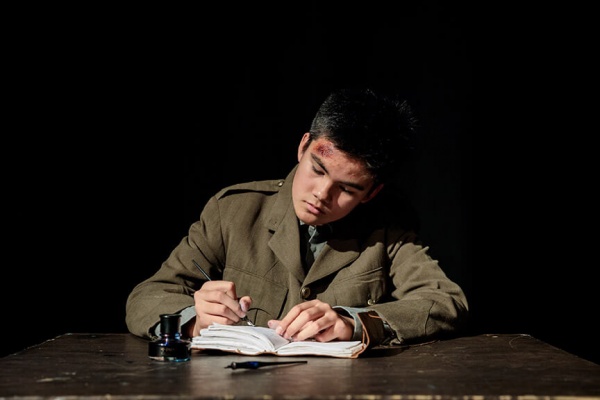 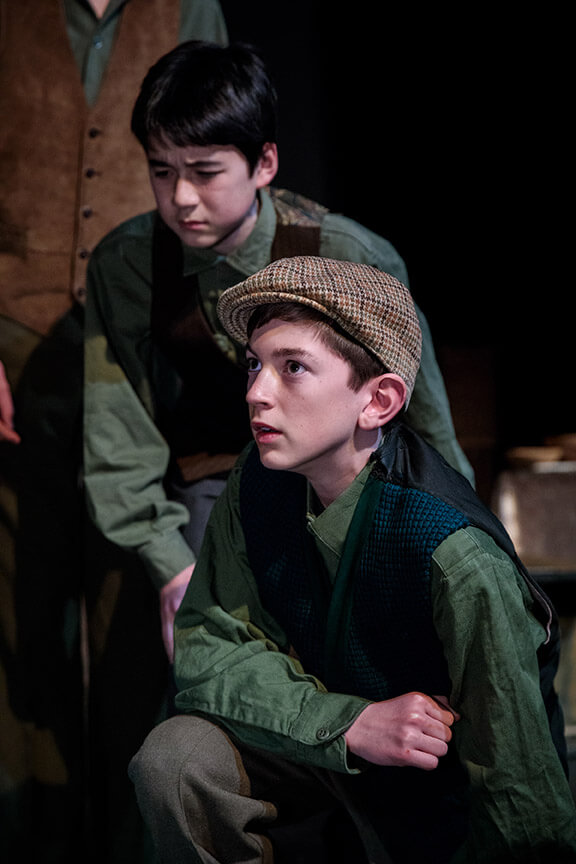 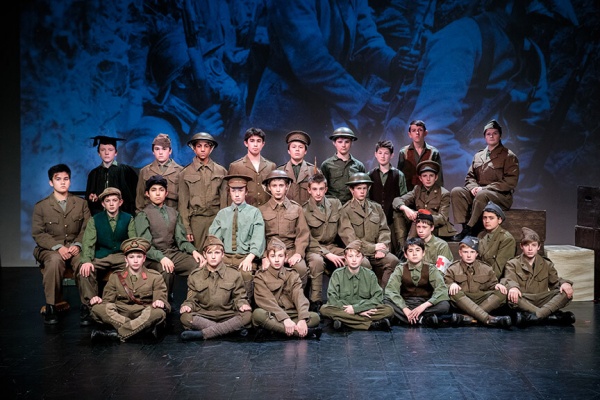