What Peter Skelton, 81, doesn’t know about the environment, isn’t worth knowing.

His friends jokingly call him “Mr Environment”, and after a lifetime of working in environment law – and on the brink of retirement – he has a new job caring for the nation’s freshwater.

“One of the Government’s strategies has been the development of a new statutory planning process for freshwater under the Resource Management Act 1991. This has been provided for in the 2020 Amendment to that Act and includes the establishment of the Office of the Chief Freshwater Commissioner.”

“The role has two functions – to oversee the work of the 16 regional councils and unitary authorities with statutory responsibility to manage the nation’s freshwater resources, and to appoint hearing panels for public hearings of submissions.”

Peter says the freshwater hearing process is set to run until about 2026 – by which time it is anticipated that all 16 regional and unitary authorities will have completed their policy and planning work and policies and rules will be in place for the ongoing improved management of freshwater.

Looking back, Peter says his time at College was a highlight of his life.

“I’ve got to say that five of the happiest years of my life were the ones at College. I was very lucky, the place suited me very well.”

He came to College following in the footsteps of his father, George Arthur Skelton, and says he performed “adequately” academically. He got Colours for tennis and athletics, and was school champion in both, excelling in middle distance running; he played indoor basketball for College and later for Auckland University, where he studied law, and was in the New Zealand Universities team for three years. He was a prefect and Head of Condell’s House, led the debating team, and was in the Dialectic Society.

Peter was active in the Old Boys’ groups both in Auckland and in Hamilton where he entered a law partnership. In 1978, when he was a newly appointed judge, the family moved back to Christchurch just in time for son Andrew to start College. (Andrew became Head of Condell’s House, and then a barrister in Wellington. Two grandsons, Year 13 student Timothy Ward and Year 11 student Benji Ward, are currently in Harper House.)

One of the first things Peter did on his return to Christchurch was to join the CCOBA. He served as vice president in the early 2000s and president in 2004–2005.

Peter retired from the bench in 2000, and was invited to become an Associate Professor of Environmental Law at Lincoln University, where he taught for five years. Lincoln made him an Honorary Professor and, in 2016, awarded him an Honorary Doctorate of Natural Resources.

Peter says he got into the field of environmental law and planning early in his career, and was something of a pioneer in it.

“In part I educated myself about these matters, and I found it fascinating learning from others. For example, when spray irrigation of effluent on land was first proposed as a means of contaminant disposal and fertilisation, that was a huge change. It’s commonplace now, but it wasn’t then.”

New Zealand was a leader in environmental planning, and the 1991 Resource Management Act was closely followed by many countries. Peter gave addresses in places like Washington DC and Montreux, Switzerland. Appointed a life member of the Resource Management Law Association, Peter became one of the founders of the Environment Institute of Australia and New Zealand, and subsequently an Honorary Fellow.

In 2010 he was appointed one of seven commissioners for Environment Canterbury, serving six years before being appointed a councillor and serving another three.

“That work was some of the hardest I have done, but I learnt an awful lot. It gave me a different perspective and a big insight not only into local body politics, but also across the national scene.” 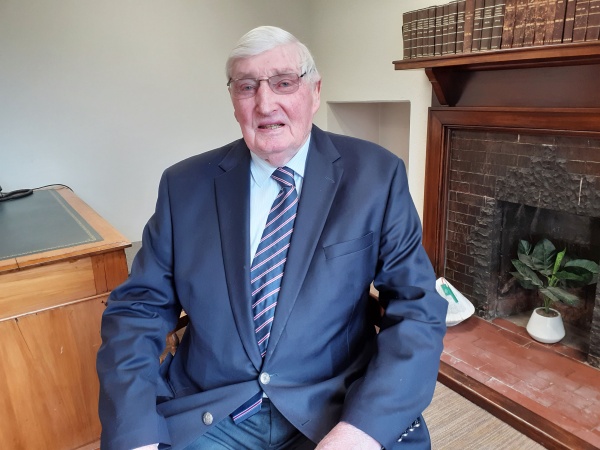