He made his name as a comedian and media personality, but now Mike King uses his considerable talents – and plenty of humour – to deliver a serious message about mental health and wellbeing.

Speaking to the boys at assembly on Tuesday, Mike opened up about his own journey through mental illness and addiction, his difficult upbringing, his struggle with low self-esteem and lack of confidence. “I was one of those kids that never felt I was good enough, everyone was better than me. I always felt like I was a disappointment, always felt like I fell short of the mark.”

He was never one of the cool kids, was teased mercilessly at school, and had a powerful inner critic. “I have voices in my head (it’s a metaphor for thinking): the devil, the inner critic, and the angel, the voice of reason. Everyone has an inner critic, everyone needs an inner critic – we all need to review our thoughts, actions and intentions – but too often it can become a bully.”

One day he discovered his not-so-secret weapon: he was funny, he could make people laugh. But then he found, as the bullied became the bully, it was a double-edged sword. As an adult, Mike added alcohol and drugs to the mix and, while he achieved considerable success, his life began to spiral out of control.

Finally, in his mid-forties, Mike plucked up the courage to seek help – “I had to overcome the notion that asking for help was a sign of weakness” – and a “hoity-toity” counsellor from Remuera, “Helped me understand my behaviour and gave me the tools to help myself.”

Since then, he has been a man on a mission to help others – especially young people – realise that everyone has problems and it is okay to ask for help. Now working as a mental health educator, Mike is passionate about the need to effect positive social change.

“So many young people have crises and suppress them, because they don’t want to appear vulnerable – but to be able to show you can be vulnerable is a real strength.

“Life is full of ups and downs. Always has been, always will be. It’s impossible to be happy 365 days a year. Everyone struggles. We need to change the conversation about depression and mental health and make it okay to ask for help.

“One of the secrets to good mental health is to look after your mates. Really value your relationships. Check in and ask if people are okay and let them know you are there for them. Open up and talk to each other. You have a responsiblity to model good behaviour, be a good friend. You have choices and opportunities to look after people – and doing that can make a huge difference to someone else’s life. You really can be a hero. Look out for and look after your friends, be kind, and be there for your mates.”

Mike was at College on Monday 20 and Tuesday 21 May, sharing his message of hope at a parent education session on Monday evening and talking to the boys on Tuesday morning.

For more information about Mike’s work, go to http://www.keytolife.org.nz/?page=home and https://www.iamhope.org.nz/ 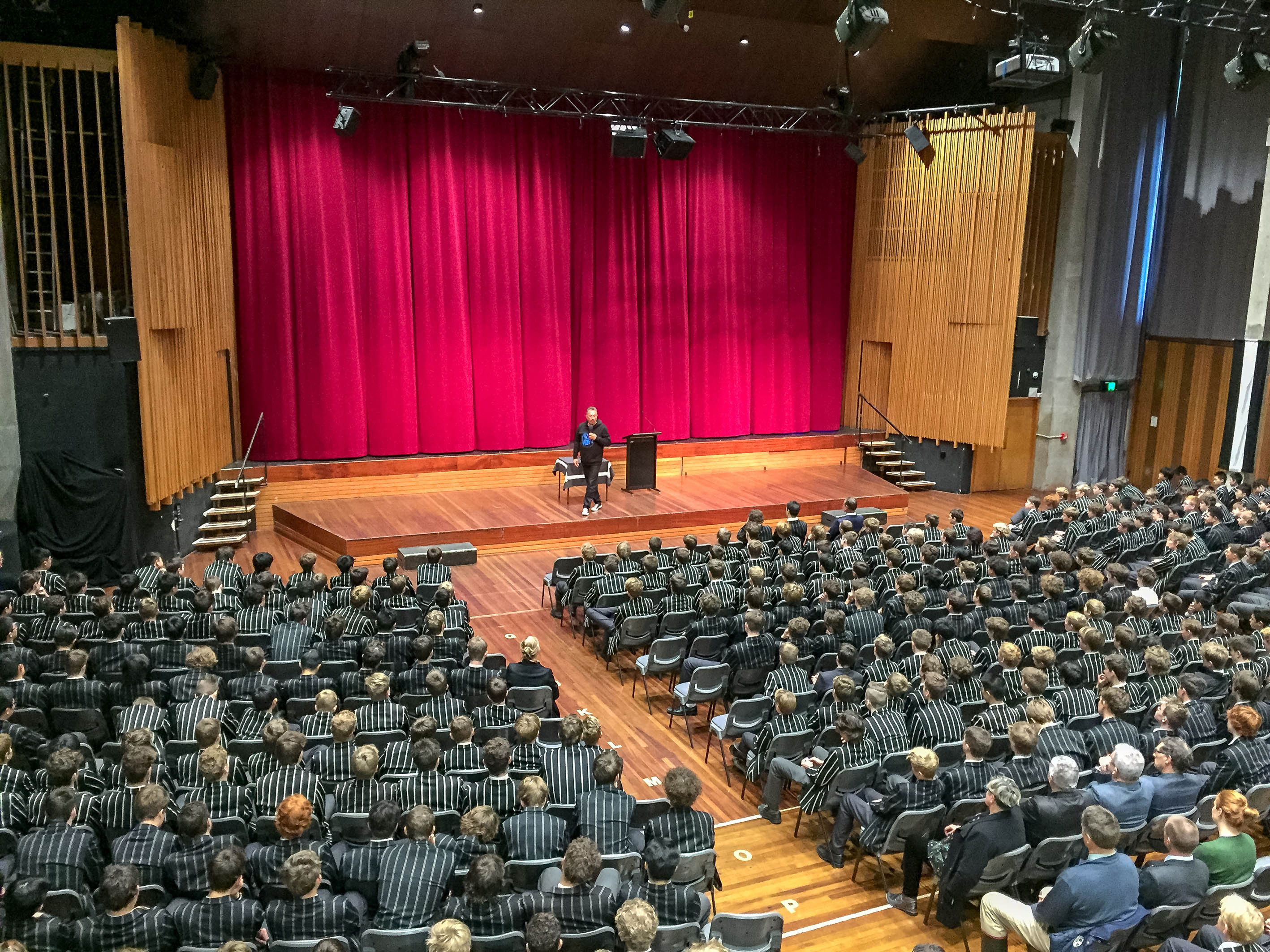 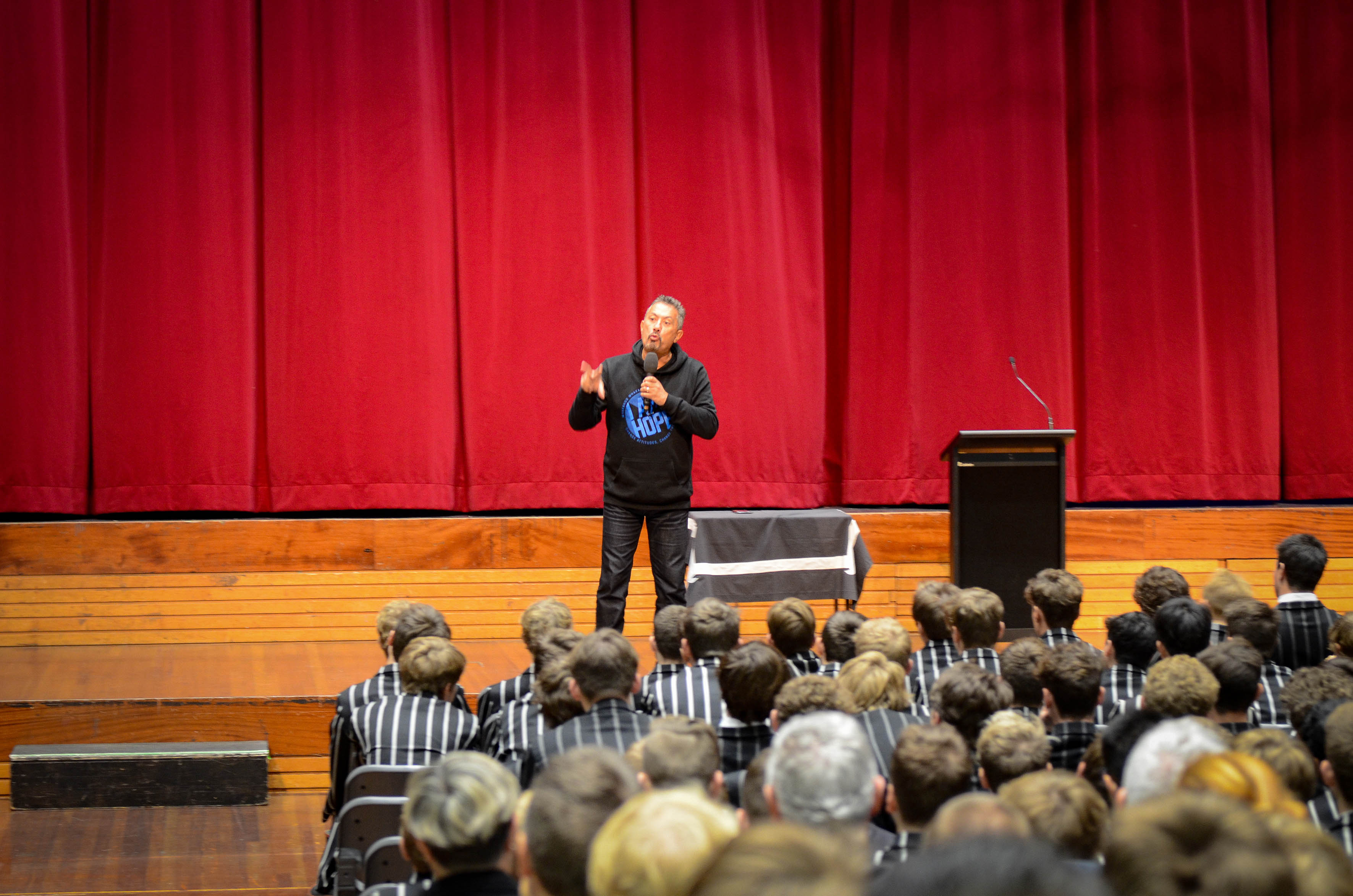 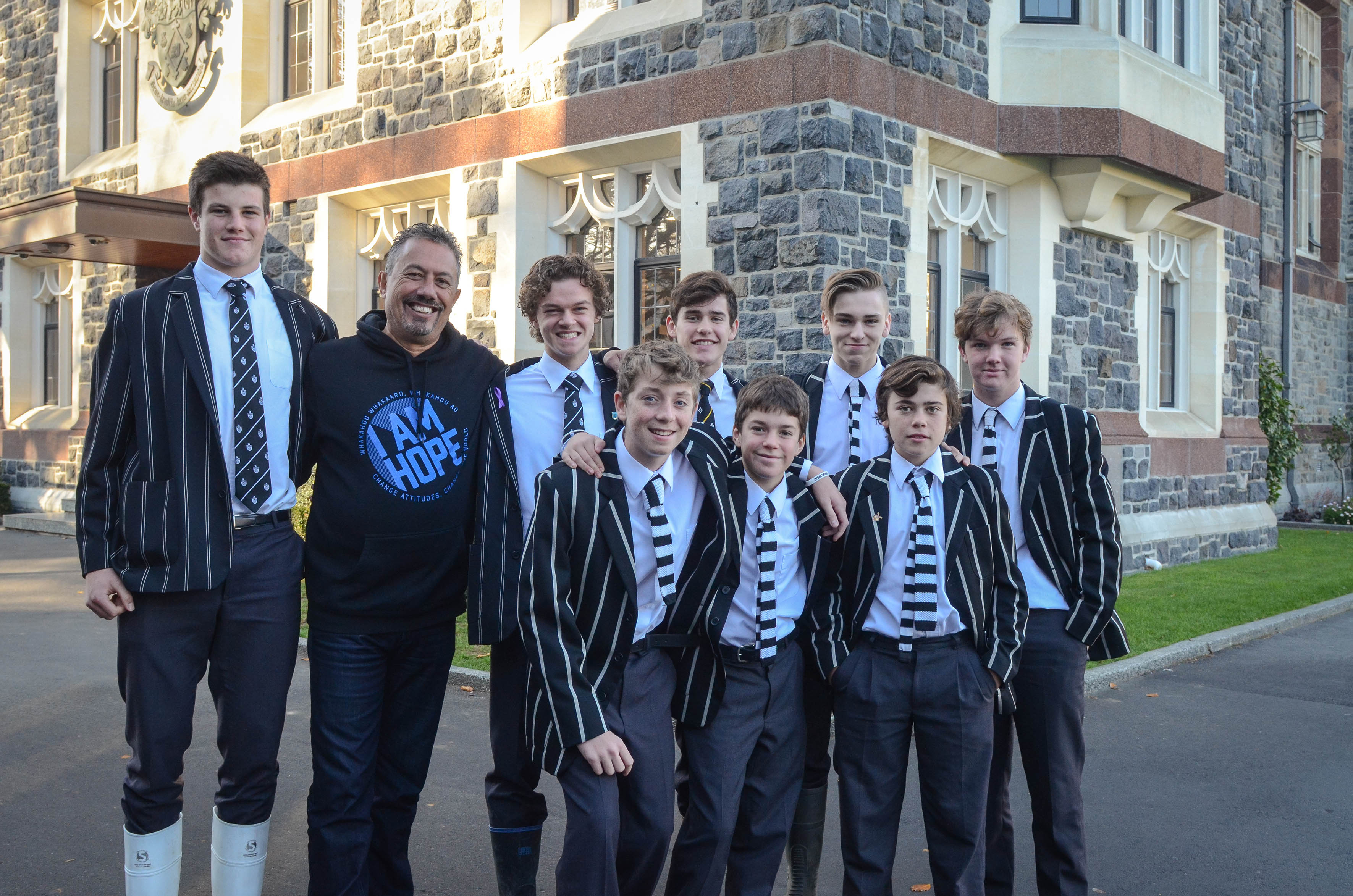 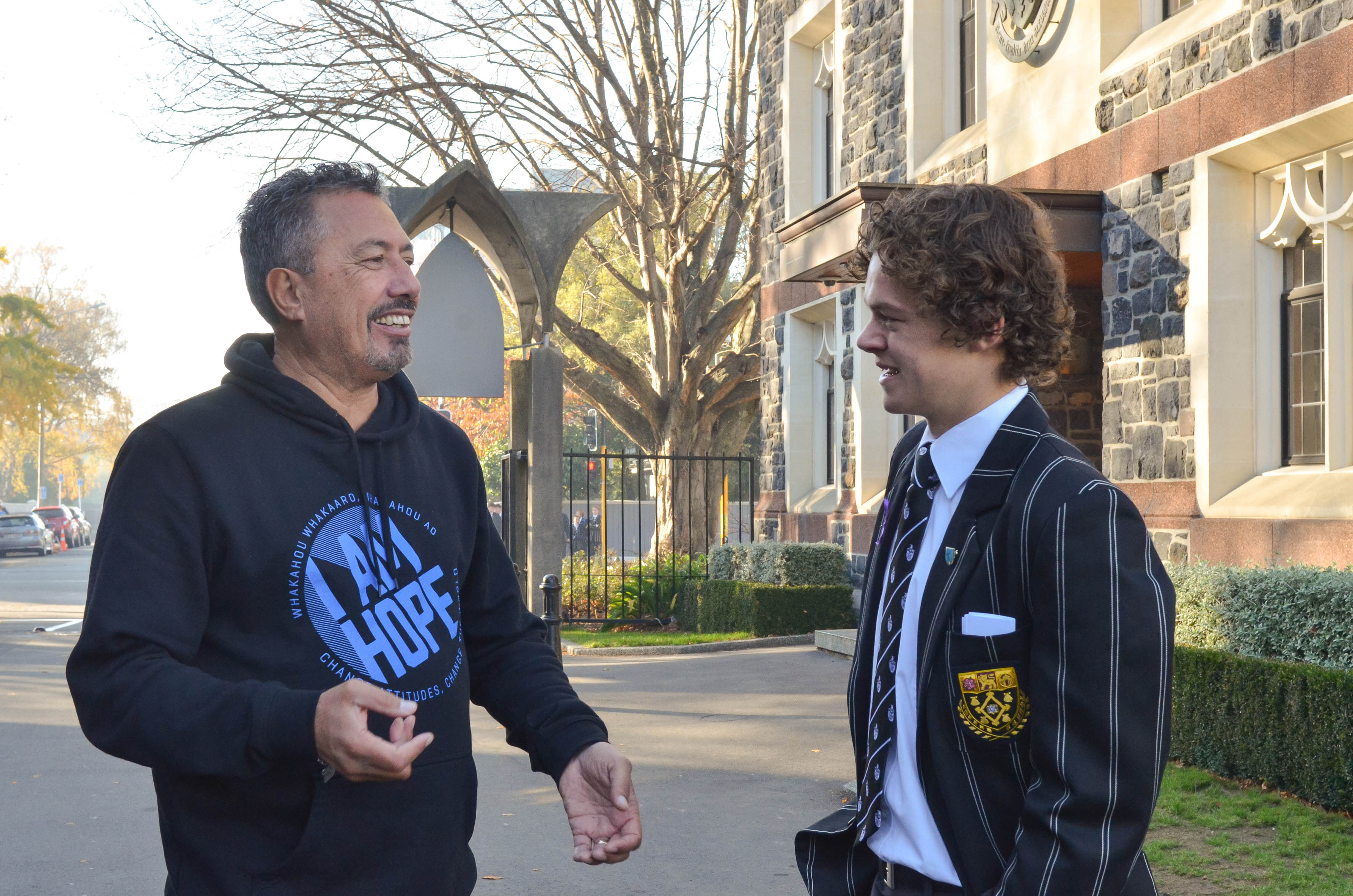 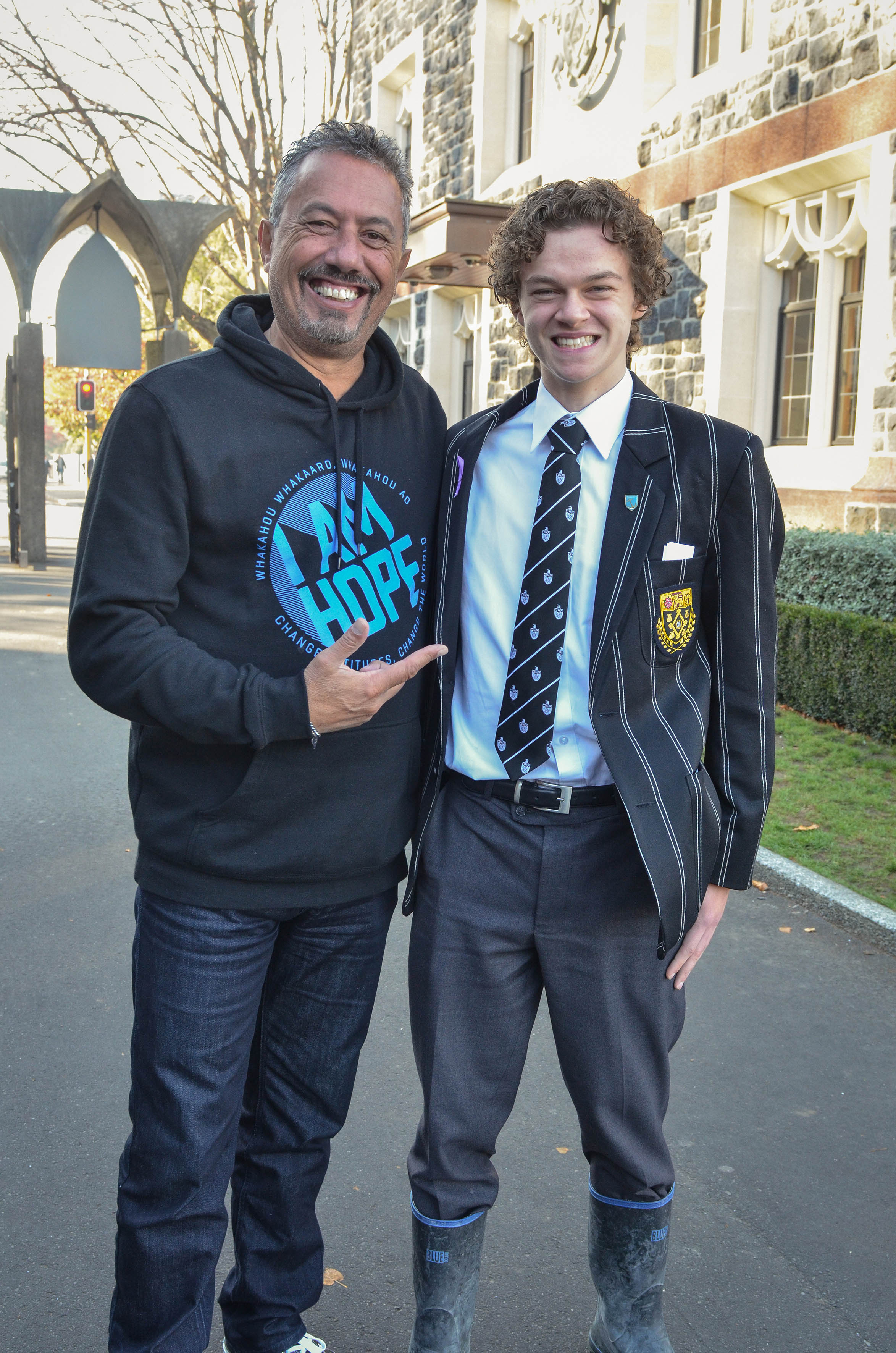