Will wins the Junior Speech Competition

Will Pryor won the Junior Speech Competition in the Chapman Room today, the judge Jacq Gilbert from St Andrew’s College, describing his speech on cell phone dependency as having all the credentials, including a “massive call to action at the end.”

Will’s address confronted the issues of cell phone use, and he finished by begging his audience to wake up and “hang up the phone once and for all.”

He called the blue light “the cocaine of colours”, dangerous during the day, and even worse at night, inhibiting sleep, and possibly contributing to cancer and heart disease.

Second place in the competition went to Harry Sharr who spoke about the need to lower the voting age to 16. Ms Gilbert called it a well constructed speech on a serious topic – “youth issues need a youth voice” – with great use of language and research.

Third place went to Levi Astle, whose speech on the TikTok app was “topical, well received, and delivered in a strong voice.” Levi said the app was fun and entertaining to use, and teachers could ensure their class was in a good mood if they allowed some of the period to be spent on TikTok.

Subjects up for delivery by the six finalists ranged from a comparison of electric cars and traditional cars, to the creation of a super virus capable of blowing the world apart to College’s new cell phone use rule. 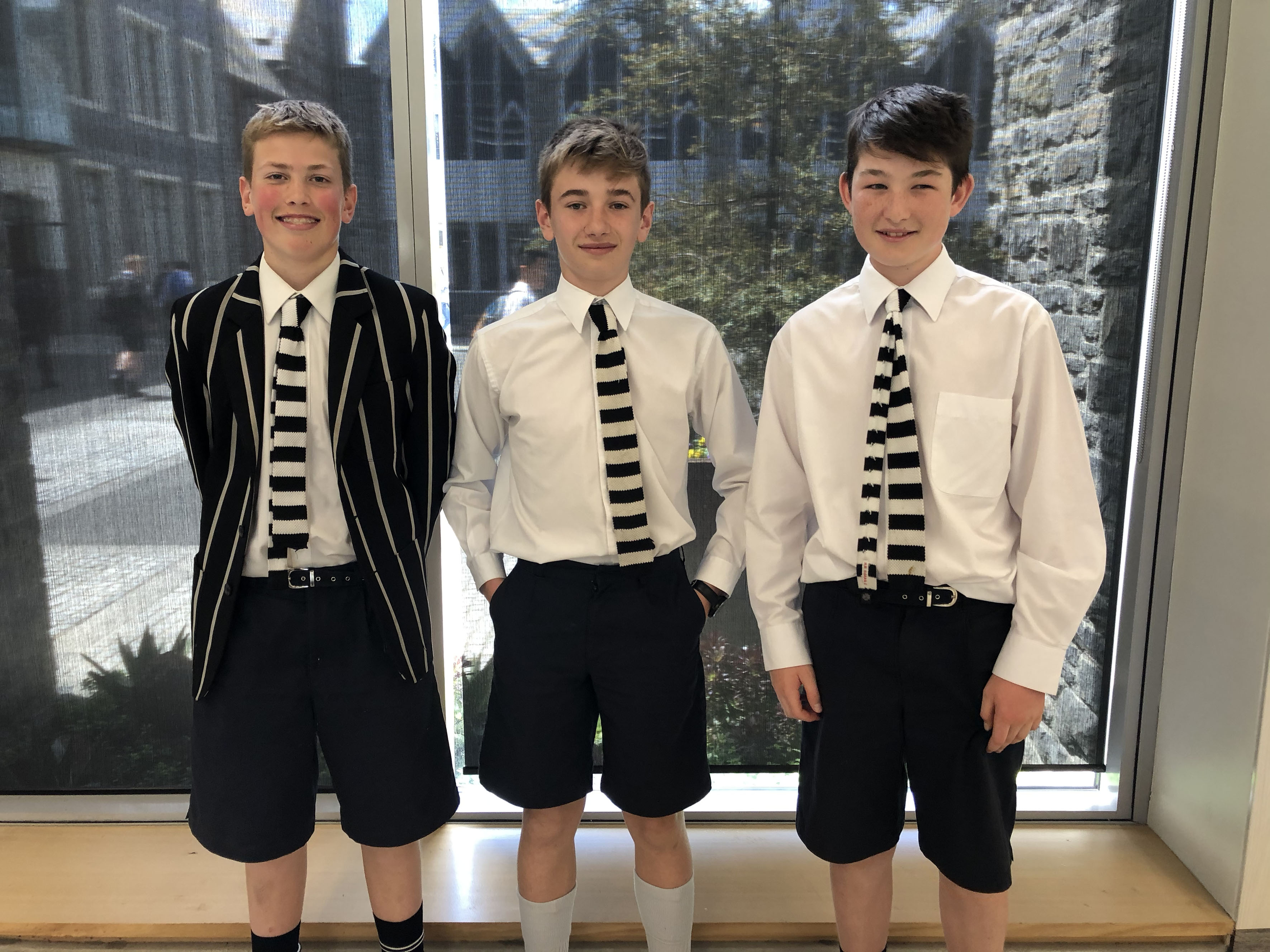 From left: Levi Astle, Will Pryor and Harry Sharr