Old Boys Wills Wynn Thomas and Joshua Murison stood with New Zealand’s elite scholars in the Grand Hall at Parliament on Wednesday 1 May at a ceremony honouring the country’s highest achieving Scholarship students.

The annual awards recognised the students who made up the Premier Award and Top Subject Scholarship Award winners in the 2018 NZQA examinations which assess students against challenging standards and are demanding for the most able.

Garth Wynne described the event as “fantastic”, the students entering to a standing ovation.

“And it became even more exciting when Prime Minister Jacinda Ardern appeared! She spoke brilliantly off the cuff about her own experiences and personal challenges.”

Joe Eccleton it was not so much what the Prime Minister said, “but the way she said it, relating so well to the young people.”

Wills Wynn Thomas is currently studying Mathematics and Physics at Australia National University and last month was awarded the prestigious Sir Douglas Myers Scholarship to study at Cambridge University in England. He will study for the Mathematical Tripos course, furthering his passion for Mathematics and Science.

Josh Murison has begun his studies at the University of Canterbury. 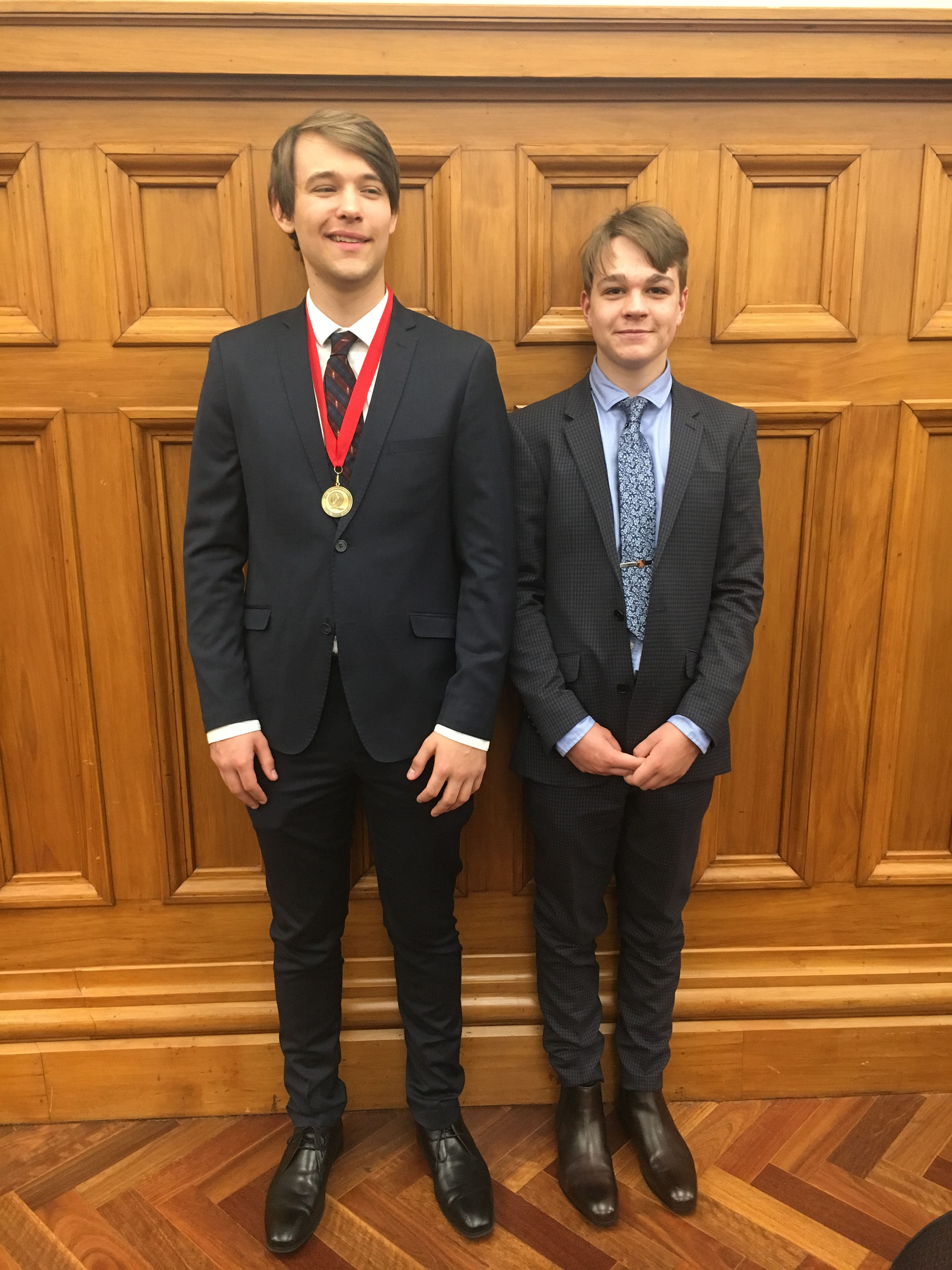