The Aurecon Bridge Building Competition brings STEM (science, technology, engineering and mathematics) subjects to life, encouraging students to think outside the box, unlock their potential and get creative. After weeks of work designing and building model bridges made exclusively of balsa wood, glue and string, on Thursday 5 September it was crunch time.

Each team was asked to introduce their bridge and discuss the design process and successes or difficulties they faced in the building process, and all bridges were photographed and tested on visual appeal, workmanship, creativity, functionality and, finally, strength.

Angus, Jaspar and Greg all said participating in the competition had made them think more seriously about the idea of becoming an engineer. They had originally planned to build a suspension bridge, but had instead come up with a new idea they hoped would be stronger. On testing, their bridge managed to withstand a 12kg load.

Alan, Nathan and Sean also had to change their original design due to technical difficulties while building, but talked about how they came together as a team throughout the process and learned many new things about engineering. Their design was inspired by the triangle – the strongest shape – and when load tested it managed to withstand 29kg. The boys won an Innovation Award and a $500 prize for College, which they presented to Executive Principal Garth Wynne at assembly on Tuesday 10 September. 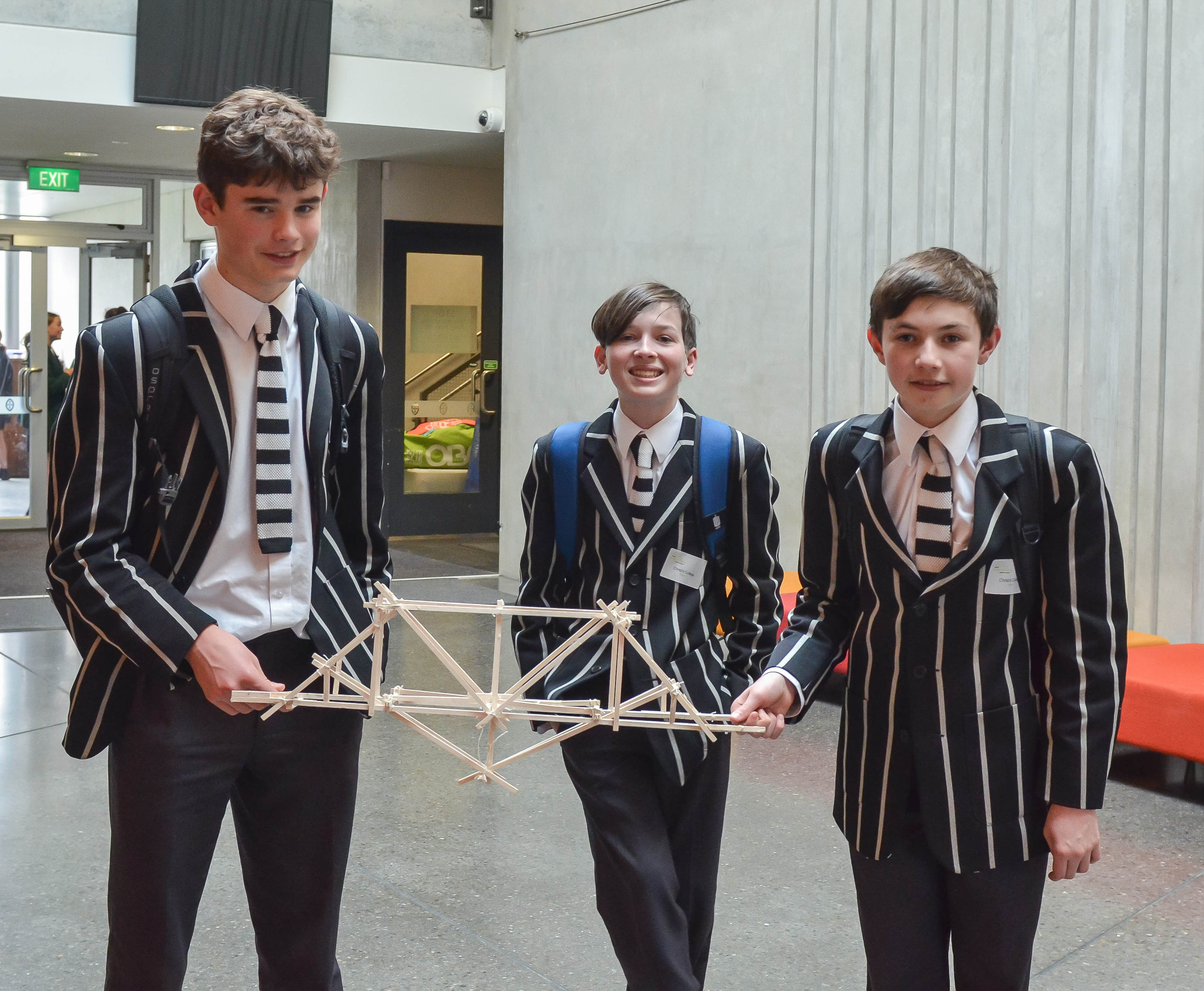 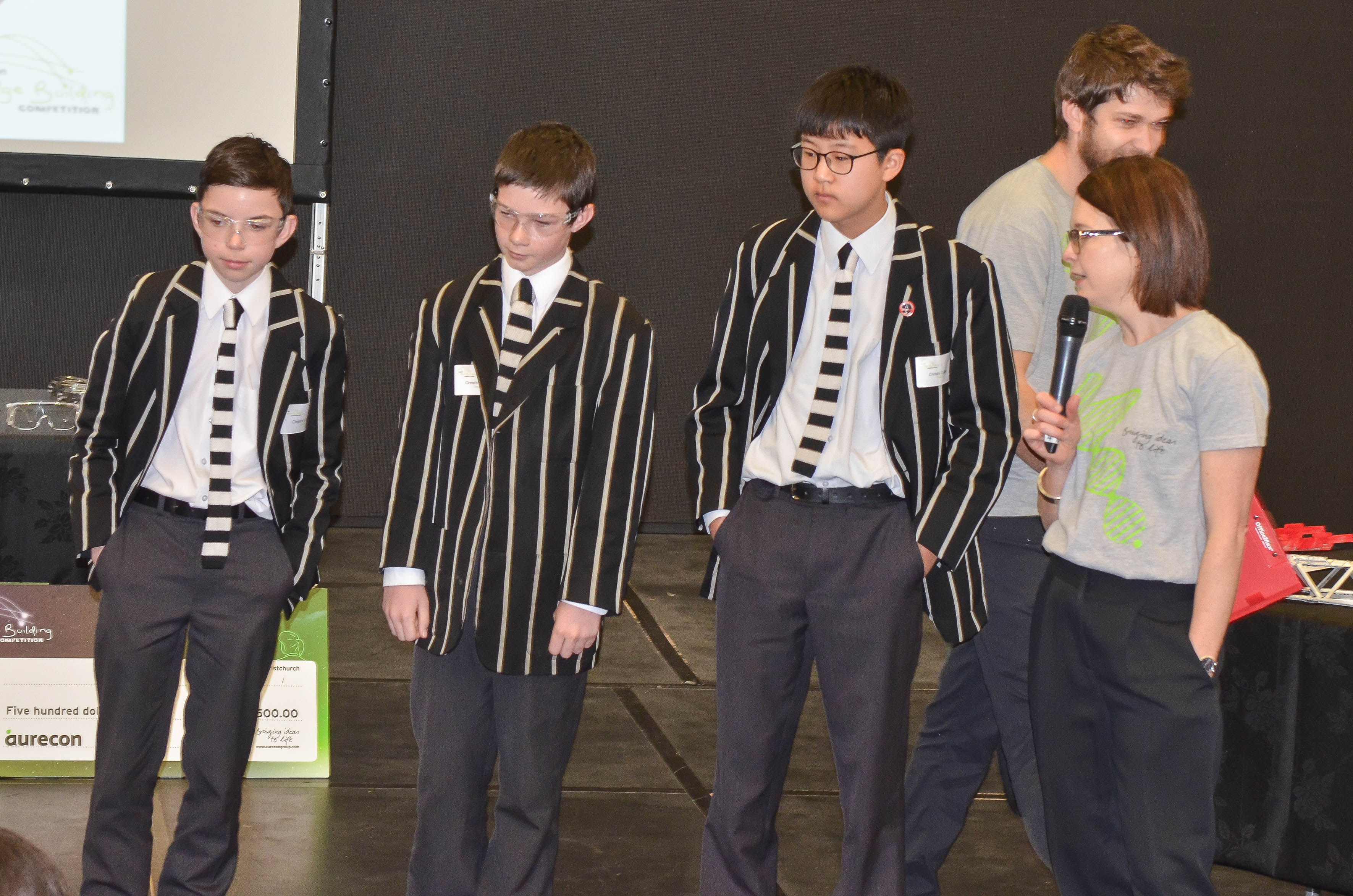 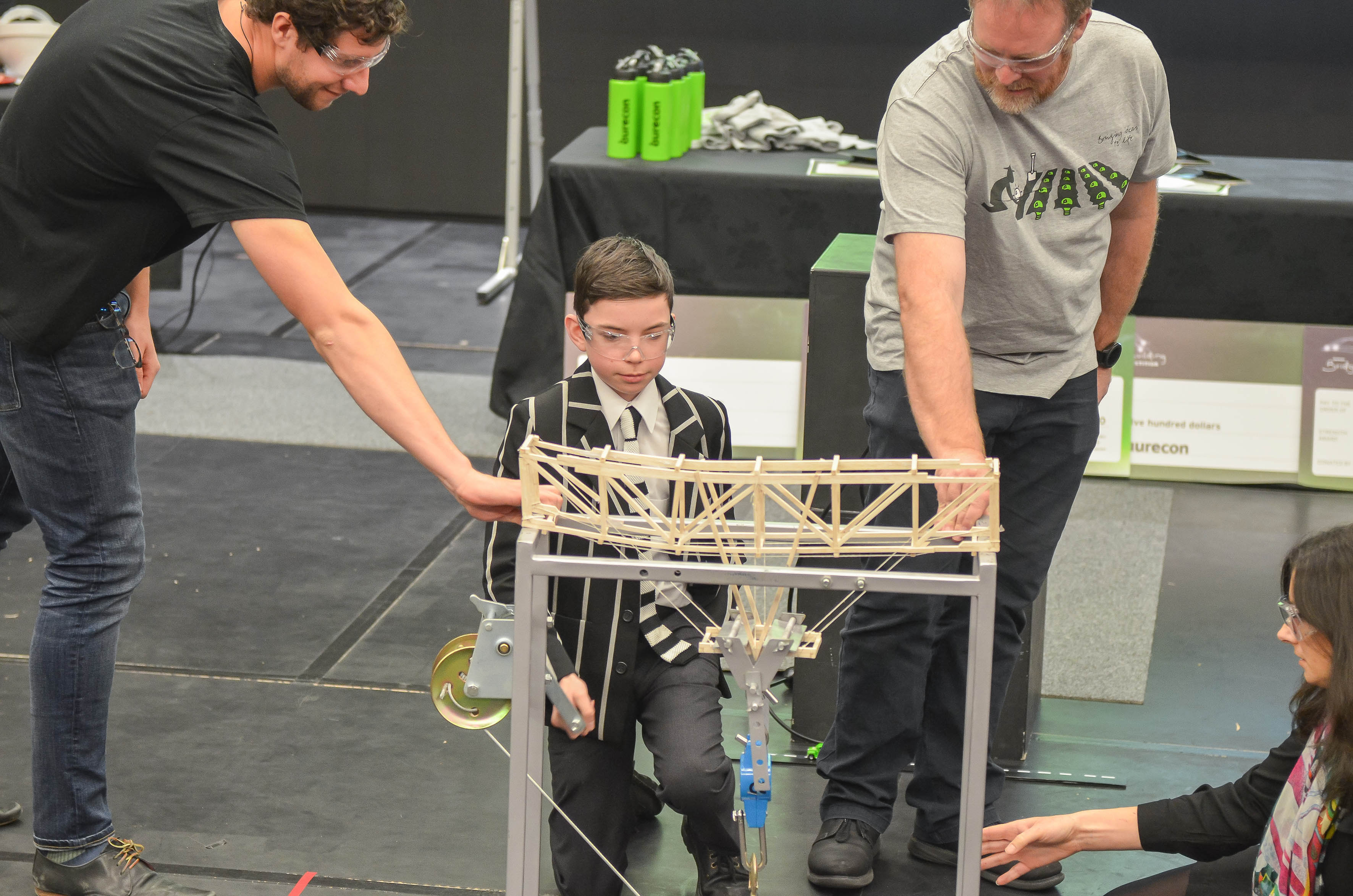 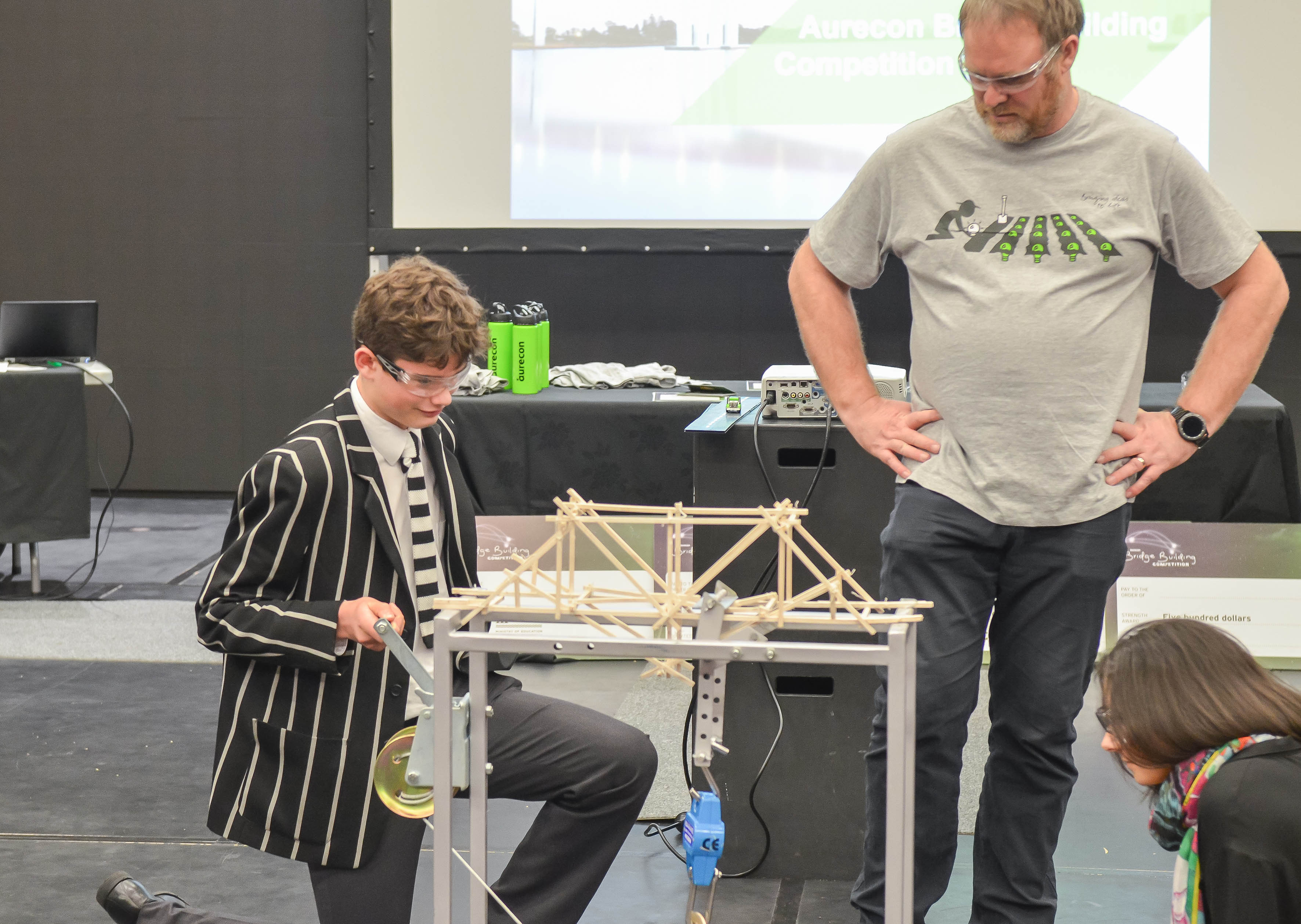 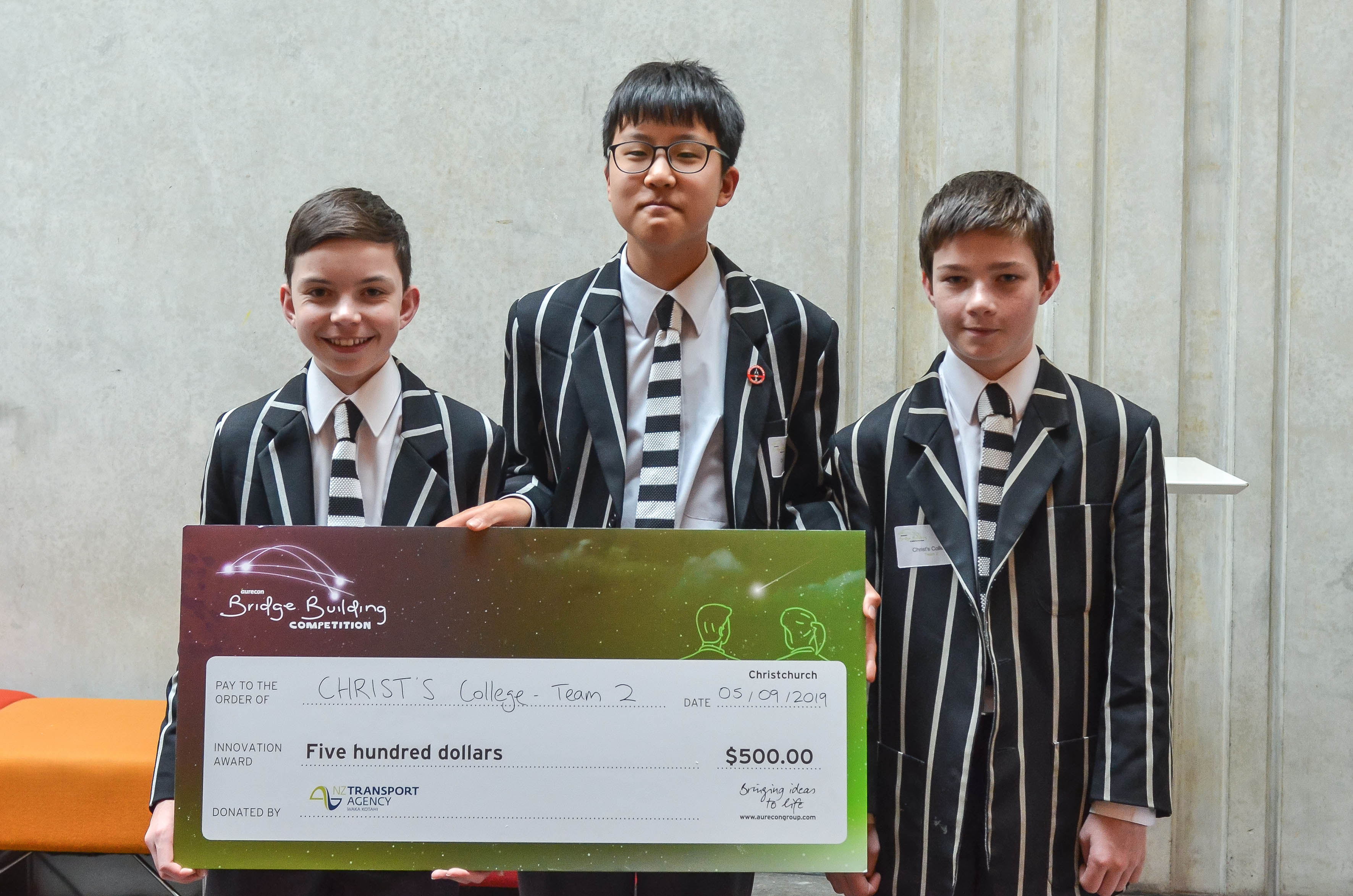