Physics teacher Dr Andrew Taylor has created a unique aerospace themed Christmas card as part of his “Astronomy Looking Down” project. The image – in appropriately festive colours – shows the Southern Cross and Pointers (Alpha Centauri and Beta Centauri) scaled to fit and spread across north Hagley Park from the river to Deans Avenue.

To create the image, Andrew tracked the orbit of ESA radar satellite Sentinel-1, identifying a window of opportunity early on the morning of Saturday 2 November. He and his willing helpers, Year 10 students Michael Taylor and Thimeth Wijesinghe, then placed the reflectors in carefully calculated positions – and, right on target, Sentinel-1 traversed the skies above and captured the stars below.

The reflectors were created from aluminium coated panelboard, cut commercially and fabricated by Andrew’s colleagues David Newton and Edwin Flores, making it a truly collaborative departmental effort. And while they were deployed in the shape of the Southern Cross for this project, Andrew says the sky’s the limit in terms of the constellations these strong sculptural shapes can create.

“The Southern Cross is perhaps the most familiar star pattern in the Southern Hemisphere,” says Andrew. “We’re a faith-based school, so it seemed appropriate to reflect that – recreating one of our most iconic constellations in a way that also acknowledges our Anglican foundation.”

The limited edition cards are on sale at Reception for $10 a pack, with all proceeds going to support the work of the Christchurch City Mission. 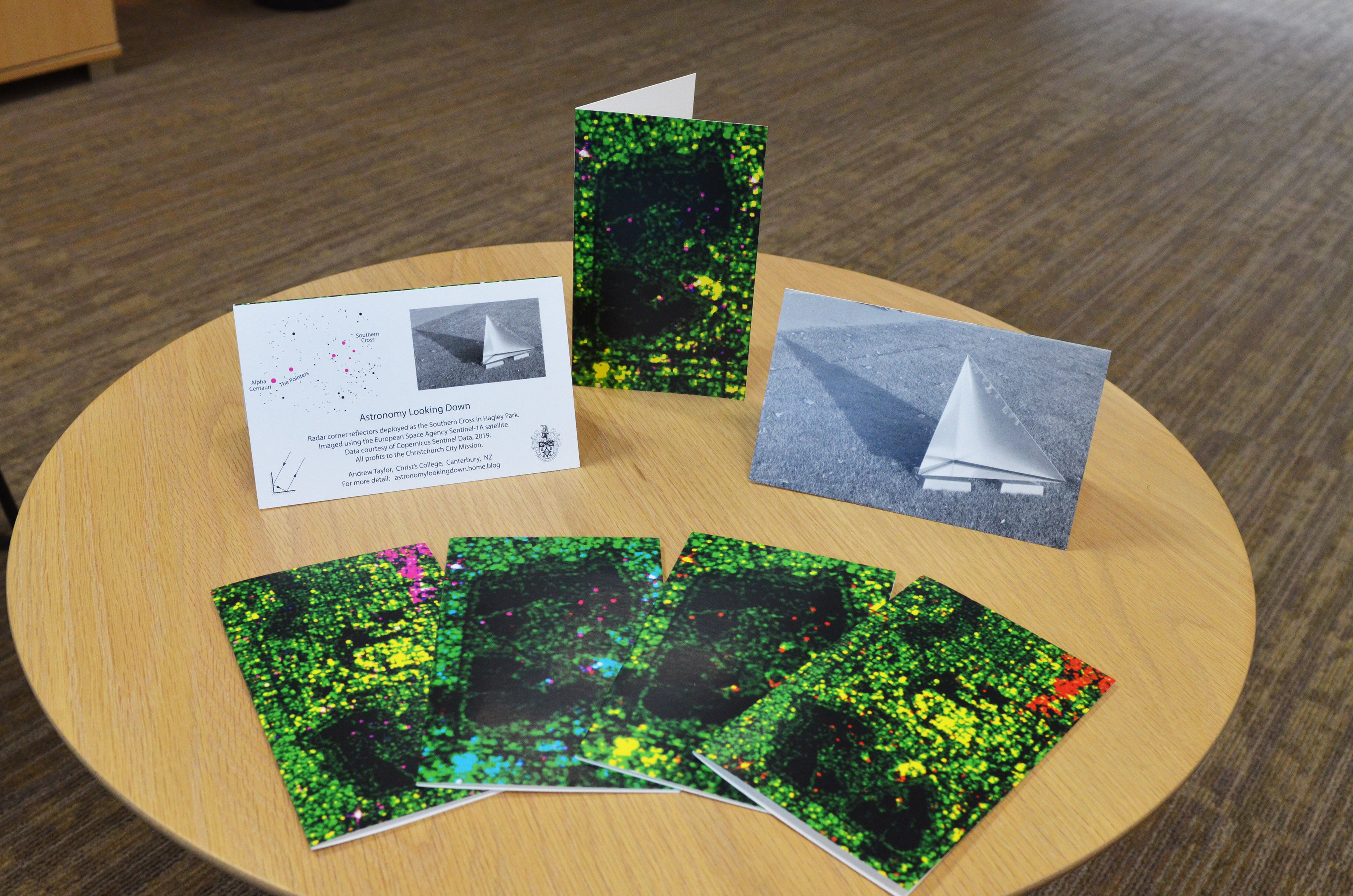