The pause before the winning band was announced seemed to last forever ... but then it was out: Run77 had taken first place in the Canterbury regional final of Smokefree Rockquest 2017.

Despite, according to Angus, some “questionable dance moves and fist pumps”, their many hours of practice meant they were well prepared, brimming with enthusiasm, and ready to rock. The band worked tirelessly in the lead up to the event, at school at 7am every morning to rehearse, focusing on musicianship as well as stage presence.

Rock band tutor Nolan Hungerford says they played incredibly well. “The judges said they were looking for the whole package and, from start to finish, they played with consistent quality, their songs were well structured, well edited and commercially viable.”

For the next stage of the competition, Run77 have to add a couple more songs to their repertoire and prepare and submit a 15-minute performance video. The top eight bands will be announced at the end of July and the national final will be held in September.

The band says “massive ups” to crew Liam Allan and Erik McBride, and to College for supporting the rock band programme.

Click here to read about Run77 performing in the Town Hall 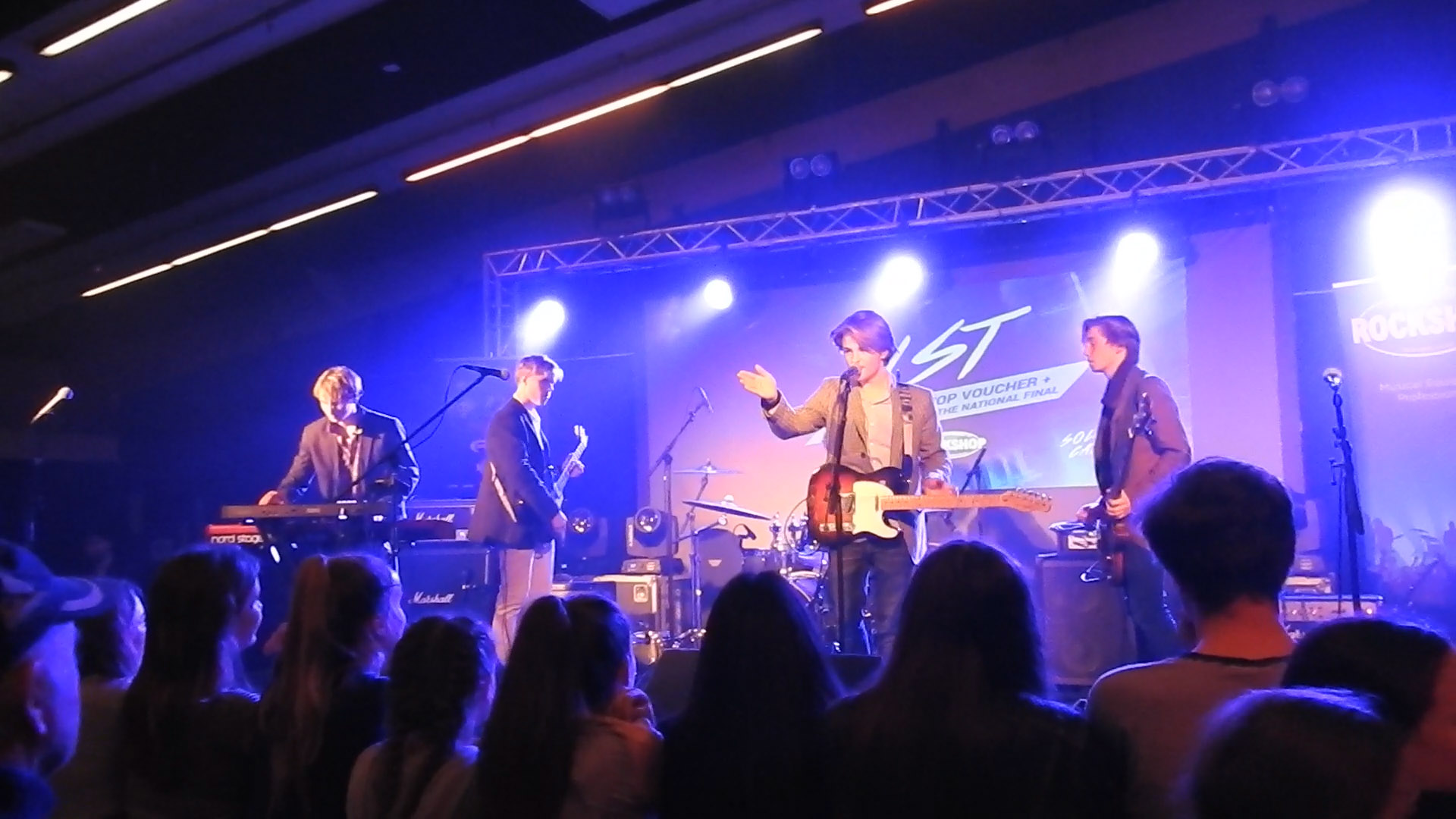