According to French philosopher and author Albert Camus, “A man without ethics is a wild beast loosed upon this world”. There were no wild beasts in evidence at Christchurch’s inaugural Ethics Olympiad, however, just interested and interesting young people discussing some meaty ethical conundrums.

At its simplest, ethics is a system of moral principles, affecting how people make decisions and live their lives. Ethics is concerned with what is good for individuals and societies, and looks at rights and responsibilities, and moral – good and bad – decisions. “Everyone has some degree of ethics,” says Claude Tellick. “Ethics prepares you for the diversity of life and develops critical thinking skills, giving you a better understanding of the complexities of the society you live in.”

An Ethics Olympiad is a competitive yet collaborative event in which students analyse and talk about real life ethical issues and can demonstrate they have thought deeply and perceptively about the topics being discussed.

“It’s kind of like a debate, but in a different environment” says James Currie, “It’s not confrontational, you’re not trying to argue a particular point of view, but you have to create a dialogue and present your case based on what you believe is ethically correct.”

“The format is better suited to people who aren’t as confident at public speaking,” says George Gearry, “It’s pretty much just a conversation, it’s a lot more relaxed and you can take whatever stance you like.”

With two ethical issues explored in each round of the competition, the boys considered a number of topical issues before the final, where they discussed the ethics of drone warfare and de-extinction (bringing back previously extinct species).

Teams from schools across the South Island attended the Ethics Olympiad, held at the Town Hall on Thursday 6 June. There is no debate over the fact that these College boys agree it was an enjoyable and stimulating event. 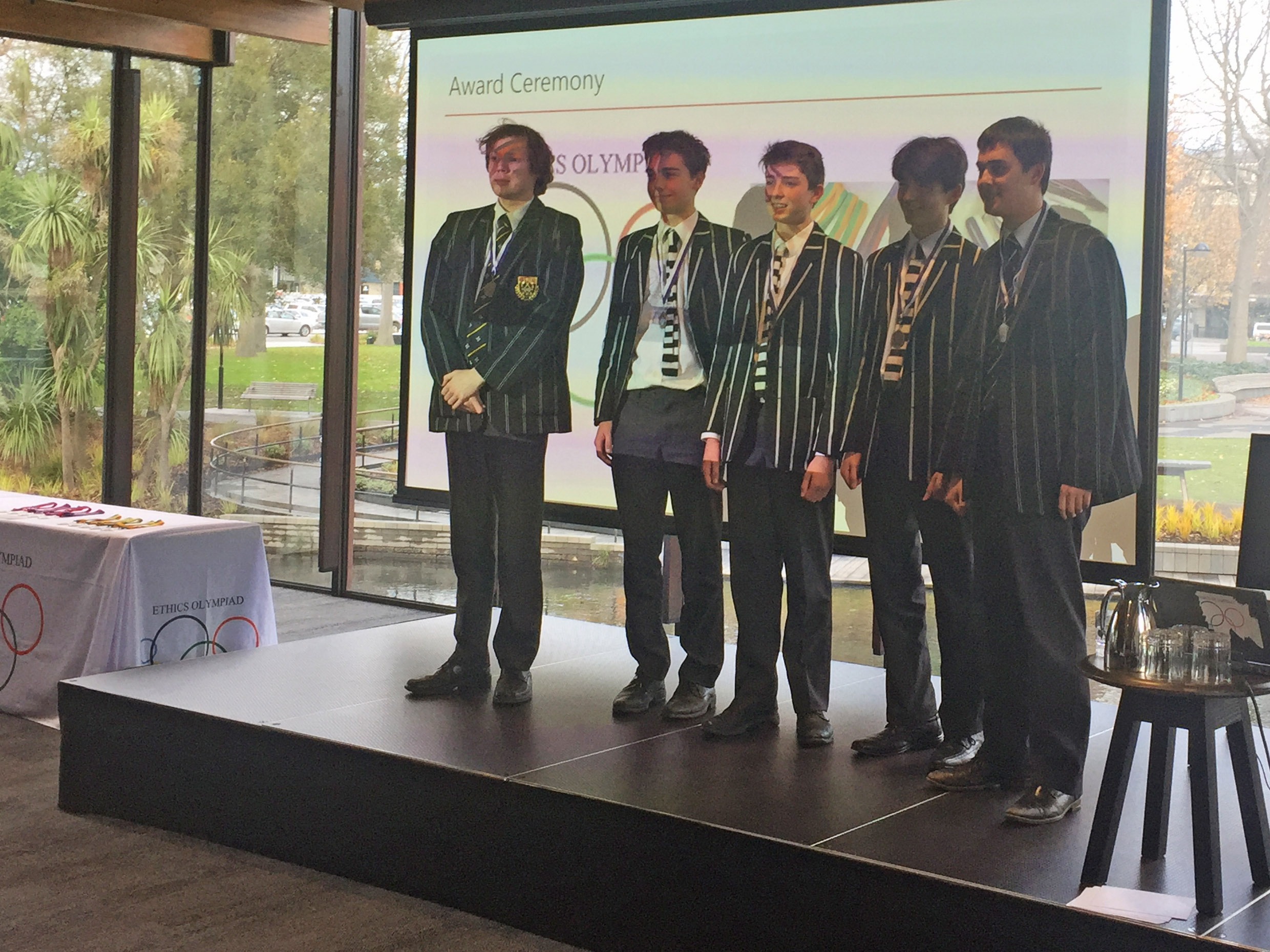 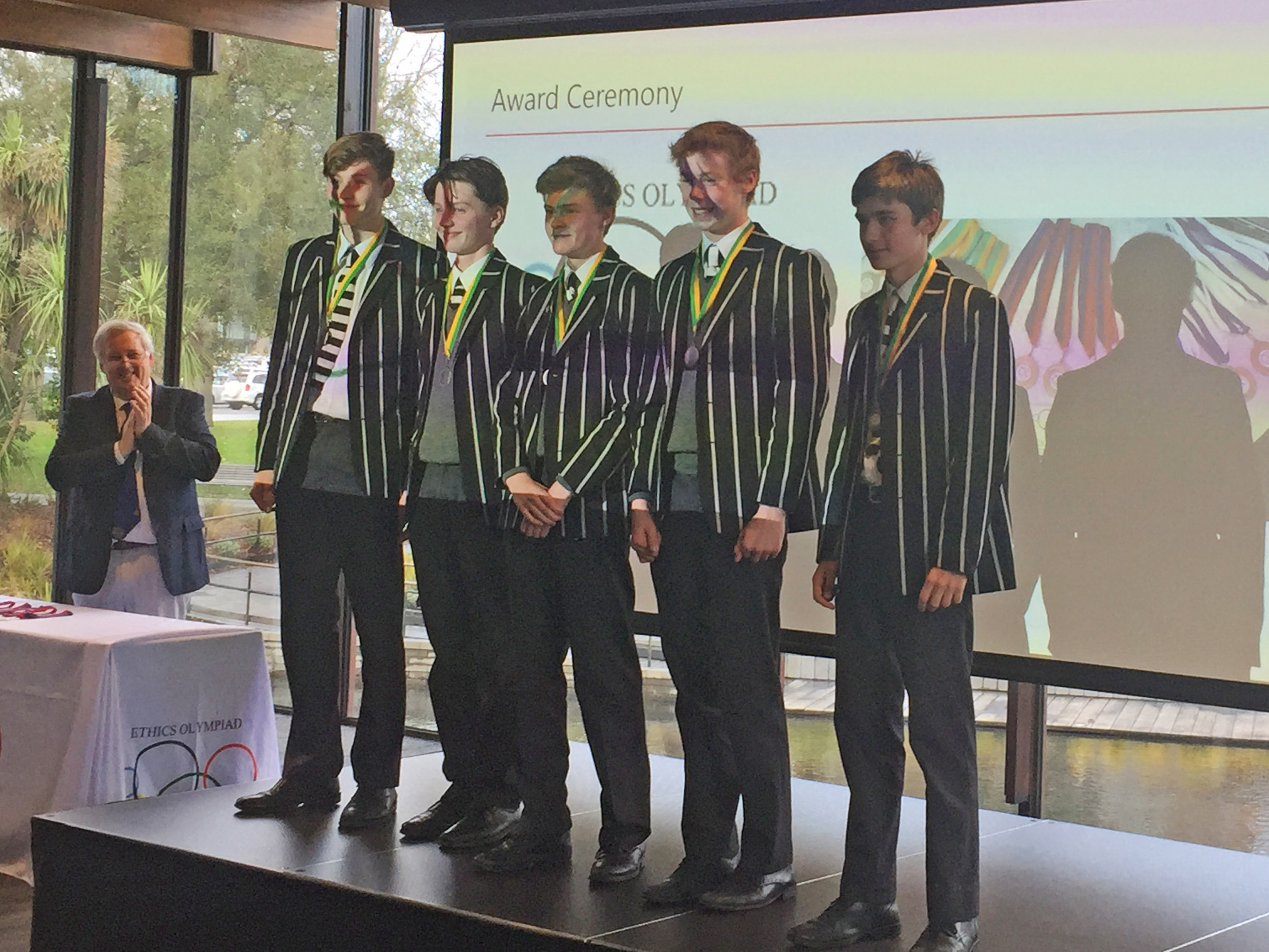