This production of Jesus Christ Superstar also marks a special moment for College, as the show involves five Old Boys. Three actors – Nic Kyle as Jesus, Cameron Douglas as Simon, and Jack Marshall as Bartholomew – plus musician Tim Sellars in the band, and David Bosworth in the set construction crew. All regularly work at The Court Theatre and have all worked together at different times, but their paths didn’t cross at school.

Currently based in Vancouver, Canada, Nic was delighted to take up the opportunity to return to Christchurch to play the lead. He credits Director of Drama David Chambers with the impetus for his acting career. “The entire reason I have a career in theatre today is the influence David had on me in my last few years at College. Without his help and inspiration I wouldn’t be an actor today. He had the foresight to cast me in Les Misérables at College in 2004, many years before I saw my own potential.”

David says societal attitudes to drama have changed so much during his career. “Over half our boys are involved in drama in any one year and treat it with the same respect they give to the rest of the curriculum. They learn the same things on the stage that they learn as part of a sports team. It teaches them to think critically, relate to others, effectively communicate verbally and through body language, manage their time and contribute to large scale projects.

“The spark and the glow that happens when a boy realises he can do this well is amazing.”

At Christ’s College from 1995–99, Cameron Douglas predates his younger colleagues, having missed Nic by a year. Jesus Christ Superstar will be his 29th show at The Court. “I played Oliver when I was at Medbury School and learnt drama from Yvette Bromley, which got me hooked. Then I had a break from acting and concentrated on sport until I got a part in a musical called Children of Eden at College in my final year. David Chambers inspired me to continue pursuing performing arts by auditioning for NASDA. Legend.”

Most recently, Cameron has been playing gigs and cruise ships with skiffle rock and roll band The Goldonies, which also features Tim Sellars. The Goldonies were formed as the show band for The Court Theatre's production of One Man, Two Guvnors in 2014 and broke through to become a band in their own right.

Drummer and percussionist Tim Sellars began working at The Court Theatre in 2010 in Cabaret. “Coming out from study, I never thought I’d end up playing this many theatre shows in my career. I love the variety each show brings.”

When not working in theatre, Tim is a freelance and session musician and a member of the Forte itinerant teaching unit at Hagley College, teaching drums and percussion. He is leader of world band Mukhlisa, which focuses on Middle Eastern percussion instruments in combination with flute, double bass and guitar. Mukhlisa released their debut album The Puzzle in 2017. 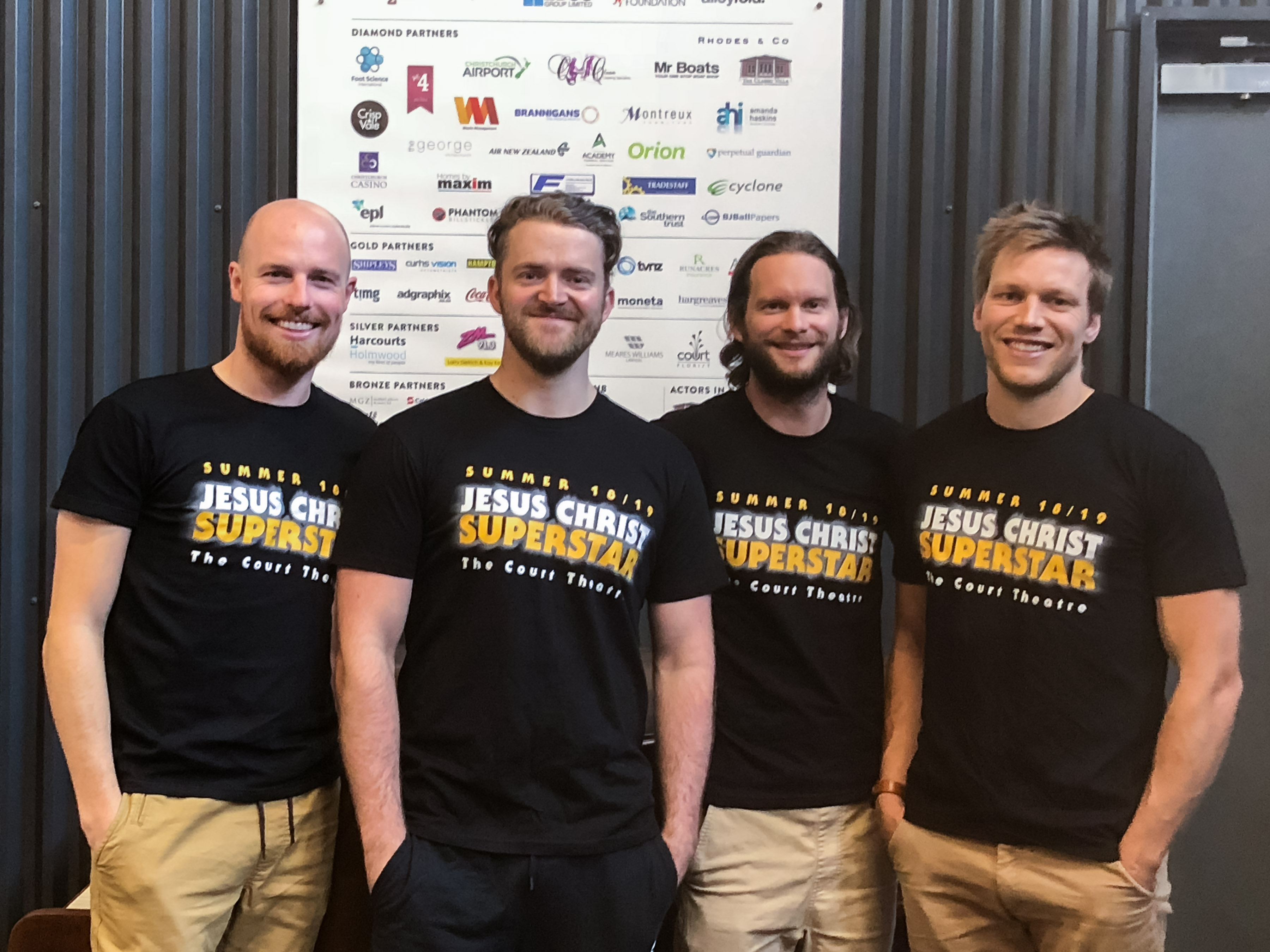