Jacob Douglas of Rolleston House, a multi time New Zealand kart racing champion, had an exciting September holiday – in Italy winning the 2019 Rok Superfinal by a 2.1sec margin in a 34-strong international field.

The Year 9 14-year-old spent five weeks’ motor-racing in Europe, and was selected by the FIA as one of the top 50 drivers in the world and invited to the FIA-CIK World Academy and World Championship. Jacob was the first New Zealander to be selected; he competed in three championships in the five weeks, and tested almost every day in between.

“Winning the 2019 Rok Superfinal was a big thrill – it was 12 laps, and took around 10 minutes. It was pretty fun and a big adrenalin rush.”

Lap speeds of around 120ks don’t worry him and he relishes the opportunities for good judgement, precision, and risk taking. (Ironically he won’t be able to gain a New Zealand driver’s licence for another two years!)

Jacob’s team at the Rok World Championships in South Garda, Lonato, northern Italy, included another New Zealander as well as other English speaking crew. It was the young Cantabrian’s third time to represent New Zealand in three years in his class of racing this time against 102 drivers from 53 countries.

Jacob has won the New Zealand championship twice in a row, and he has also won the championship of Thailand in Round 2.

In mid-November he will be off to Las Vegas for the Super Nationals, driving against mainly Americans and Canadians, where he hopes to continue his winning way.

After that he’ll be back at Kart Sport Canterbury’s track at Halswell, honing his skills like he has since he was eight years old.

“I definitely want to keep driving. My aim is to get to Formula One.” 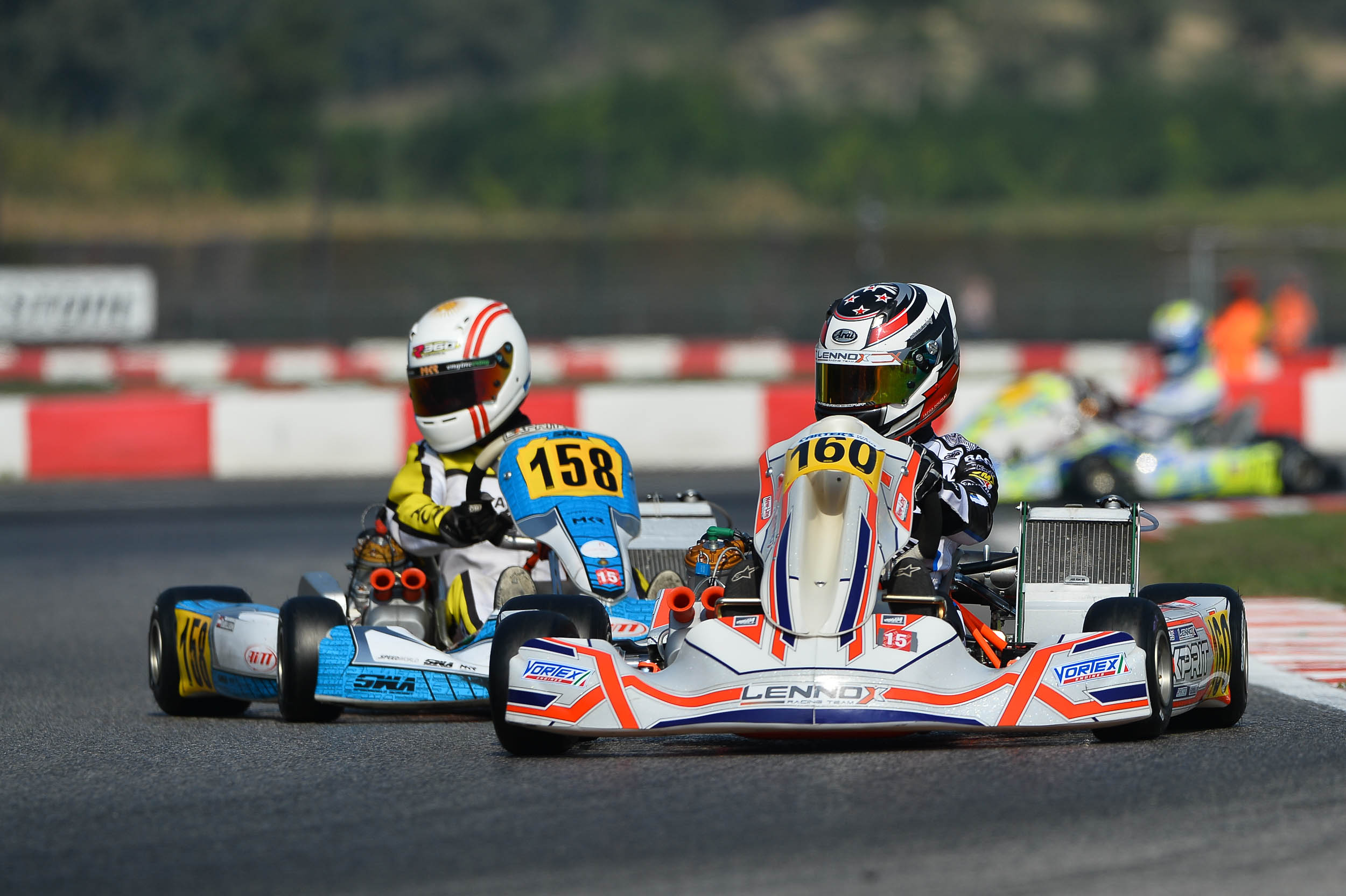 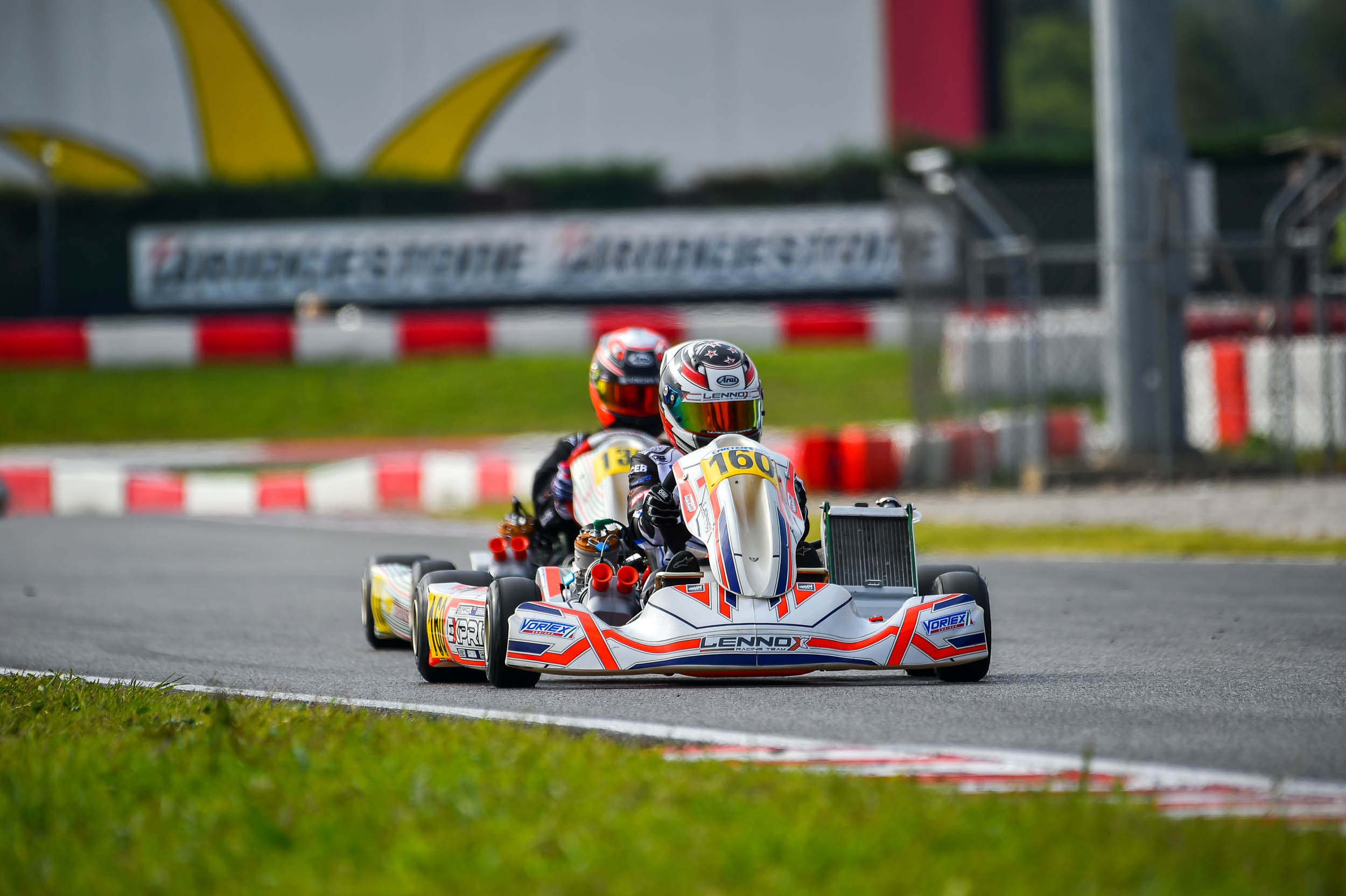 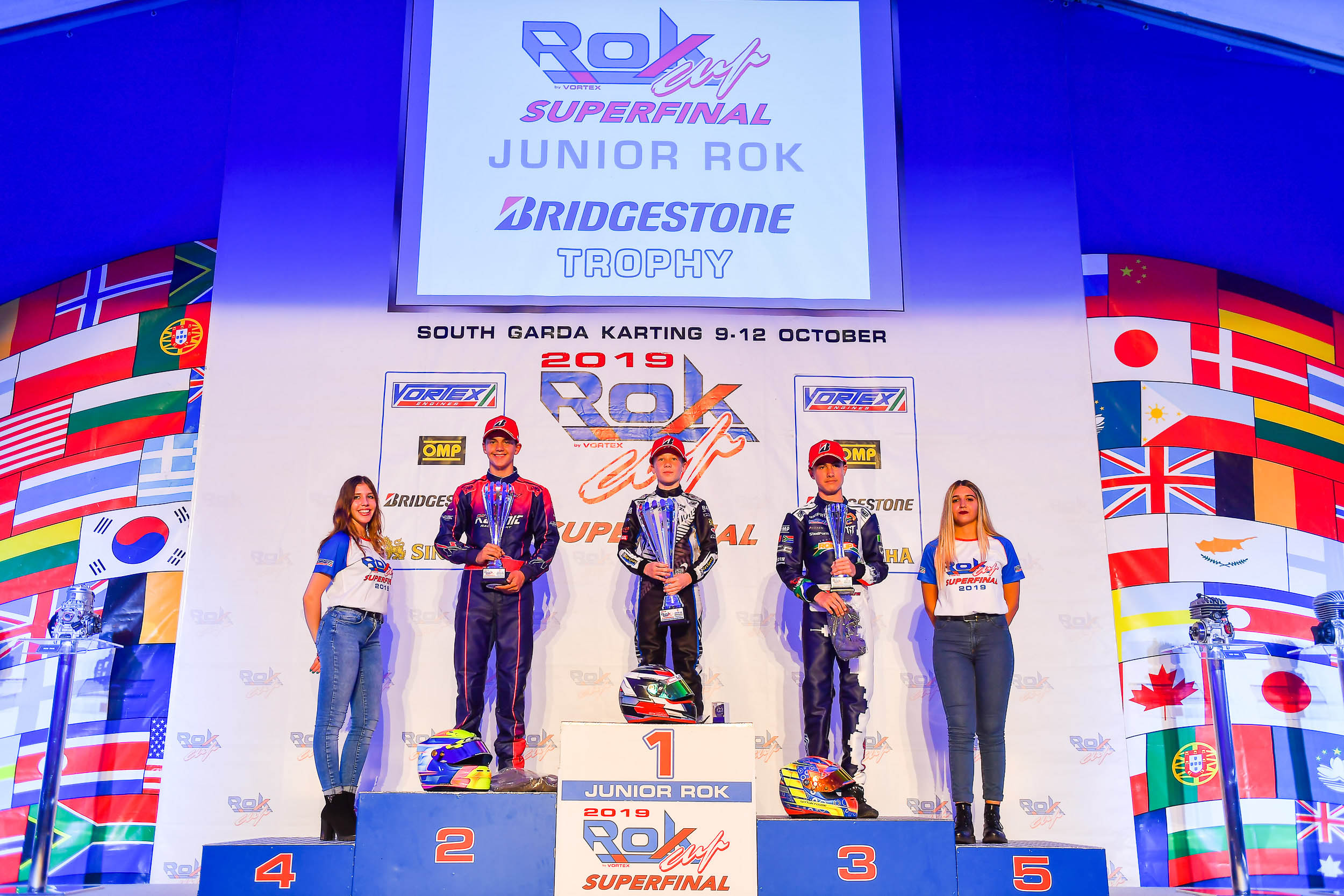