They selected the Round Square IDEALS of Democracy and Adventure as themes for the day, but first chose to explain exactly what Round Square is and why it is important.

Round Square – the name – is simply the name of the building at Gordonstoun, Scotland, where the first conference of the original member schools took place and the ideals of Round Square were worked out. It is the IDEALS of Internationalism, Democracy, Environmentalism, Adventure, Leadership and Service that connect all schools that belong to the global Round Square network – giving their students the opportunity to take part in global and regional conferences, go on international exchanges and volunteer for life-changing projects around the world.

So, to Democracy – what it means, how it plays out, who it affects. In democracy everybody has a say and, to demonstrate democracy in action, Dominic invited the boys to vote on how College uses the Quad. “Do we want the Quad to be a place where we can have fun?”

After an overwhelming “yes” vote, the committee announced there would be bumper balls on the Quad at lunchtime. Bumper balls (round), the Quad (square), plus a whole lot of fun – as Henry pointed out, it can be seen as a metaphor for membership of Round Square.

And it was a large crowd that gathered on the Quad at lunchtime, jockeying for position and the opportunity to strap themselves into giant inflatable bumper balls. Henry and the Round Square committee corralled the waiting boys into some semblance of order, while International Student Manager Deanne Gath acted as timekeeper and, 12 at a time, they were off – bumping, bouncing, flipping, rolling, bashing and crashing, laughing and shouting – and thoroughly enjoying the Adventure. 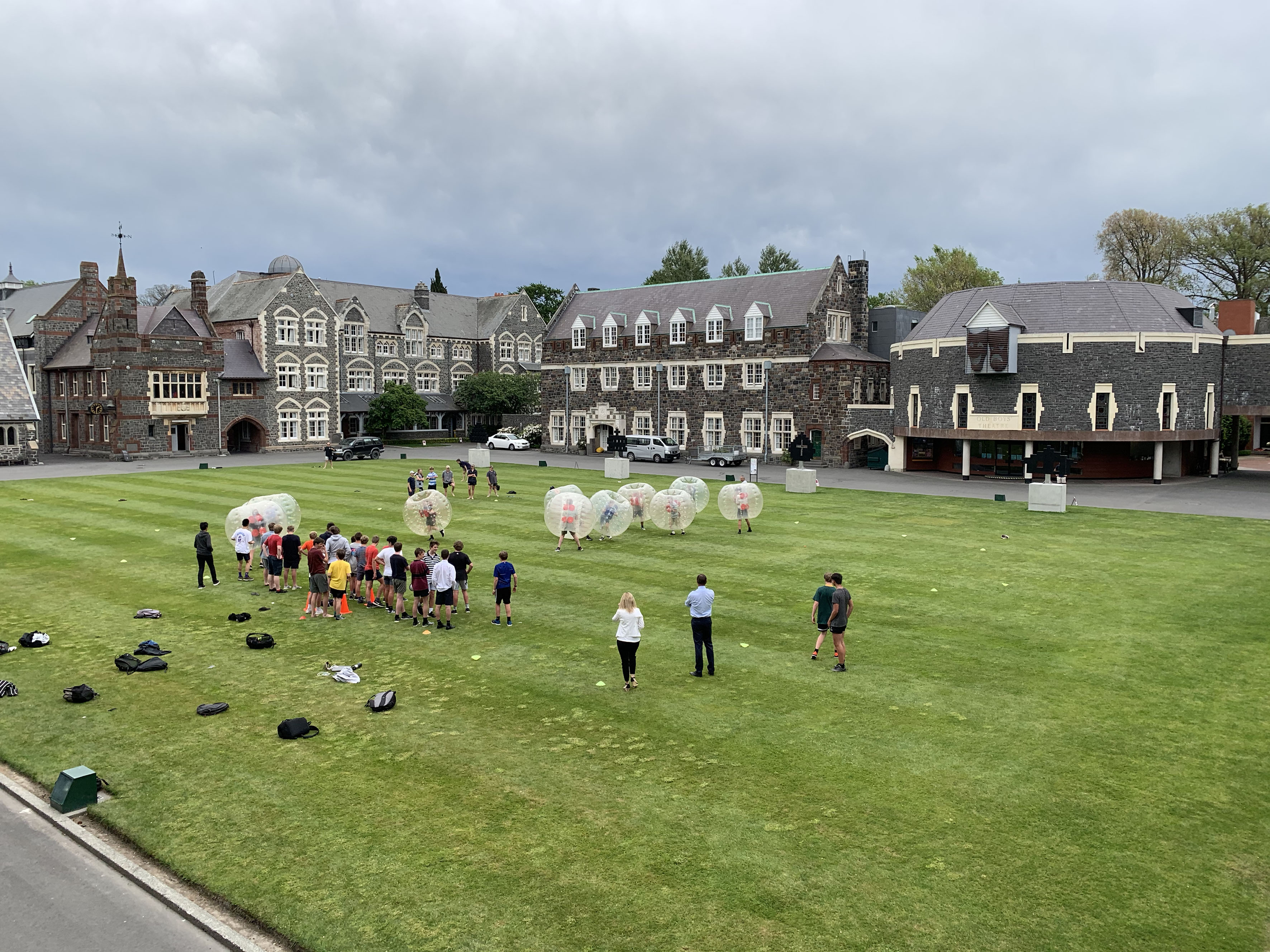 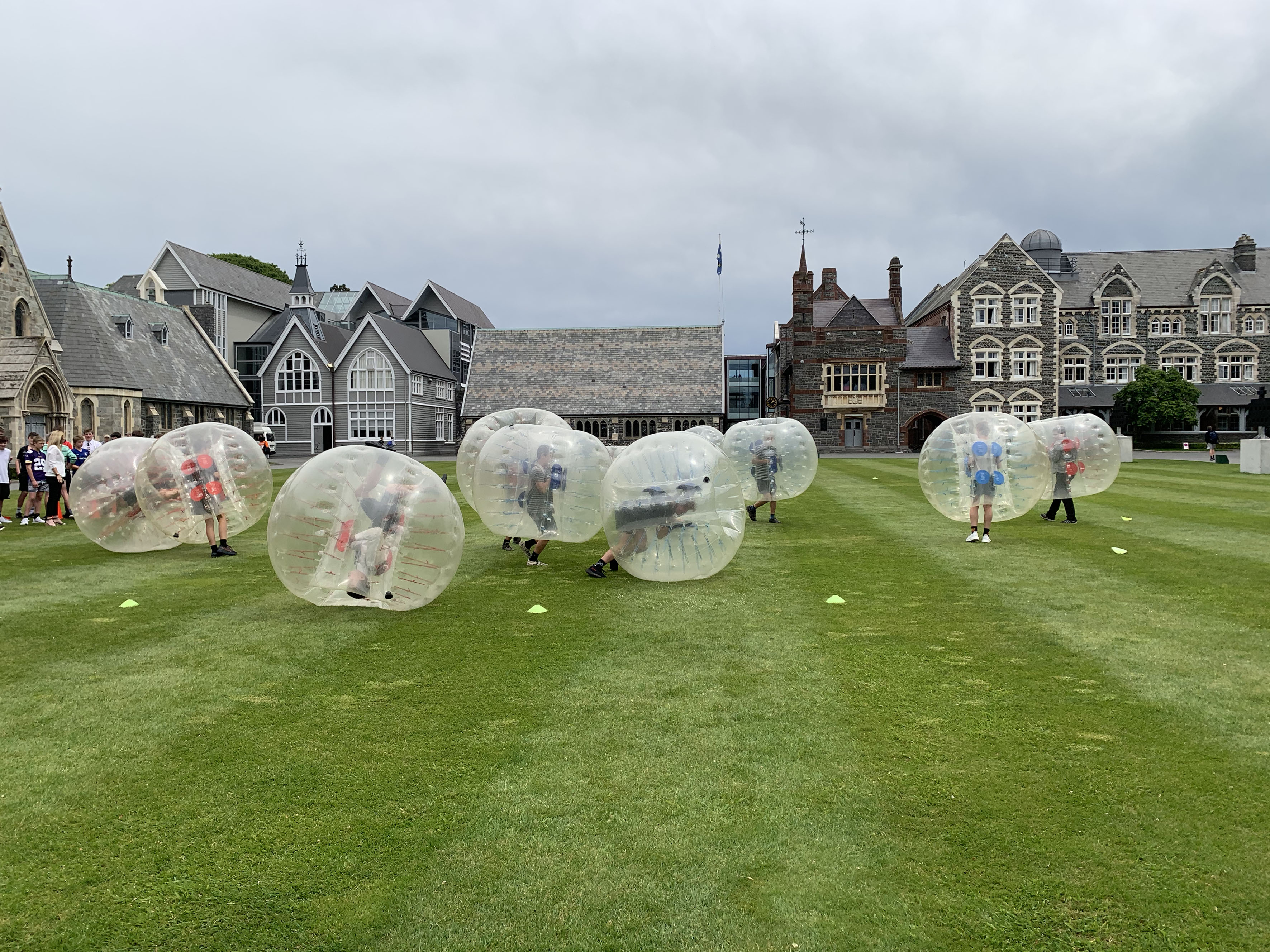 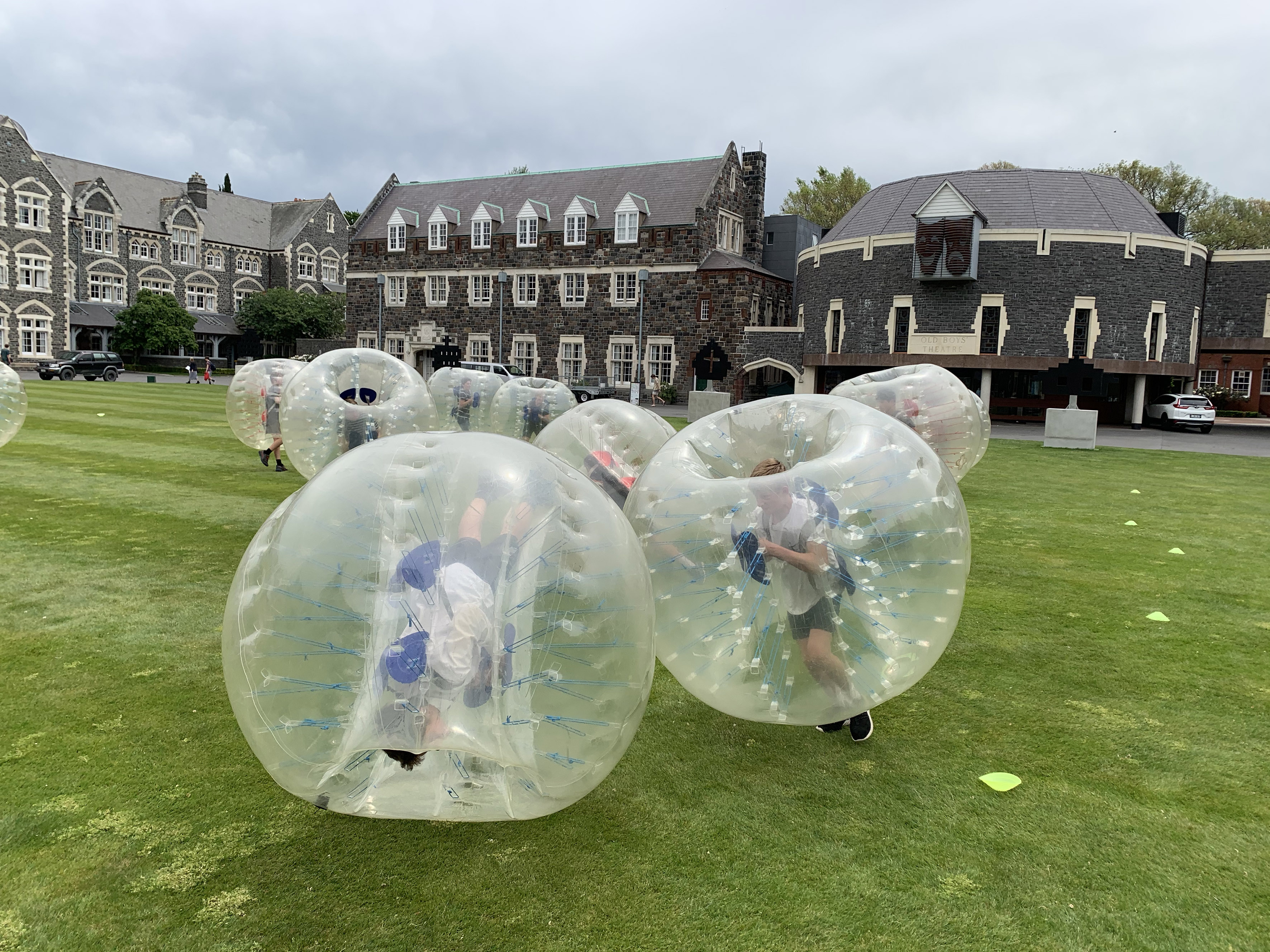