Honours for College at Zonta awards

Head of Sport Louis Clark powered through the field at last night’s Zonta Sports Awards, putting College on the podium before an audience of more than 350 parents, families and friends.

Louis took the award for the person who has achieved in more than one sporting code, his strength in the water proving too powerful for his rivals.

As an exponent of water polo, surf lifesaving and swimming, Louis’ accomplishments wowed the crowd and the judges, Pat Barwick, Anita Sutherland and Dave Harrison.

Louis played in the New Zealand men’s water polo team at the world championships in South Korea in May, the youngest player the tournament, and scored five goals.

He is the 2019 New Zealand Secondary Schools Open Water Champion and won silver at the 2019 NZ Age Group Championships in the 400m, 800m and 1500m freestyle events.

In the Canterbury Sports Awards 2019 he was named Young Sportsman of the Year in both surf lifesaving and water polo.

Two other College students, skier Sam Hadley and Head Prefect Zach Gallagher were both finalists in the award for the most outstanding individual achievement in one sport.

Since their beginning in 1990, the awards have been organised by the Zonta Club of Christchurch South, an international club for business and professional women, committed to empowering women and girls through advocacy and service. 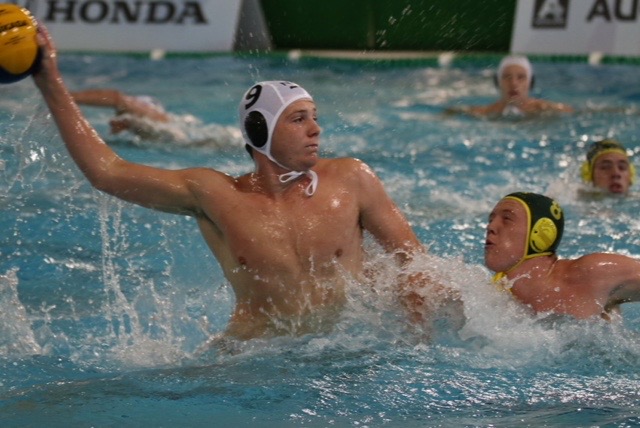