Academic excellence was acknowledged and rewarded at assembly on Thursday 20 February with Gold Badges, Ties and Buttons awarded for successes in the 2019 academic year.

A packed Assembly Hall of boys, staff and parents cheered the successes of the recipients.

College highlights for past year included 73% of Level 1 students gaining an endorsement, and 71.9% gaining endorsement at Level 2.

“We also had a number of boys who should be commended on their scholarship results, with four of our top Year 13s gaining scholarships in three separate subjects. Special mention should be made of five students who achieved Scholarships prior to the traditional Year 13 year – Angad Vraich and Isaac Heap for English, and Dominic Edmond, Jamie Yee and Ben Young for Drama.”

The results were a testament to the hard work of the school community, she said.

This included the students themselves, the teachers who go above and beyond to help, and the parents who support in the background.

She said reviewing the character strengths of the successful students she had noted not only a love of learning and curiosity frequently appearing as top strengths, but also a perhaps less expected variety of other strengths such as kindness, love, forgiveness and honesty.

“The success we celebrate today doesn’t come from one path only. These boys have a great variety of strengths that they have been able to utilise to become the top in their year group.

“Every one of you has unique strengths – do not underestimate how you can use these to reach your own level of personal academic excellence this year,” she told the school. 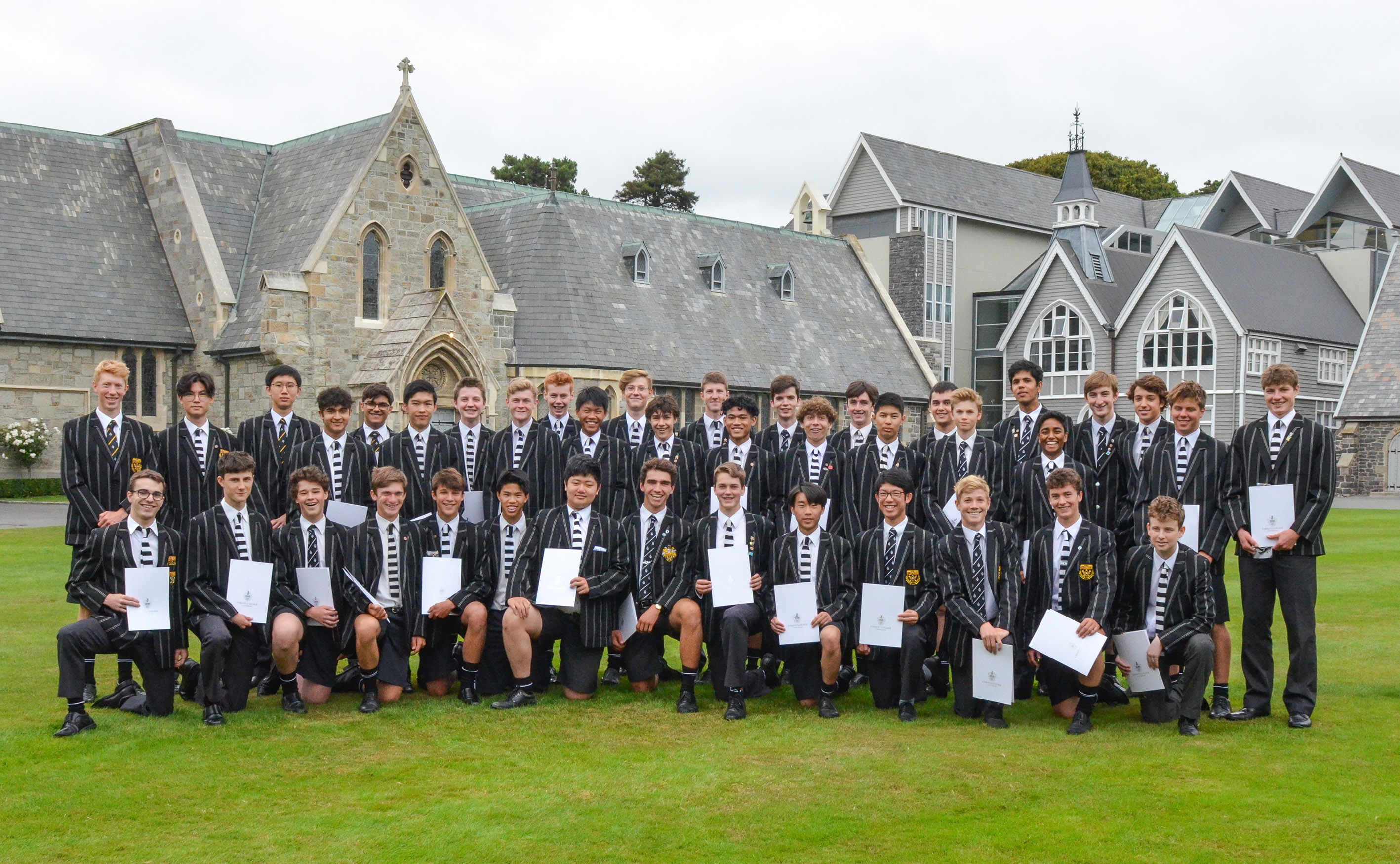