Food for thought at Founders’ Dinner

A delicious meal, a chance to honour those who have gone before, and an opportunity to learn about formal dining etiquette – it was all served up at the 2019 Founders’ Dinner on Thursday 7 February in the Dining Hall.

For Year 13 boys, boarders and dayboys, the dinner acknowledges the start of their final year at school and their place in the College story.

It also introduces many to the fundamentals, expected behaviours and manners demonstrated at formal events, and for most provides a chance to practise dinner table conversation.

For Head Prefect Zach Gallagher and Deputy Head Prefect Max Heywood it was a chance to propose toasts, and make speeches of introduction and thanks to the speakers, Infantry Platoon Commander Lieutenant Winston Cosgrove and property developer, entrepreneur and Christchurch Arts Centre trustee James Stringer.

Both recent Old Boys, the two gave insights into their time at College and their lives beyond it.

Formerly Head Prefect and a boarder in School House, Winston Cosgrove said those experiences set him up well for leadership and independence. On leaving he tried his hand at many pursuits – from vineyard labouring and working the grills at McDonalds to law school in Hong Kong. In 2014 he settled on a career in the New Zealand Army and has since led teams in Australia, Malaysia, the UK and the Middle East. He is currently posted to Burnham.

James Stringer had very little interest in school initially, but by the time he left College he was heavily involved in all aspects of school life and rates his secondary years among the most important of his life.

A Gap year, a short stint at university, and then 10 years brokering and in commercial property development followed, with some travel thrown in as well. In 2015 he came to realise Christchurch could be the most liveable city in the world. And now he is on a mission to make it happen.

In addition to his development work, James sits on the Christchurch Heritage Trust and the board of the Arts Centre.

Interspersed with the speakers were formal toasts to the College, the evening’s guests, and to those who have gone before. 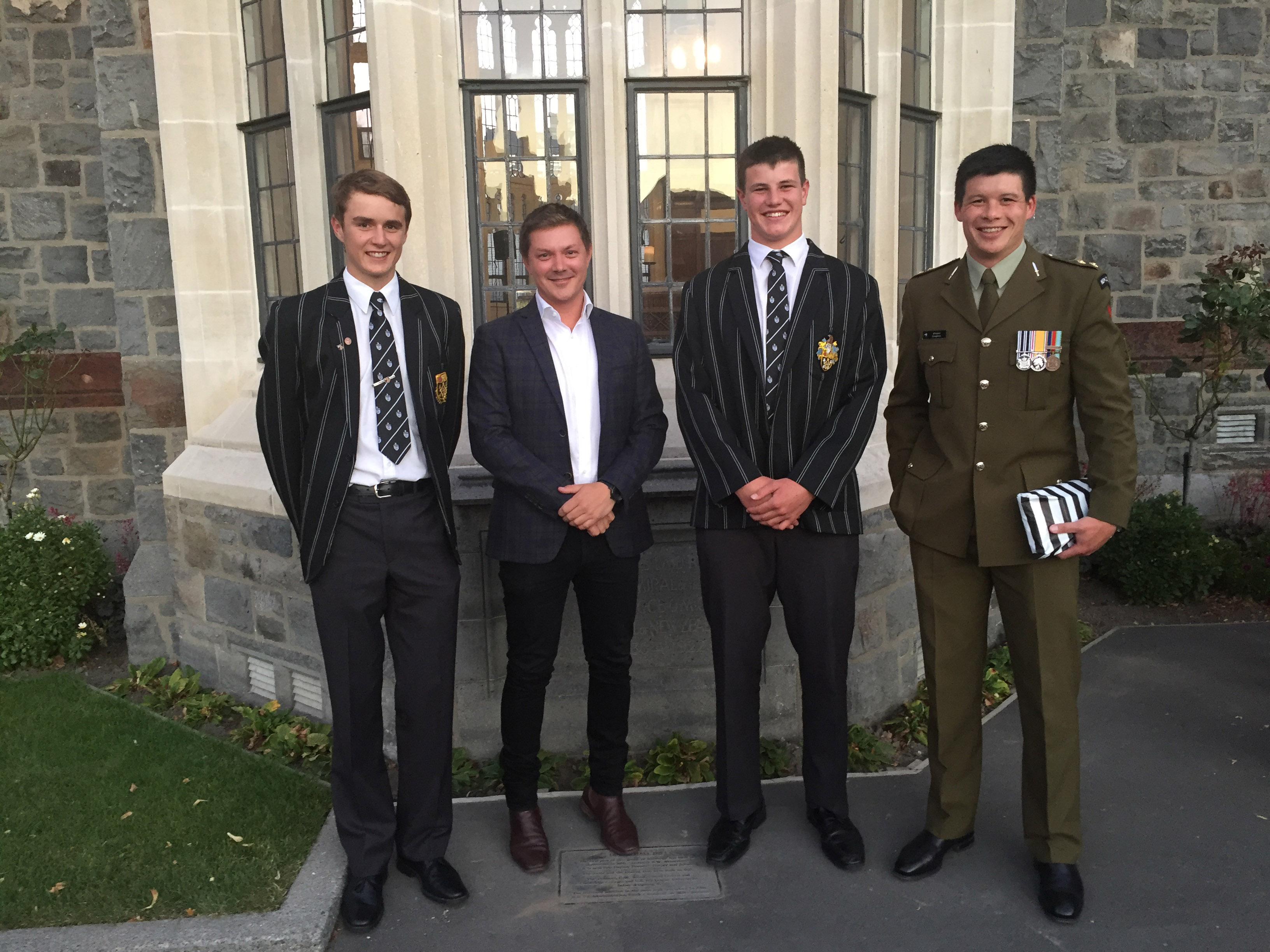