For keen cross country runner and Year 9 student Sam Idiens it is not so much about the thrill of the chase as, more often than not, he is at the front of the pack.

Sam got into running when he was still at primary school, following in the footsteps of his big brother Old Boy Henry Idiens. He says training by himself gets a bit lonely, but it is fun as long as he runs with a buddy or group. And, although he gets nervous, this fleet-footed young athlete enjoys the buzz of a big race.

The National Secondary Schools’ Cross Country championship was held in Christchurch, on the weekend of Saturday 17 to Sunday 18 June. Year 13 student Hugh Finlay came 4th in the AWD grade and Year 12 student Dion Houston was placed 21st – an excellent result in a field of 205 runners – in the Senior grade.

The Christchurch Secondary Schools’ Cross Country was held on Tuesday 30 May. Dion Houston came 2nd in the U16 Boys grade and Hugh Finlay 19th in the AWD grade. 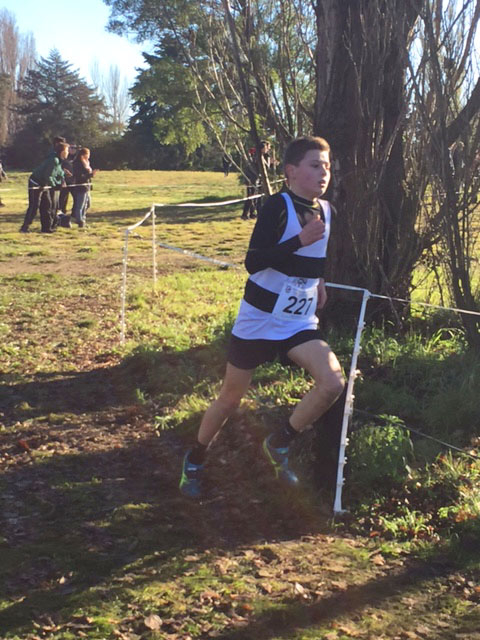