The academic successes of students who sat NCEA in 2017 were celebrated by the whole College community at an assembly on Thursday 15 February. Those who had gained enough credits for an Academic Award were presented with their Gold Badges, Gold Buttons or Gold Ties.

In addition, College students were awarded a total of 39 NZQA Scholarships, including four Outstanding Scholarships. Three current Year 13 students – Wills Wynn Thomas, Fawzan Sugarwala and Seungmin Seok – gained Scholarships in their chosen subjects. Cameron Stevenson who was in Year 13 in 2017 also received an Outstanding Scholar award, and Kevin Guttmann gained the highest mark in the country for German Scholarship.

Congratulating the boys on their success Assistant Principal – Curriculum Joe Eccleton reminded them that they could not have done it on their own, acknowledging the huge commitment of the faculty who work so hard to ensure College students continue to achieve at their best.

School swimming trophies were also presented and Year 13 students Sam King and Cody House were acknowledged for their successes in the NZ Secondary Schools’ Athletics Championships in Hastings last December. Sam ran a PB finishing 2nd in the Senior 200m event and Cody was 3rd in the Senior long jump with a distance of 6.42m. 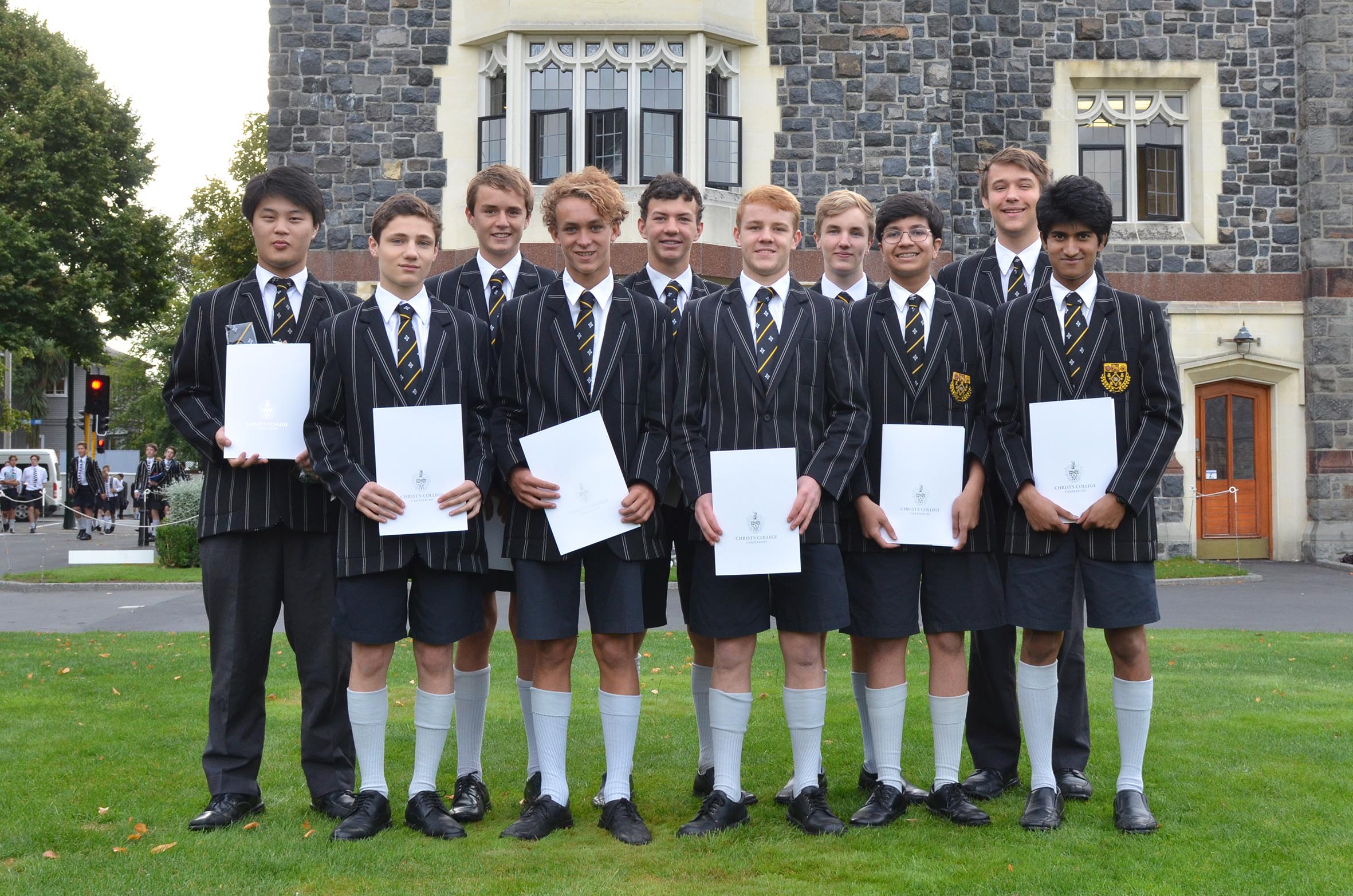