Edible insects: the future of food?

No, they were not showcasing the quality of College catering – all the crunchy critters were sourced from outside suppliers – but rather, their intention was to survey people’s attitudes about eating insects. As student Edward Peak explained, “Insects are packed with protein and other nutrients and – compared with cattle farming, which uses so much land and water in the production process – are much more cost-effective and environmentally friendly to produce. We want to know what people think and whether they’re prepared to eat them.”

Billions of people around the world do already eat insects as part of their regular diet, but billions more, particularly in Western societies, are yet to be convinced. For some it was too hard to overcome the “yuck” factor, but others were willing to give these bugs a try. Visitor Ben Glossop, who gamely ate a deep fried locust, said, “It’s alright … but the texture of the exoskeleton needs to be sorted so it doesn’t stick in your throat. Sort the texture and you’d be away.”

With insects being touted as one of the most sustainable food sources on the planet and a possible solution to world hunger, insect farming is on the rise. The boys are still crunching the numbers to find out what the College community thinks, but it may not be long before edible insects are on the menu at a restaurant near you. 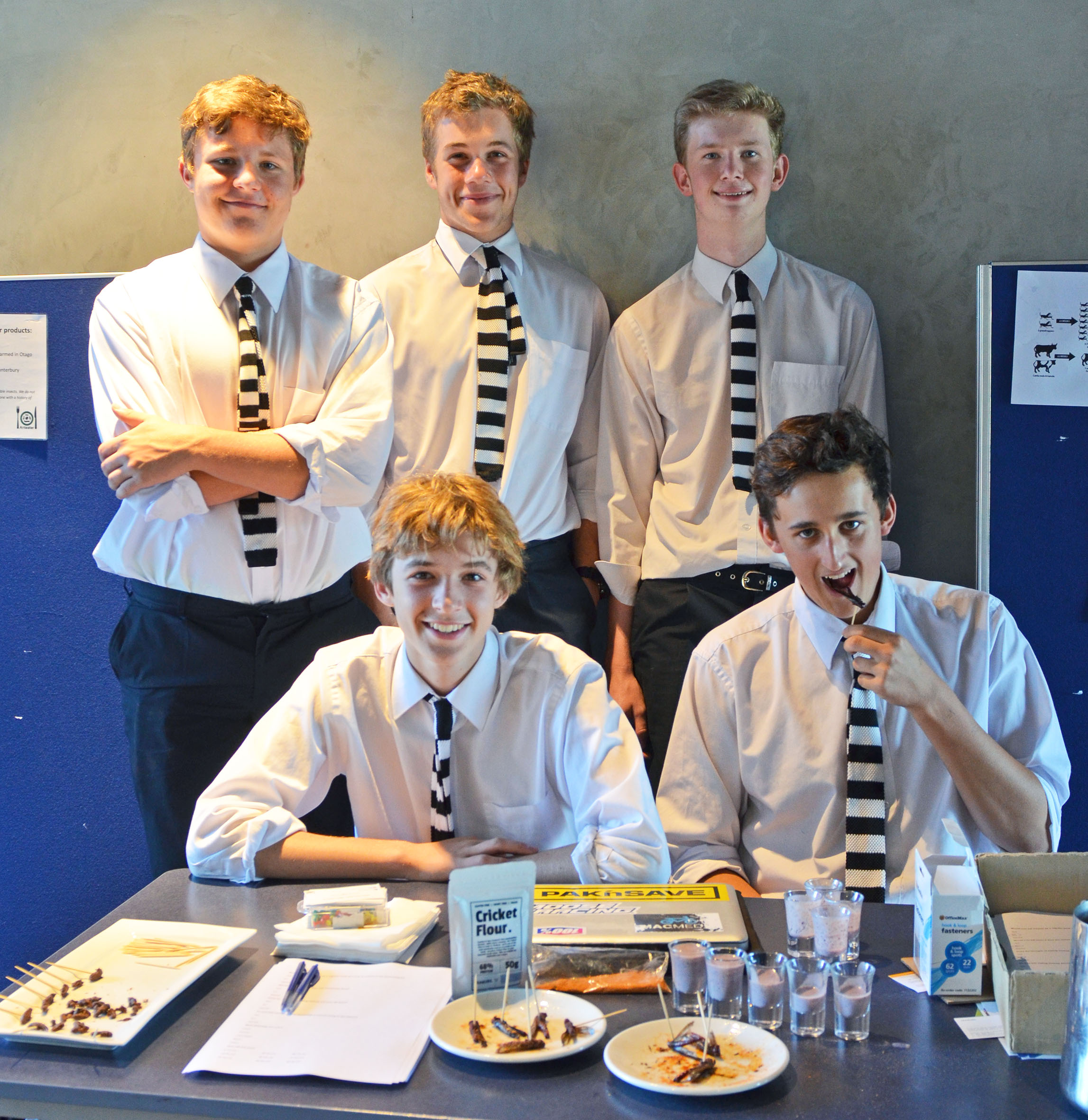 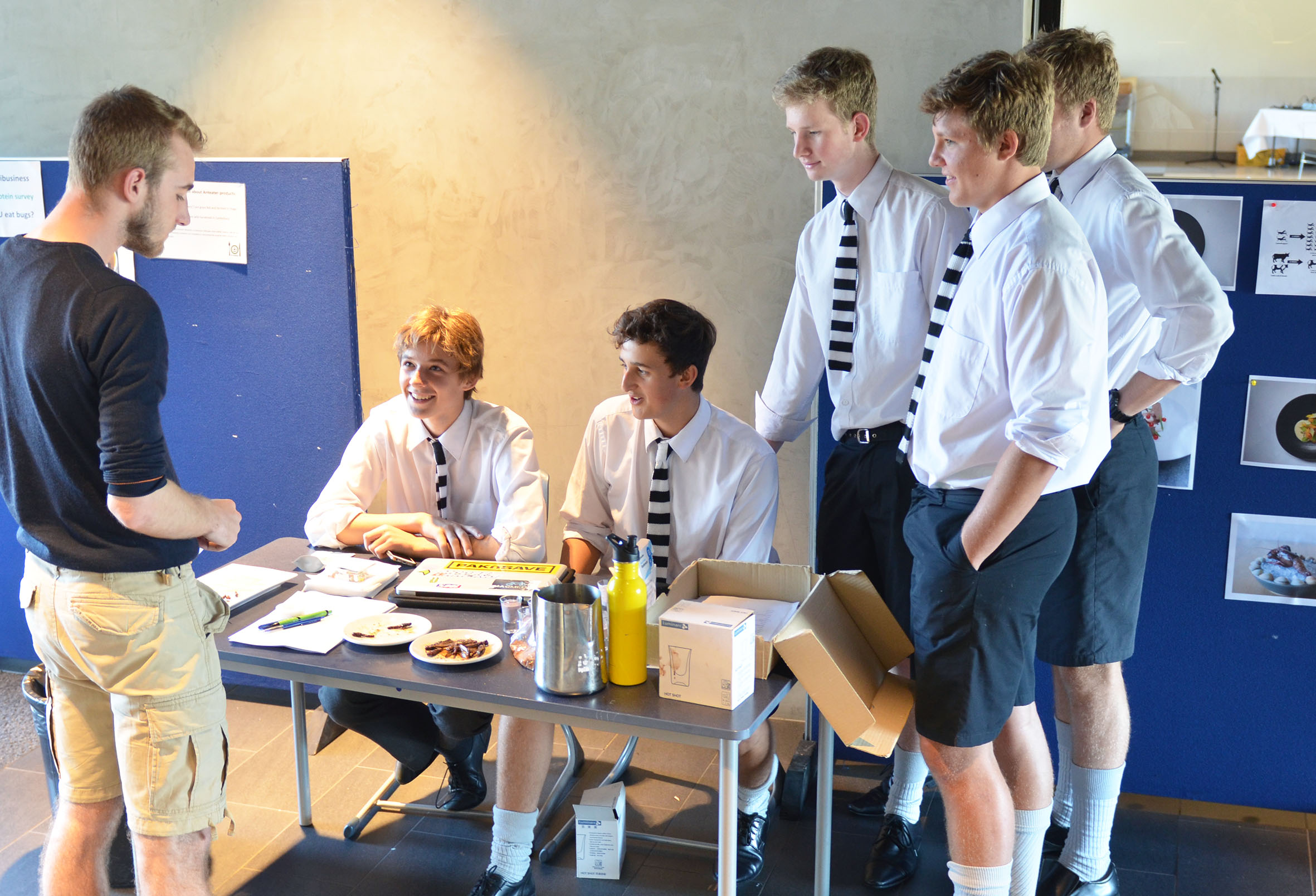 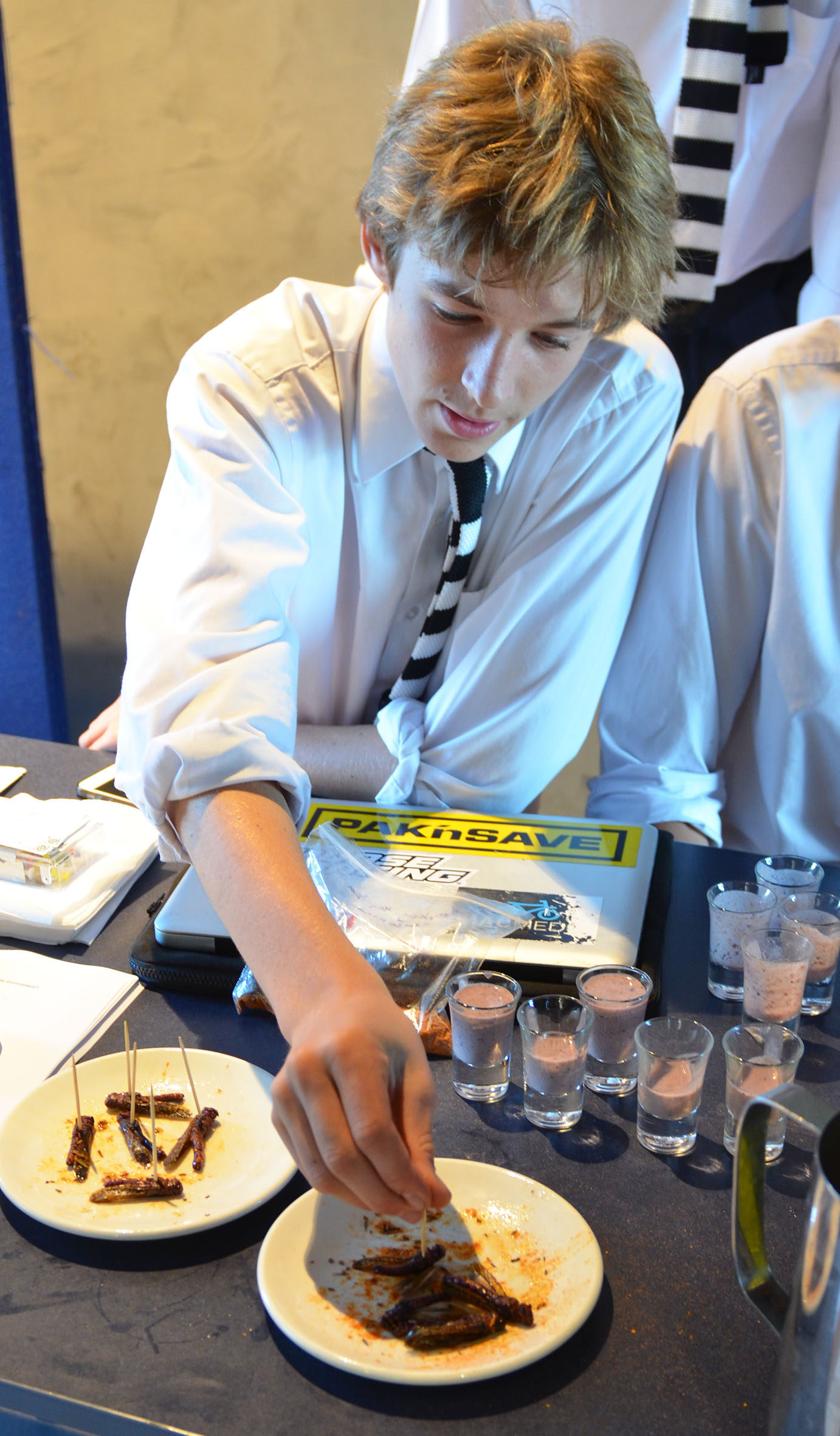