West Side Story allowed a lot of boys to show their accomplished theatre arts skills to the more than 3200 people who attended the sellout show.

Director David Chambers told Thursday’s assembly that while celebrating the success of the whole show, the College community also celebrated the excellence of some individuals.

“Drama honours are awarded to boys when they have demonstrated excellence in performance, direction and service as drama practitioners, over four or five years,” he said, awarding Year 13 students Toby Brooker-Haines, Charlie Horncastle and Angus Mossman with their second Drama Honours Award, which entitles them to wear Silver or Gold Blazer buttons.

“Toby has been the backbone of the stage crew in 10 shows since he first arrived at College in 2014. He is the go-to guy who seeks solutions to any problem presented, and his extraordinary reliability and integrity are greatly valued.

“Charlie has taken every opportunity available since joining the group in Year 10 to excel across drama, dance, music and directing 10 plays. He is a champion for physical theatre and dance amongst boys, representing the school in Kuala Lumpur and by being a pioneer of the Commotion Dance Project.

“Angus is the Prefect for Arts and Culture and is a superb ambassador for all aspects of the arts at College. In Drama he has taken part in productions over four years with many notable highlight roles, including Riff in West Side Story and his contribution to the Kuala Lumpur Round Square project.”

“Each of these guys has proved their multiple talents as actors during the last four or five years, showing effective performance with great impact in both junior and senior productions and in their House Plays. All have contributed to the on-going development of the College Drama tradition.” 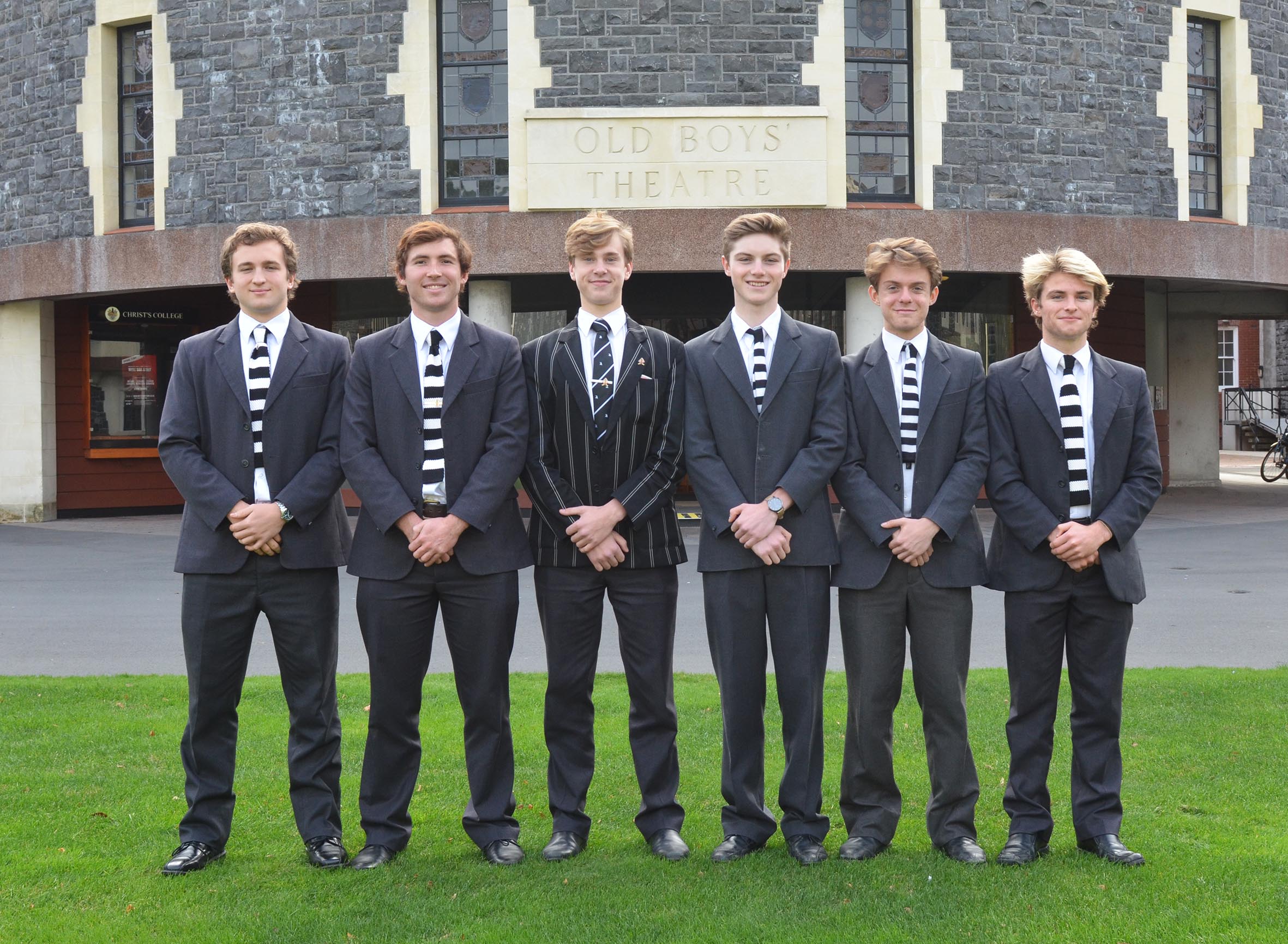