A big crowd and a lot of tension combined for a great atmosphere at Marist Park on Friday night for the Secondary School Premier Hockey Final -- made even better by the fact that the Christ’s College 1st XI successfully defended their crown. This is the sixth season of the Schools Premier League with Christ's and STAC having been in the final on five of those occasions (four against each other). Christ's have now won the title in 2012, 2016 & 2017 and been runners up in 2013 & 2015. A full match report is below.

25/8/17 - This was always going to be a tightly-fought game and one of opportunities. The first 25 minutes were evenly contested and while there were several half chances, there were probably no clear opportunities. The best chance for College was early on where Nick Lidstone's shot was saved by the goalie, while STAC had several balls go across the circle which their diving strikers could not connect with. College were a little guilty of being hesitant with the ball as the STAC strikers put pressure on their defence. This led to College not being as accurate as they could be with several turnovers and poor options being made. In the last five minutes of the half STAC upped the anti and were awarded three successive penalty corners. The first was brilliantly saved by a diving Louis Beckert in goal; the second was another brilliant save by Zac May on the line. Both of these saves were from drag flick shots. The third penalty corner broke down and College counterattacked and with three passes the ball found Lars Dalley who put his shot just wide.

The halftime talk was about taking control of the ball and getting it through the STAC first line of defence to the space in behind. College started the second half well and were awarded their first penalty corner of the game 30 seconds in. However, a Henry Phelps shot at goal was saved by their goalie. Another penalty corner five minutes into the half saw Henry's drag flick go wide. The half continued to be tight (similar to the first half) with chances created but not converted by both teams. Mid-way through the half College were on the receiving end of three green cards which at one stage had them down to nine players on the field, but they continued to keep STAC from scoring.

A final score of 0-0 saw the game go into a shoot out to determine the winner. STAC started with their first shot saved by Louis. Lewey Heale then stepped up and put his shot past the goalie to make it 1-0. STAC scored – 1-1. Tim Cross calmly put his shot past the goalie - 2-1. STAC scored - 2-2. NIck Lidstone was next up and he used all of his skill to deceive the goalie. Unfortunately, his shot hit the post - still 2-2. STAC then had their next shot saved by Louis - still 2-2. Henry Phelps was next to score for College - 3-2. STAC's last player then stepped up, struggled to get around Louis and put his shot wide of the goal. Final score was 3-2 to College with Lars Dalley not having to take his shot.

This was a team effort which was built around defence and credit must be given to the back four of Alastair Keleghan, Zac May, Will Duston and Toby Beale for their effort. The strikers, Ben Epton, Henry Phelps, Tim Cross and Sam Blake, while not scoring, certainly ran all day and should be commended for their workrate. Lars Dalley (in his 50th game for the 1st XI) used all of this experience to make key turnovers and create opportunities. Henry Foster, while not getting a lot of game time, certainly made important contributions when on the field. While not getting on the field in the final, Ollie Love, Tom Macfarlane and Fritz Zickler were valuable contributors in terms of support leading up to the final, and on the day.

There is always a danger of singling players out in games like this, but I am going to mention three players in particular. Captain Lewey Heale was immense; his workrate was second-to-none and I often make the comment that it seems like there are three Lewey's out on the field, as he is always popping up where you least expect him. Very rarely do you see him have the ball taken off him. He certainly led by example. Nick Lidstone is one of the most skilled players about at the moment and he used all of those skills in terms of carrying the ball, beating players and setting others up. Finally, anyone at the game would agree that Louis Beckert would be the best goalie in Canterbury, if not NZ, at school boy level at the moment. Friday night’s game was made for Louis in terms of his ability to showcase his skills. During the game his keeping was impressive and kept us in the game. However, he came into his own in the shoot out where his skills were further highlighted. I am sure there were lots of nerves from those taking the shots at goal but I know Louis would have embraced the moment.

The final credit for last night's win needs to go to Goldy and Joe for their work in preparing the boys over the season. The early morning starts on a Tuesday have been worth it! Roll on Rankin Cup. 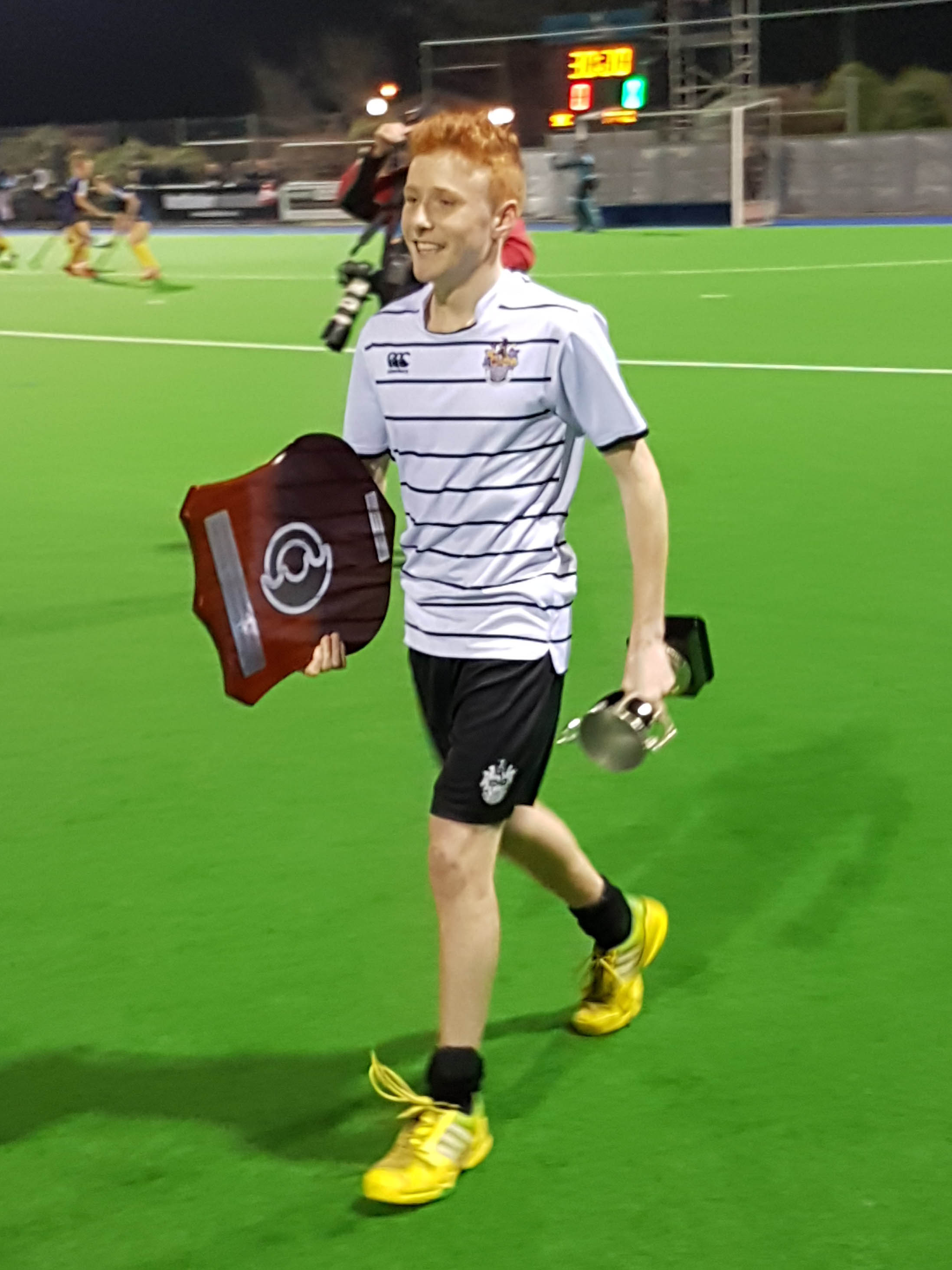