Working together as a team – “we back each other” – the Year 11 and Year 12 students cleverly divided the 16 questions according to their difficulty, with Bruce polishing off the easy ones on line and Janindu tackling the trickier ones.

Given varying worth dependent on their complexity, the hardest problems were worth 100 points and 30 points.

“We were the only team to get either of the 30 point questions,” says Bruce.

The final result, after three hours of intensive competition at the University of Canterbury, saw the duo carry off an impressive shield for College, plus each was given a Bluetooth speaker and a Google goodie bag.

“We were both very tired afterwards. It was fairly intensive and it was only with two minutes left to go, when we were submitting our final solution for 30 points and the answer came up ‘correct’ that we actually knew we had won,” says Janindu.

“At that stage, I jumped up and down and shouted ‘Yes, Bruce!’”

Both with a passion for coding, Janindu and Bruce say it’s an engrossing interest which rewards you the more time you spend at it.

Janindu runs the College coding club, a group of around eight boys, mainly Year 9s and 10s, who are similarly attracted by the challenges of informatics.

“It was Old Boy Chris Jung who’s now at university in the United States, who got me really interested in it, and now it’s my turn to mentor others.”

He’s been in the EPro8 competition and was 11th in the country in the 2019 NZ Informatics Competition.

Bruce says informatics is his major interest and he has already tasted success with his College Clock 2019 project which saw him among the finalists in the Bright Sparks competition.

No stranger to programming competitions, Janindu entered the competition in Year 9, 10 and 11; the College team won the national competition when he was in Year 9.

Now he and Bruce are preparing for the nationals next term when they will compete against the best brains in the country. 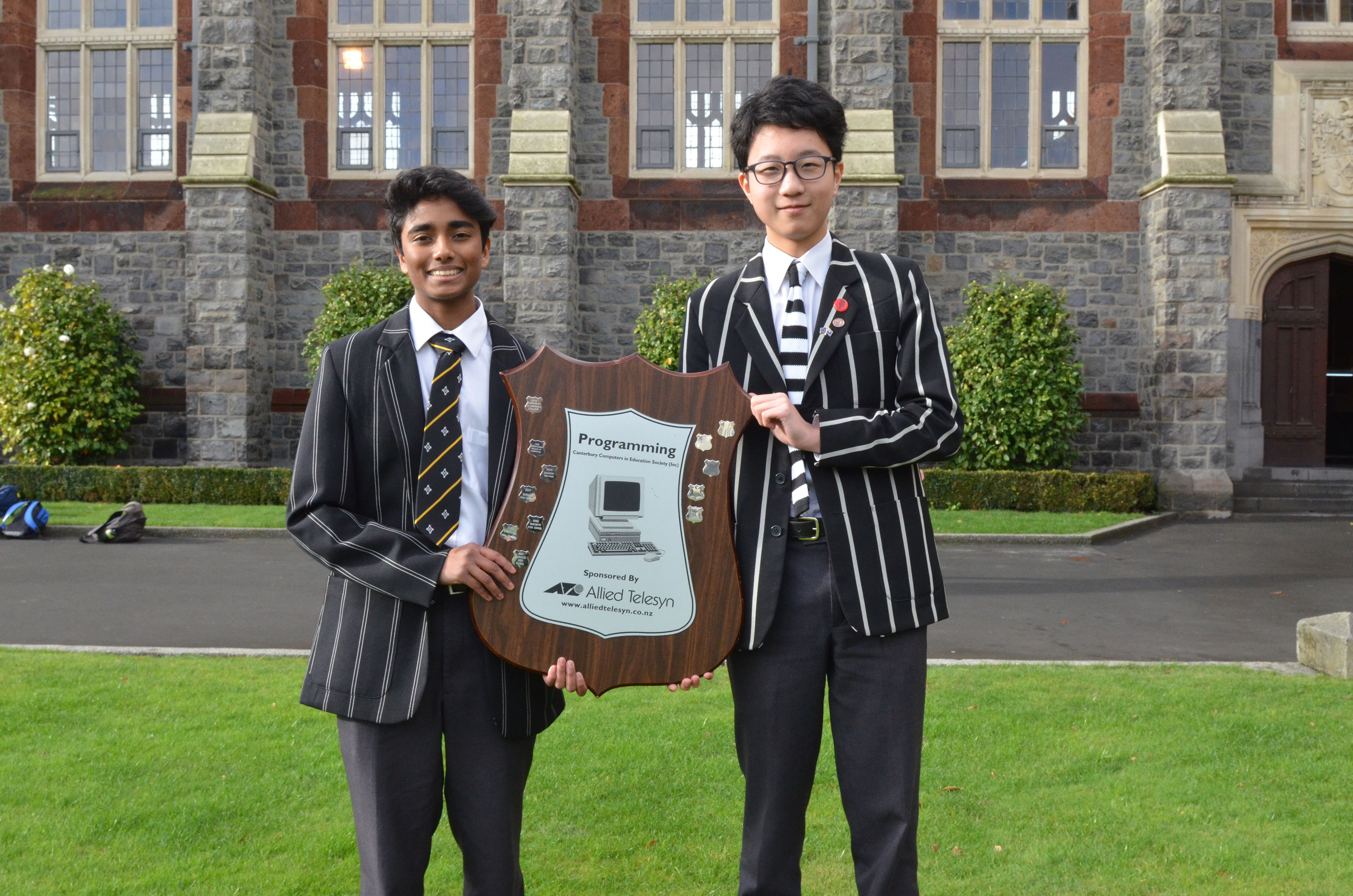