Year 13 student Thomas Stewardson demonstrated his considerable skills as a filmmaker, with his thriller In the Dead of Night dominating the awards at the annual Christ’s College Film Festival, winning best soundtrack, editor, cinematography, director and film. His fellow Year 13 student Sam Howard, featuring in several of the films, picked up the best actor award and also won best screenplay for The Passenger.

While In the Dead of Night was the clear pick of the three industry judges, the festival showcases the work of a number of students – and the diverse films in a range of genres, exploring many different themes, delivered an outstanding evening’s entertainment. With comedies, dramas, thrillers, music videos, an advert, and even a suitably “nutty” foreign language film – Nusse fur Nusse (Nuts for Nuts) – made by German students, there was something for everyone to enjoy. Year 13 student William Pegg received an honourable mention for cinematography for his music video While we are Young, based on an original song written and performed by William. The boys clearly had a lot of fun creating their work.

At the end of the evening, Sam Howard stepped forward to give a special award to Media Studies teacher Peter Hewson, in recognition of his years of service to College and his passion for promoting and supporting the art of visual storytelling.

The Film Festival was held in the OBT on Friday 26 October. 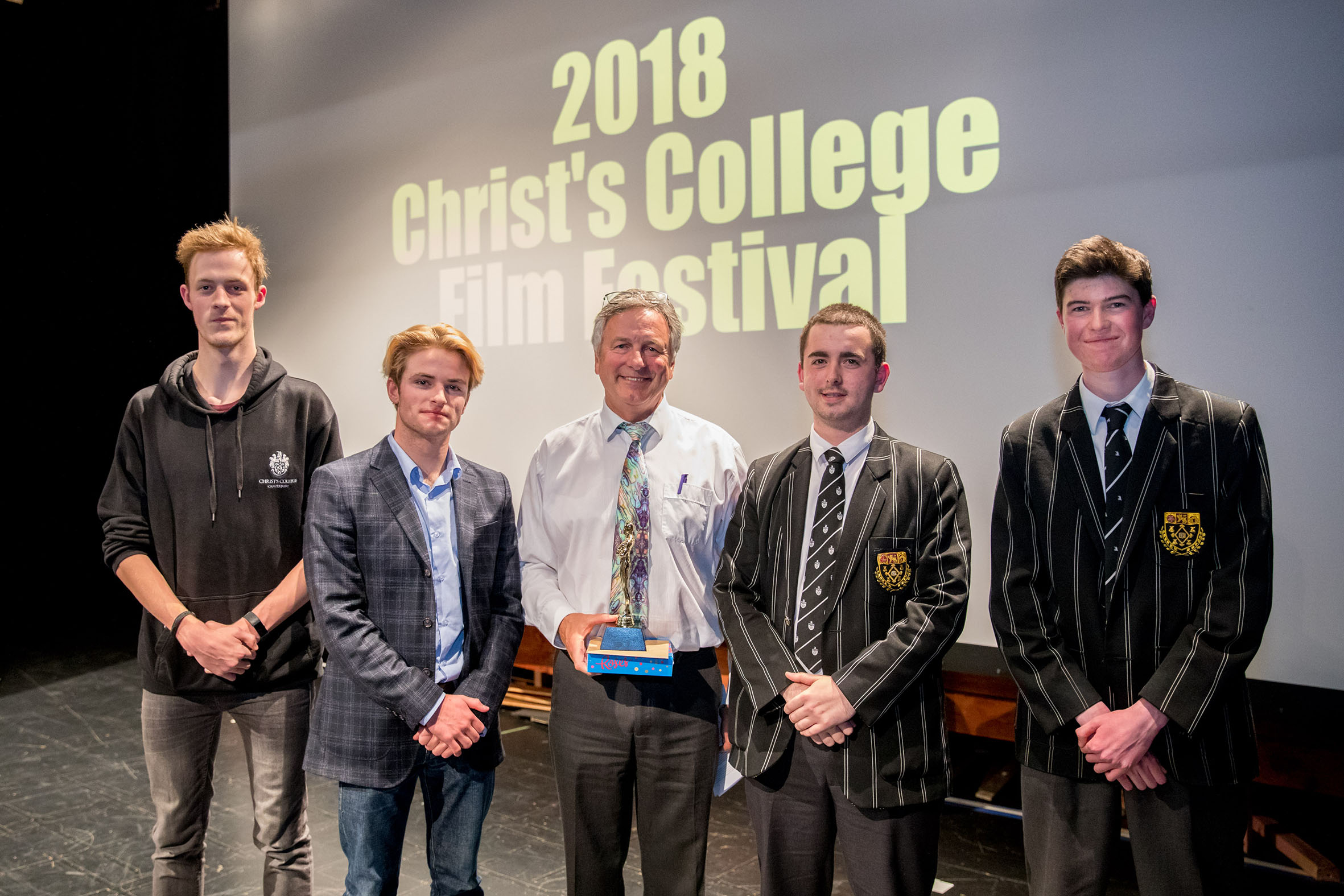 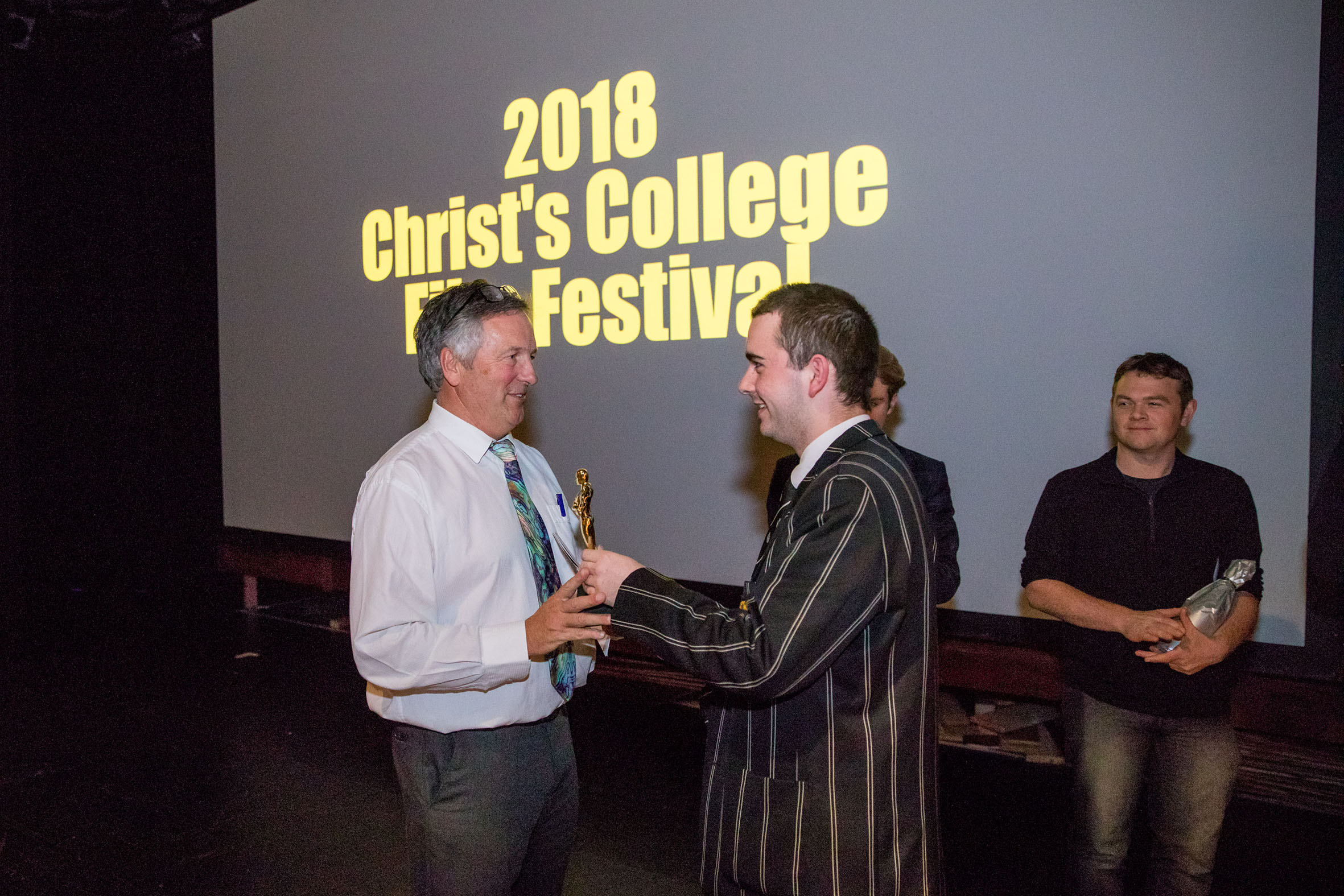 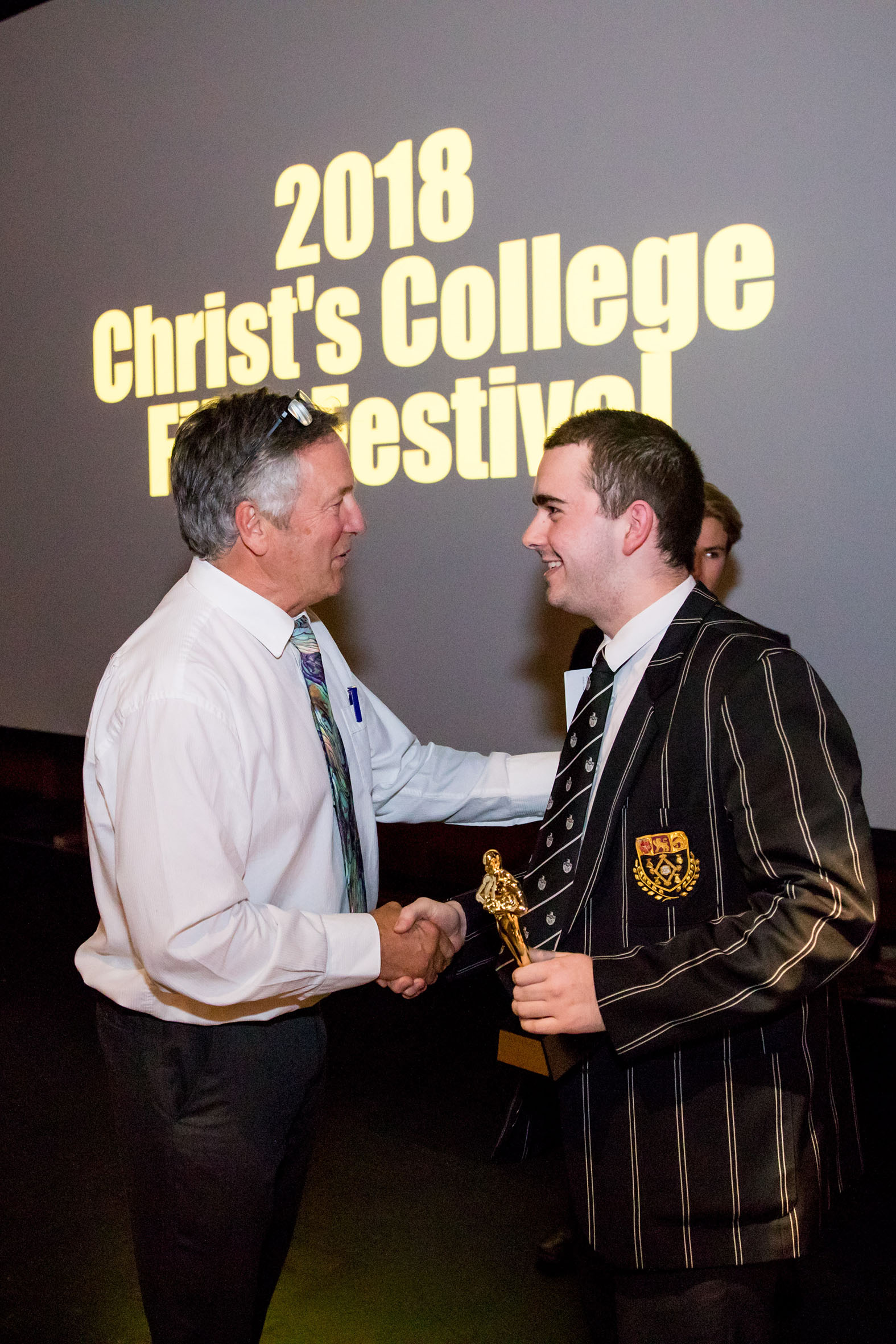 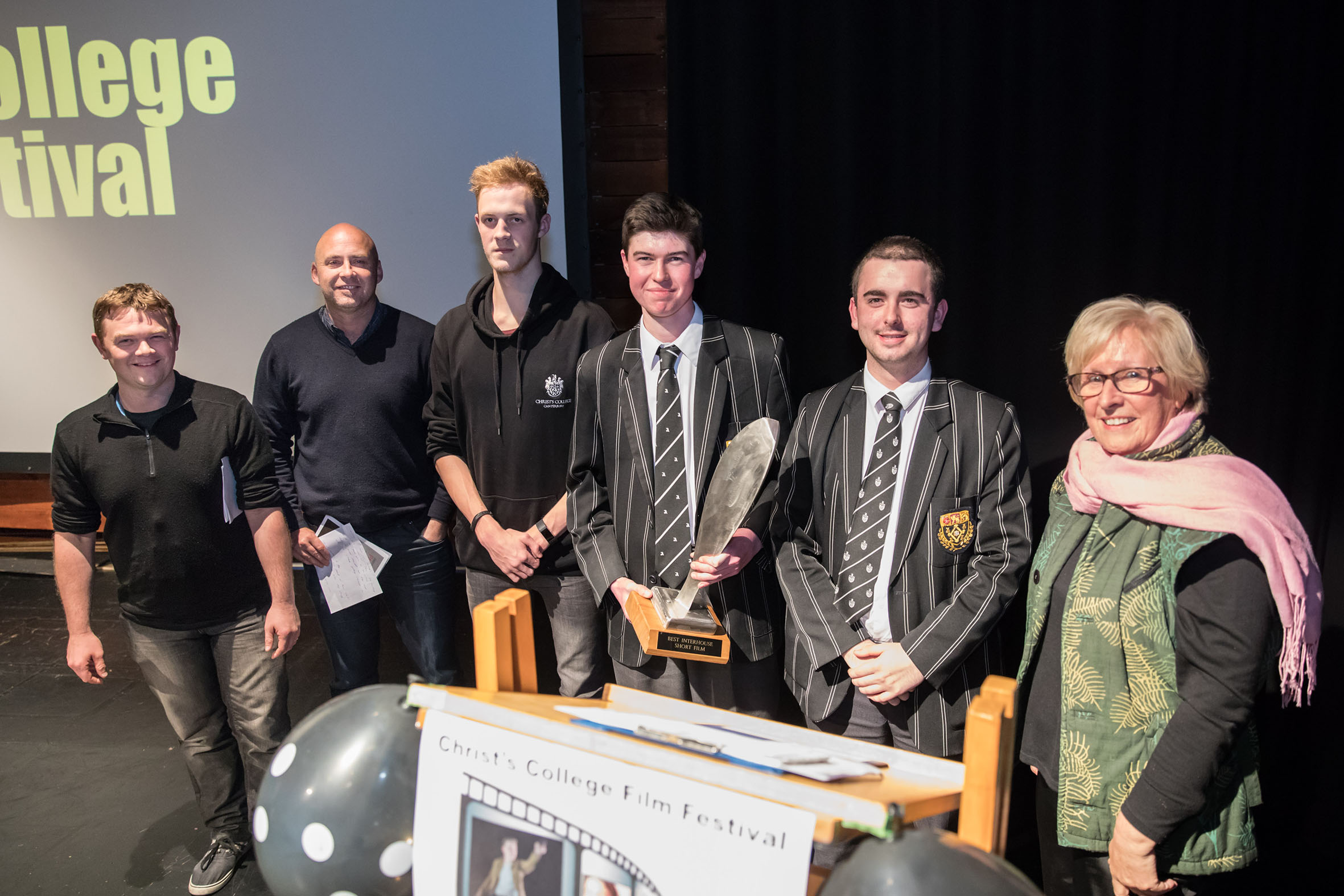