The honours poured in again this week for “A Perfect Child”, the film not only winning the Best Secondary School Film, but also the Best New Zealand Film at the Uni Shorts International Student Film Festival in Auckland.

The 18min College/St Margaret’s College collaboration beat the best on offer at the celebration of student film making from around the world curated and hosted by Unitec Institute of Technology.

The 30 finalists included films from Turkey, the Netherlands, Germany, Spain, Australia, Israel, Switzerland and the United States. Many were made by tertiary students.

“It was a great result to win the best New Zealand film, very satisfying,” said producer Peter Hewson, “and a credit to the students involved and the adults who’ve helped out.”

Around 60 students from College and St Margaret’s spent a year working on “A Perfect Child” – from devising the story to writing the script, directing, casting, costuming and post production.

Peter Hewson selected William Burns to direct the film and Nina Hogg as production manager. Together they selected the other participants, including Brent Criglington who went to Auckland to receive the awards.

“A Perfect Child” tells the story of Ava, a young girl in an orphanage who comes to realise that fellow orphans are being cloned to create perfect children.

The judging panel, which included award-winning filmmaker Alyx Duncan, actress, writer and director Aidee Walker, and internationally-acclaimed animator Katie Naeher praised “A Perfect Child” and its Christchurch-based students for their strong premise and depth of talent.

Peter Hewson, Head of Media Studies at College said he applauded every one of the team which made the film and was very proud of what they had achieved.

“Our objective has been to aspire to the highest possible production values we can, and our win was a fitting acknowledgement of the many months of hard work, perseverance and grit by all the students across both schools.” 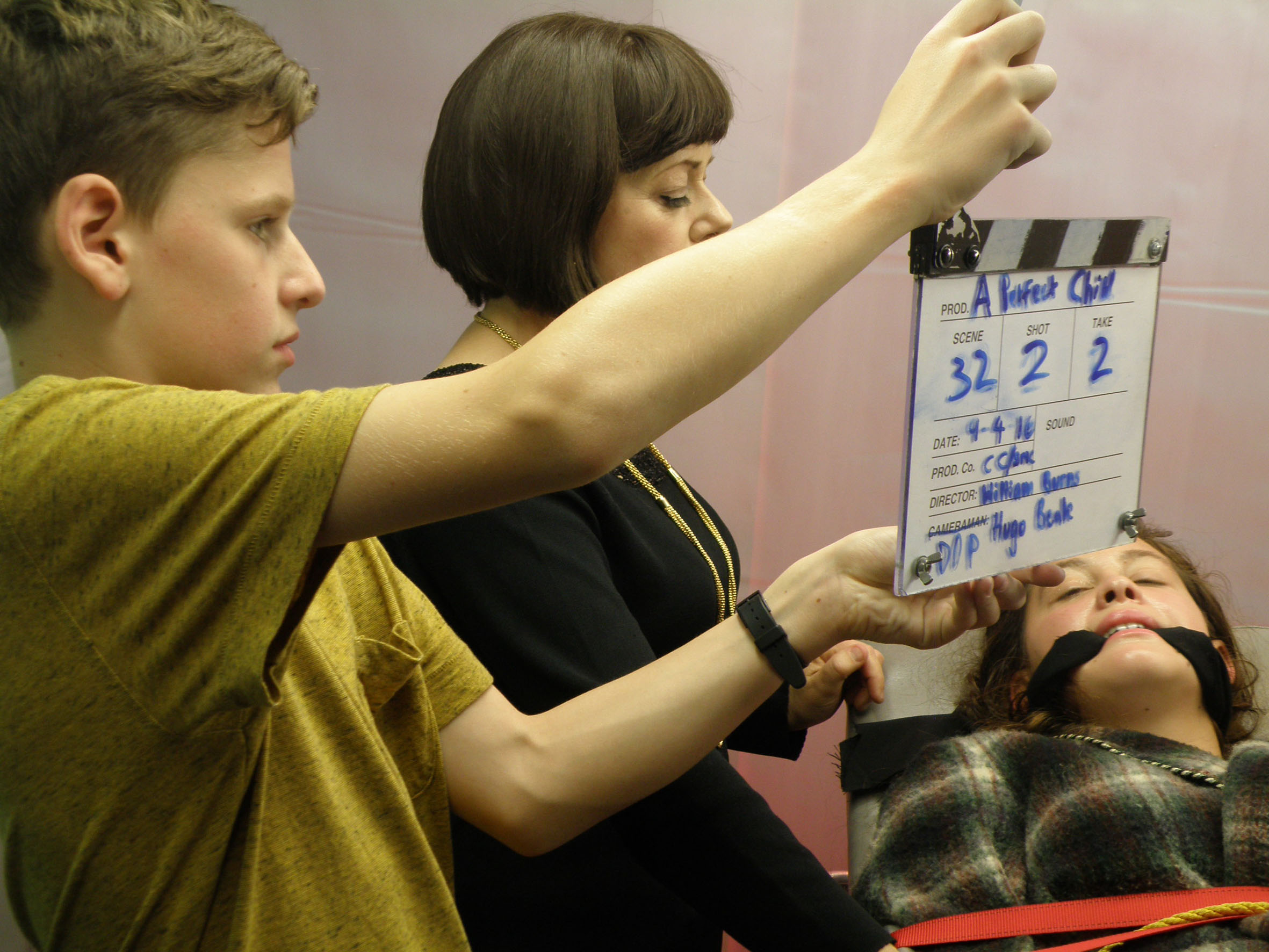