Students and staff lucky enough to hear the acclaimed Maori poet give his distinctly New Zealand poetry performance were entranced by both his content and his delivery. His powerful sonorous voice, sometimes gentle and soft, sometimes strident and loud, was not the only instrument he used in his hour-long performance. The guitar and Maori flute also featured as he wove stories, poetry and music together, dispensing some universal truths through words and humour, and making great use of alliteration, assonance and onomatopoeia.

Apirana Taylor has visited College before, but this audience had the honour of hearing new works, one “Southern Island” written just days ago while on his way to Christchurch from Twizel.

“This is the first time I’ve read it, and it’s about the southern island, although I come from the north,” he told his fascinated audience, conceding that the South Island was very beautiful.

Mountains are the focus of his latest works, (often likening the mountains to warriors), and he read an example in “Wanaka” which contemplates our journey through life.

Apirana told the boys he started at university, but decided to write poetry “on the road” and travelled the country until he reached the place where the spirits leave – at the top of the North Island. Along the way he wrote poems, often with his trademark repetitions and rhythms.

“How long does it take to write a poem? Sometimes it takes 30 seconds and sometimes 30 years.”

“Parihaka”, “The Treaty of Waitangi”, (“was it a trick or treat?”), Hinemoa’s Daughter (“her hair was so long you could plait it all the way to the moon”) and “Peace Lanterns” plus “Symphonic Kaleidoscope Construction” (lines from others’ poems, songs and hymns) were all presented, before everyone participated in “Manu Roreka.”

Apriana Taylor has delivered his poetry performances all over the world and his poetry and short stories are studied in secondary schools for NCEA, at polytechnics and universities. 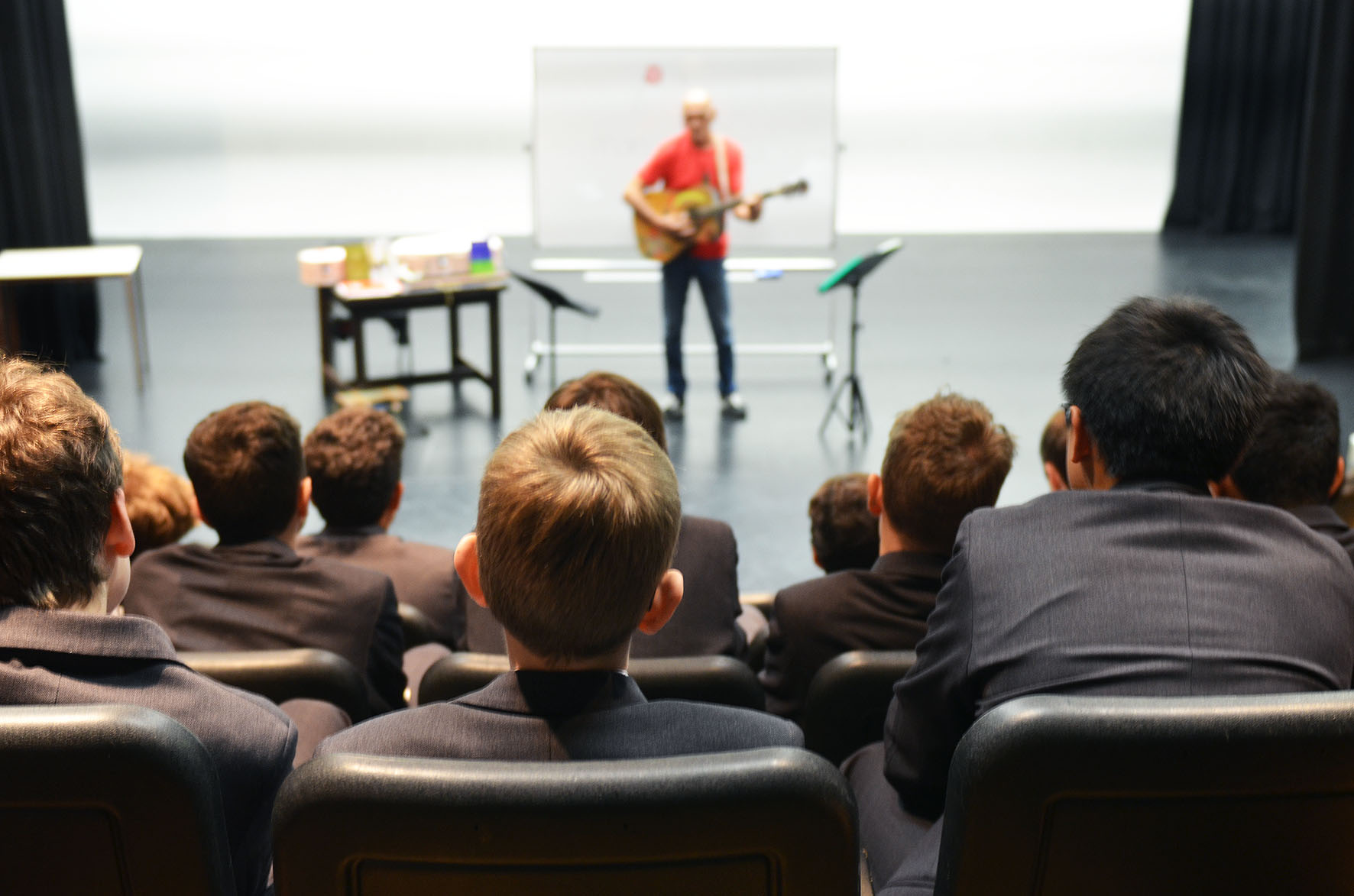 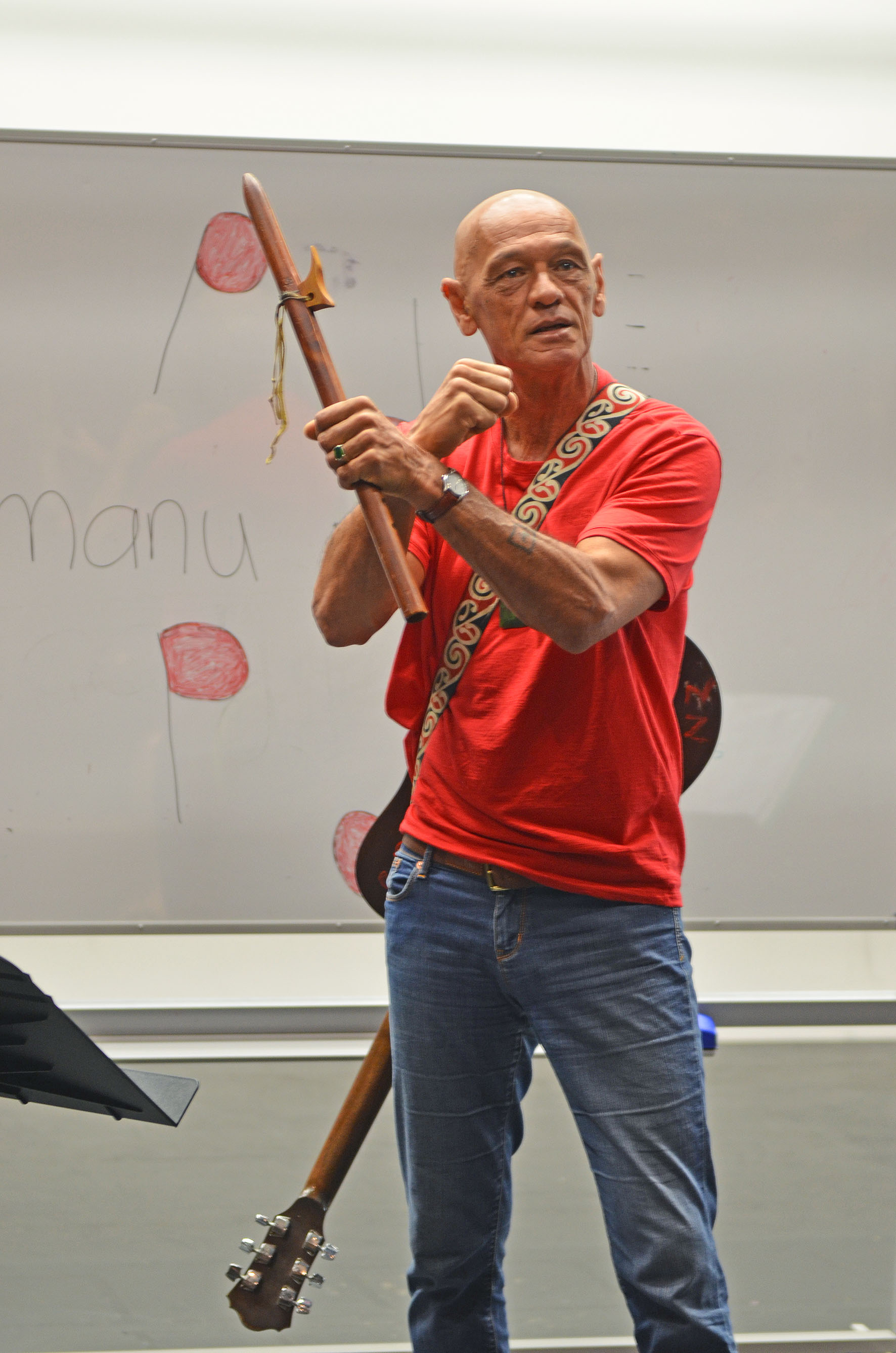 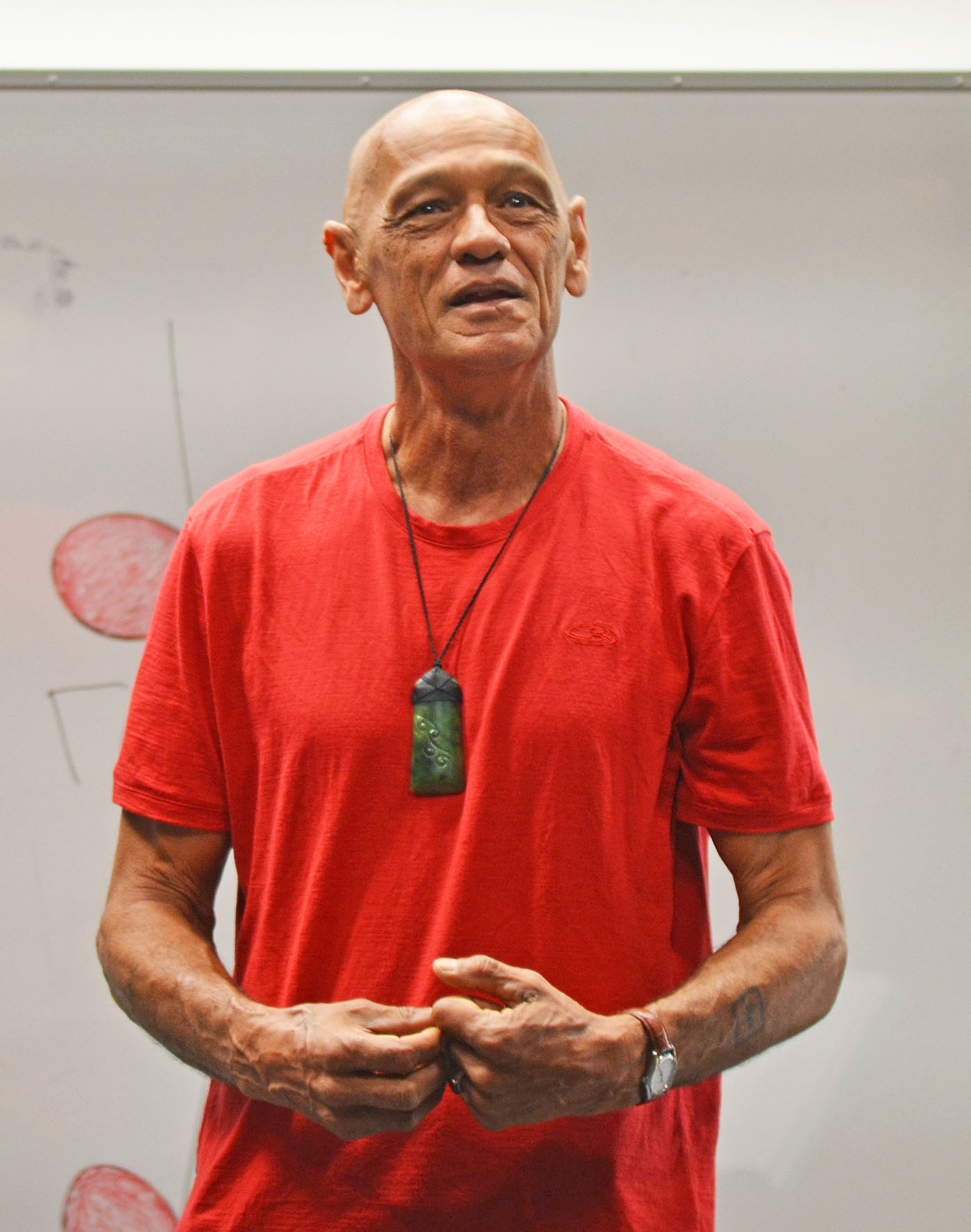 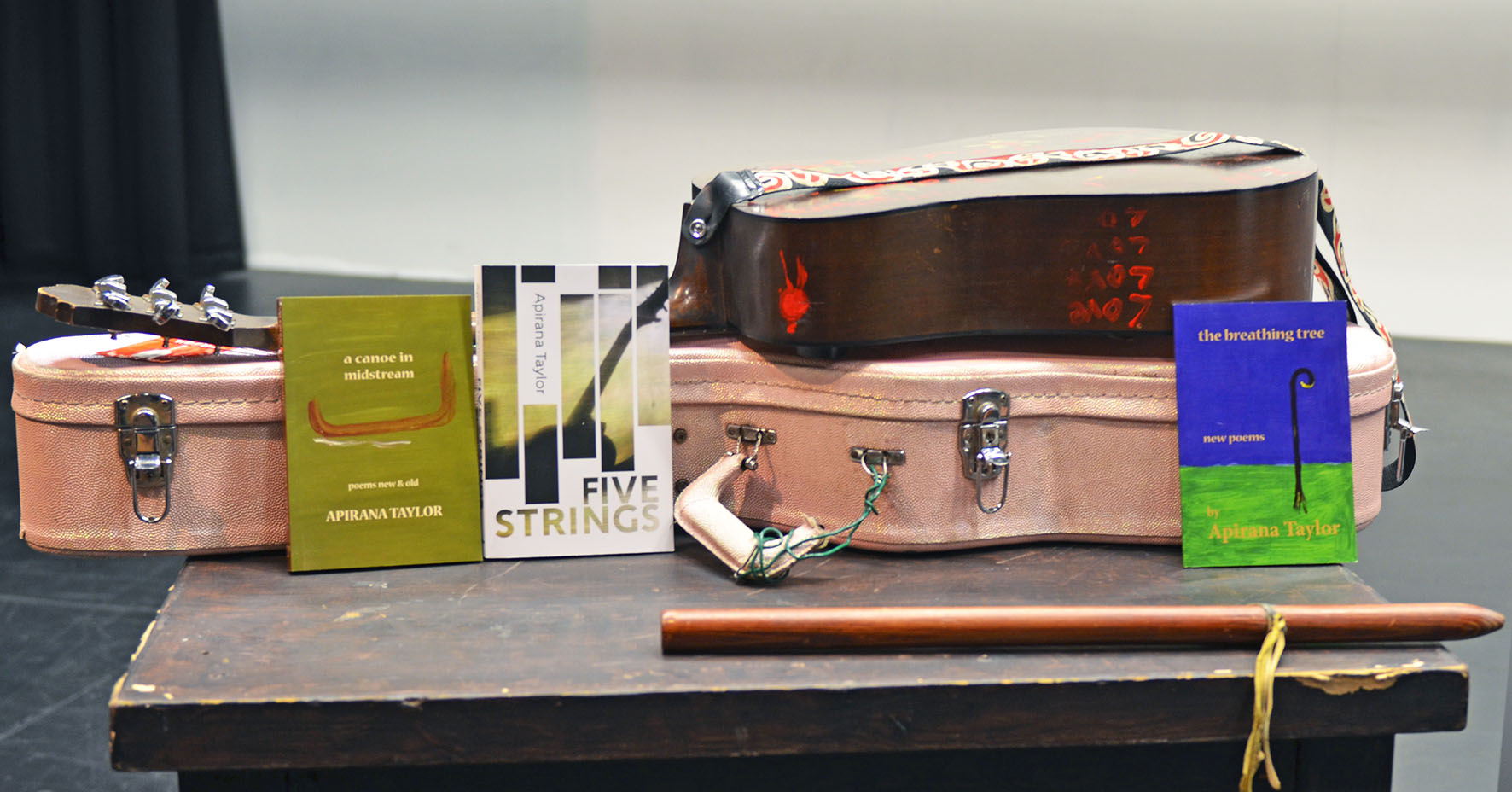