According to College Jazz Combo guitarist and vocalist, Year 12 student Angus Mossman, the NZSM Jazz Project 2017 was both amazing and inspiring – and while he was delighted to win the most outstanding original composition award for his song “Singing to the Moon”, Angus says that was only one of a number of highlights in a packed weekend of activities.

The group took part in the combo competition, where they gave a 20-minute performance, followed by an on-stage workshop with drummer Dave Weckl and Santana vocalist Tony Lindsay. Advice from baritone saxophonist and educator Adam Schroeder gave them the impetus they need to take their skills to the next level. “He had some really good ideas,” says Angus. “[He] told us to be more lively, to connect more as a band, reminded us that the drummer sets the tempo and said we should engage more with each other, because then the audience will engage as well. It was quite astounding how much we improved after listening to his feedback.”

The boys also also went to four concerts throughout the weekend and Angus says they were blown away by futuristic space-jazz pioneers The Comet is Coming. “They were an amazing three-piece – sax, synth and drums – fresh from London and the absolute highlight of a brilliant weekend.”

The NZSM Jazz Project, run as part of the Wellington Jazz Festival, gives secondary school students the opportunity to work with and learn from some legendary international jazz musicians, as well as the chance to attend some memorable concerts and performances. NZSM Jazz Project 2017 was held in Wellington from Friday 9 to Sunday 11 June. 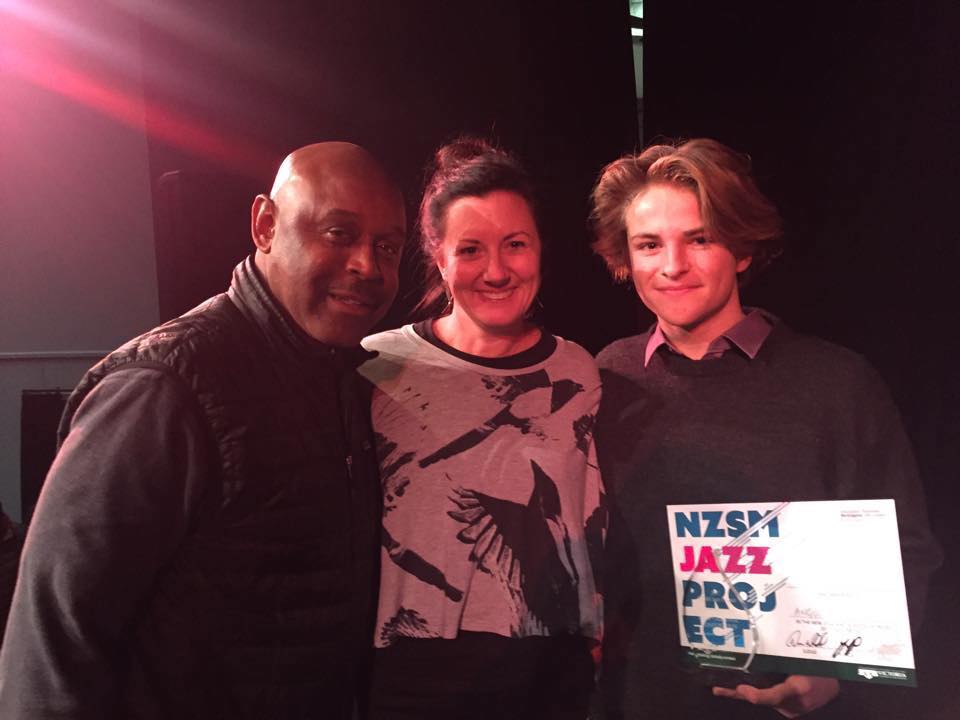