After time out nursing an injury, the success of his championship comeback was even better than Year 11 student Liam Adams had expected.

During the recent school holidays, Liam chose to play in three U16 T2 Tennis Junior Championships in Canterbury, Waikato and Wellington. “I was nervous at the start, but wanted to make a big impression … winning all three singles titles was really cool.”

As well as winning the singles titles, Liam also won the Canterbury doubles title and came second in both the Waikato and Wellington doubles competitions. His aim is to qualify for the U16 Junior Masters Top 8 tournament later in the year and perhaps then – as a result of his dedication, skill and determination – be selected for the New Zealand Junior team.

Liam trains and plays tennis at least four times a week. “I love getting on court with my friends, hitting the ball, it’s fun. I love playing tennis. I enjoy working on skills and strategies, and like the individual aspect of the game. I’ve only got myself to blame if things don’t go so well.”

Liam has now set his sights on wins in upcoming tournaments in Dunedin and Auckland as he continues his quest for the top. 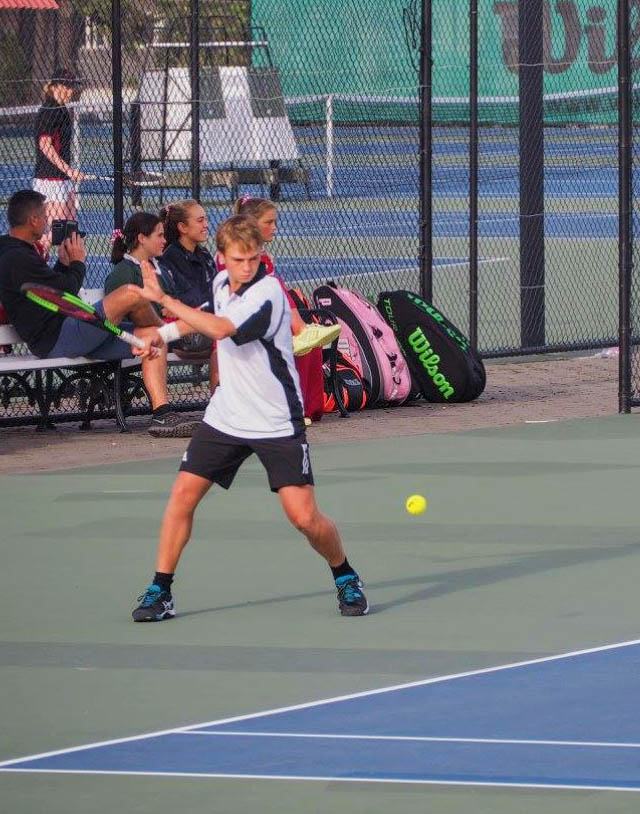