In 1918, at the 11th hour of the 11th day of the 11th month the guns fell silent, honouring the armistice signed by representatives of France, Great Britain and Germany, bringing four years of fighting in the First World War to an end. This year, College marked the centenary of the armistice in Chapel and at the Field of Remembrance in Cranmer Square.

Unconditional love was the theme of our Chapel service on Friday 9 November. Head of History Warren Lidstone spoke about the significance of Armistice Day – 11 November – and the 151 Old Boys who lost their lives in the 1914–18 “war to end all wars”. Among them, brothers Gordon and Robin Harper. Fighting in Palestine on 4 August 1916, Gordon was mortally wounded. The whistle was blown and Robin came running. Robin picked up his wounded and struggling brother and carried him away to help, with great difficulty while being shot at. Despite this unconditional love Gordon died three days later. They and all the others who served were, Warren said, prepared to sacrifice their lives in unconditional love for their families, their country, and the British Empire.

At the Field of Remembrance

On the morning of Monday 12 November, staff, teachers and junior boys gathered in Cranmer Square, Christchurch’s Field of Remembrance – where each of the 4398 white crosses is a memorial to those from the Canterbury region who served and died during World War One.

Chaplain Bosco Peters led the commemoration with the World Peace Prayer and, first in Te Reo and then in English, the famous fourth stanza from Laurence Binyon’s evocative poem “For the Fallen”, before the boys sang “Ka Waiata”. 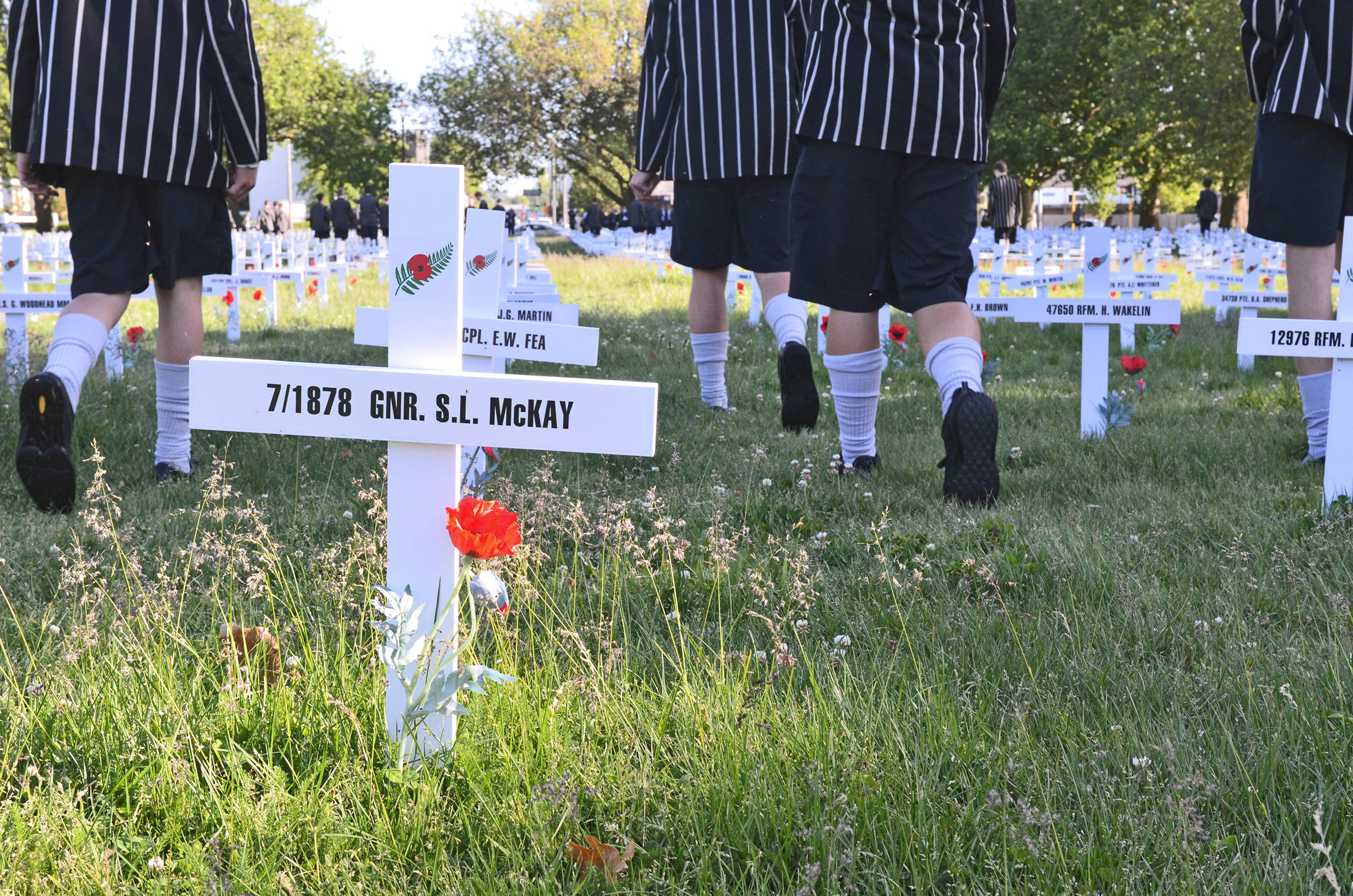 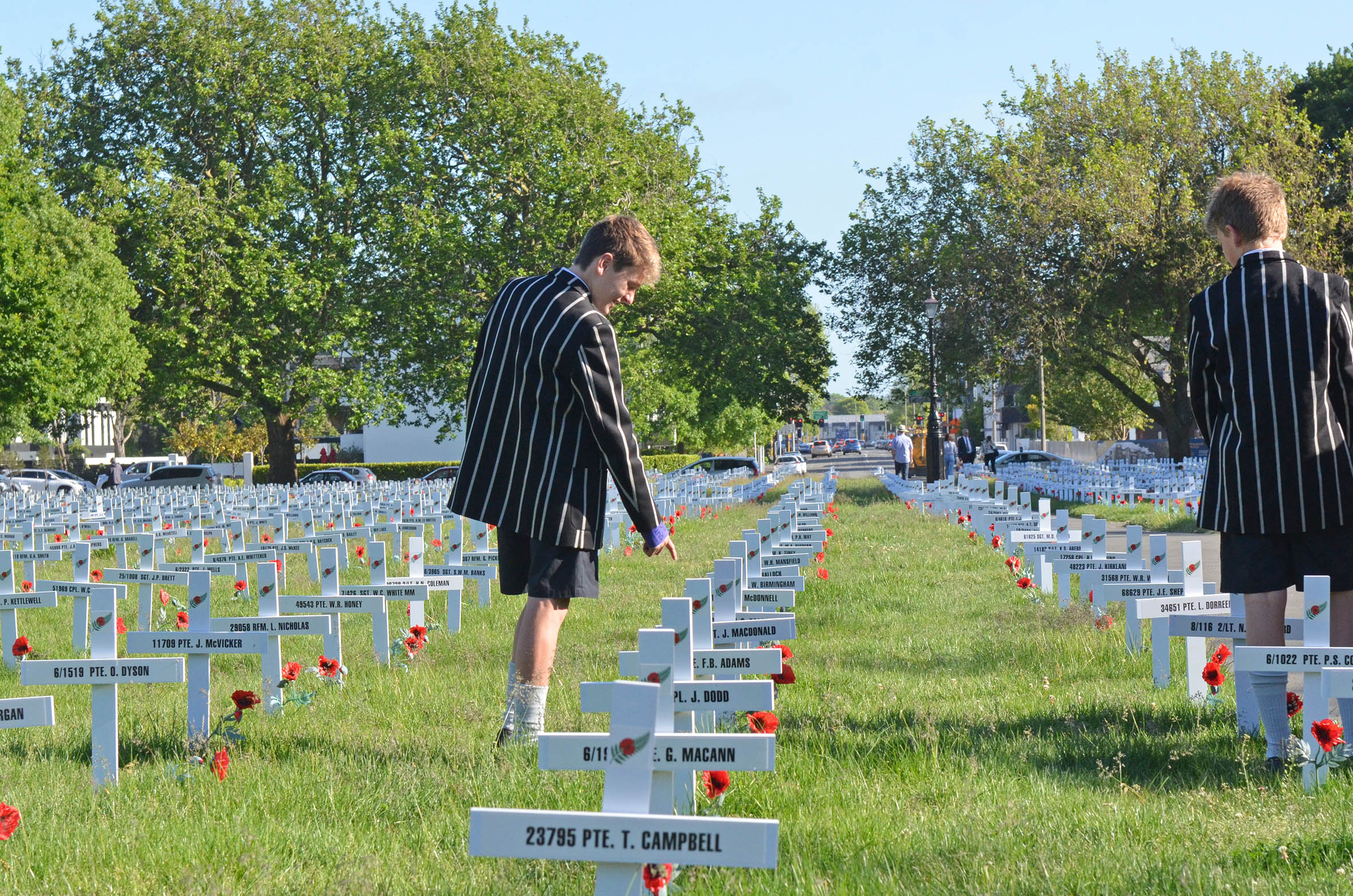 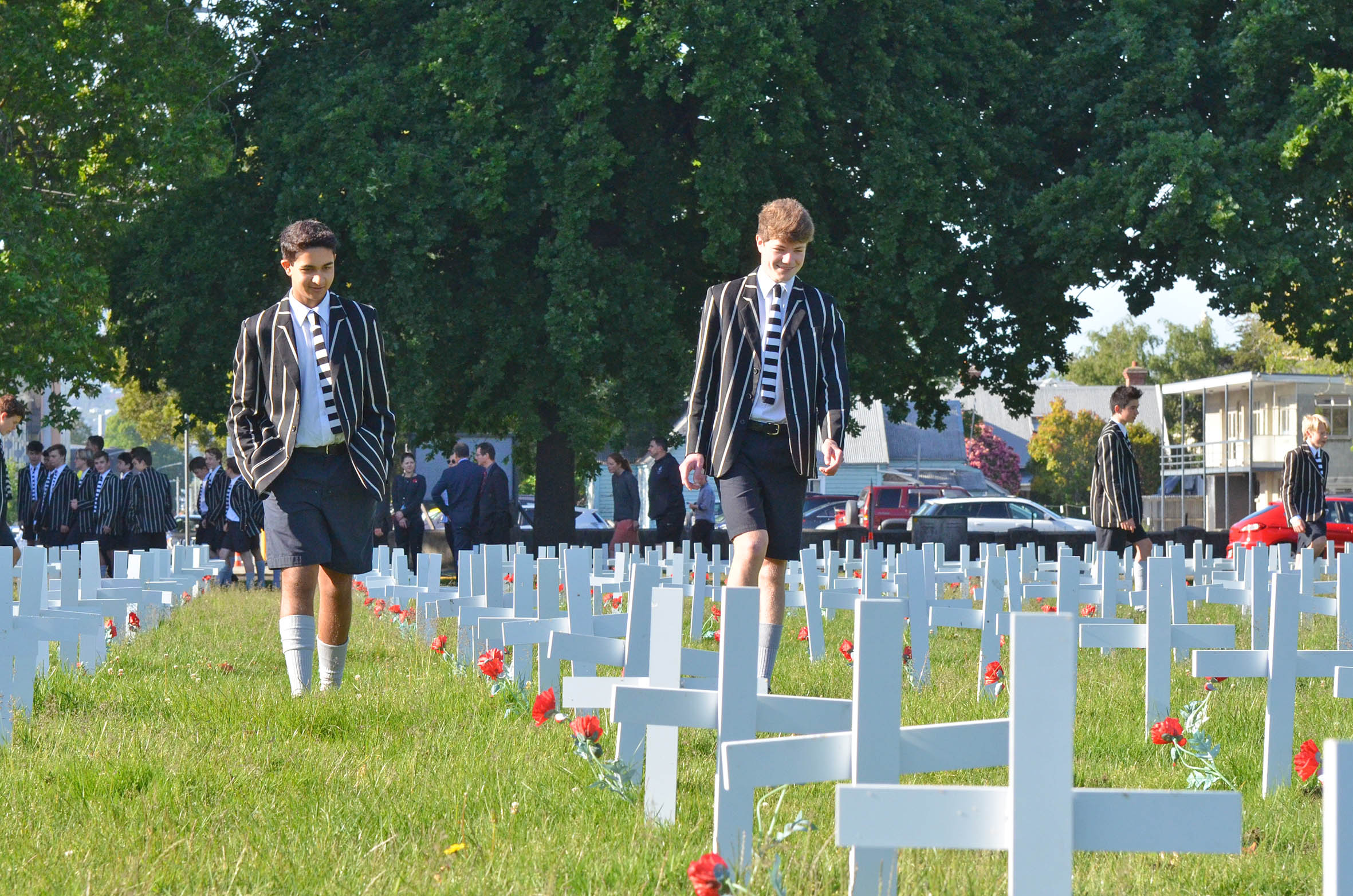 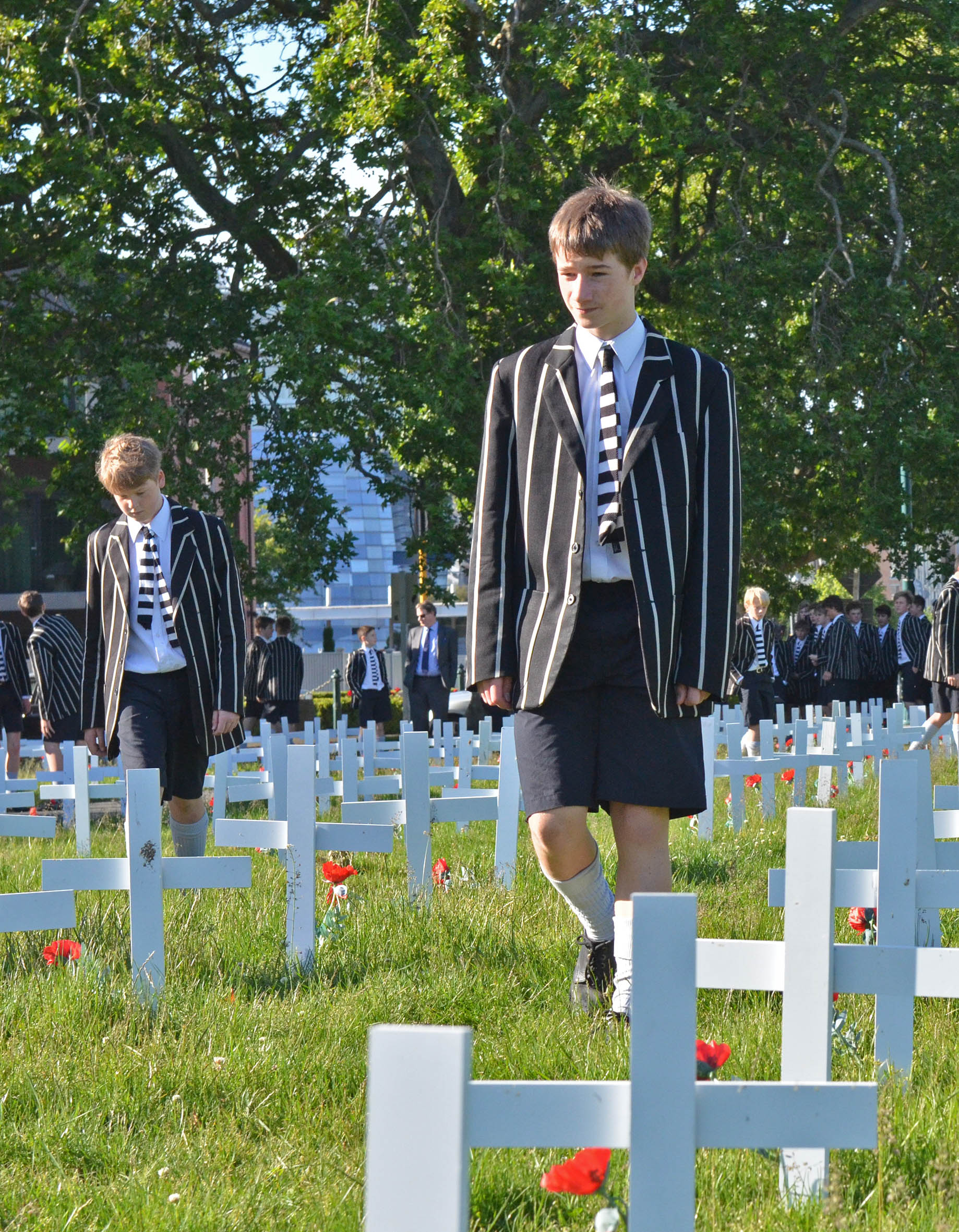