A fruitful and solid relationship

Sir Miles turned 90 on Friday 10 May celebrating with a birthday morning tea with Executive Principal Garth Wynne, who made him a member of the Sewell Society which recognises those making bequests to College.

Sir Miles (5162) was in Julius House from 1942–45 and went on to become a draughtsman with the famous Cecil Wood, later establishing – with Maurice Mahoney – the well-known architectural practice of Warren and Mahoney.

“College was our favourite client and it was always such an enjoyable process,” he said.

“I think all told, seven of the buildings here were designed by Warren and Mahoney.

“I think there must be very few architects that worked for the same client for the whole of their life. As I recall, meetings were always constructive and jolly but you had to keep your wits about you.

“The process we went through designing the buildings at Christ’s College was our standard selling procedure. You talked about what was required and would draw it at the same time. The process of drawing was emphasised and if a client didn’t like what they were seeing, the trick was to turn the drawing upside down and work on the back! The whole relationship between the client and the architect was direct. Now it is so complex and complicated with committees and so on – it’s a talkfest; the time, the effort and the reports necessary now are unbelievable.”

Sir Miles said the city building he was most proud of was the Christchurch Town Hall. Warren and Mahoney’s design was chosen in a competition both set and judged by architects.

“We’re lucky it was restored after the earthquakes, exactly as before. I couldn’t tell the difference.”

Sir Miles is one of the first four Old Boys to be honoured by the production of a poster acknowledging their careers and accomplishments, which have been organised by the Old Boys’ Association and are prominently displayed in the school. 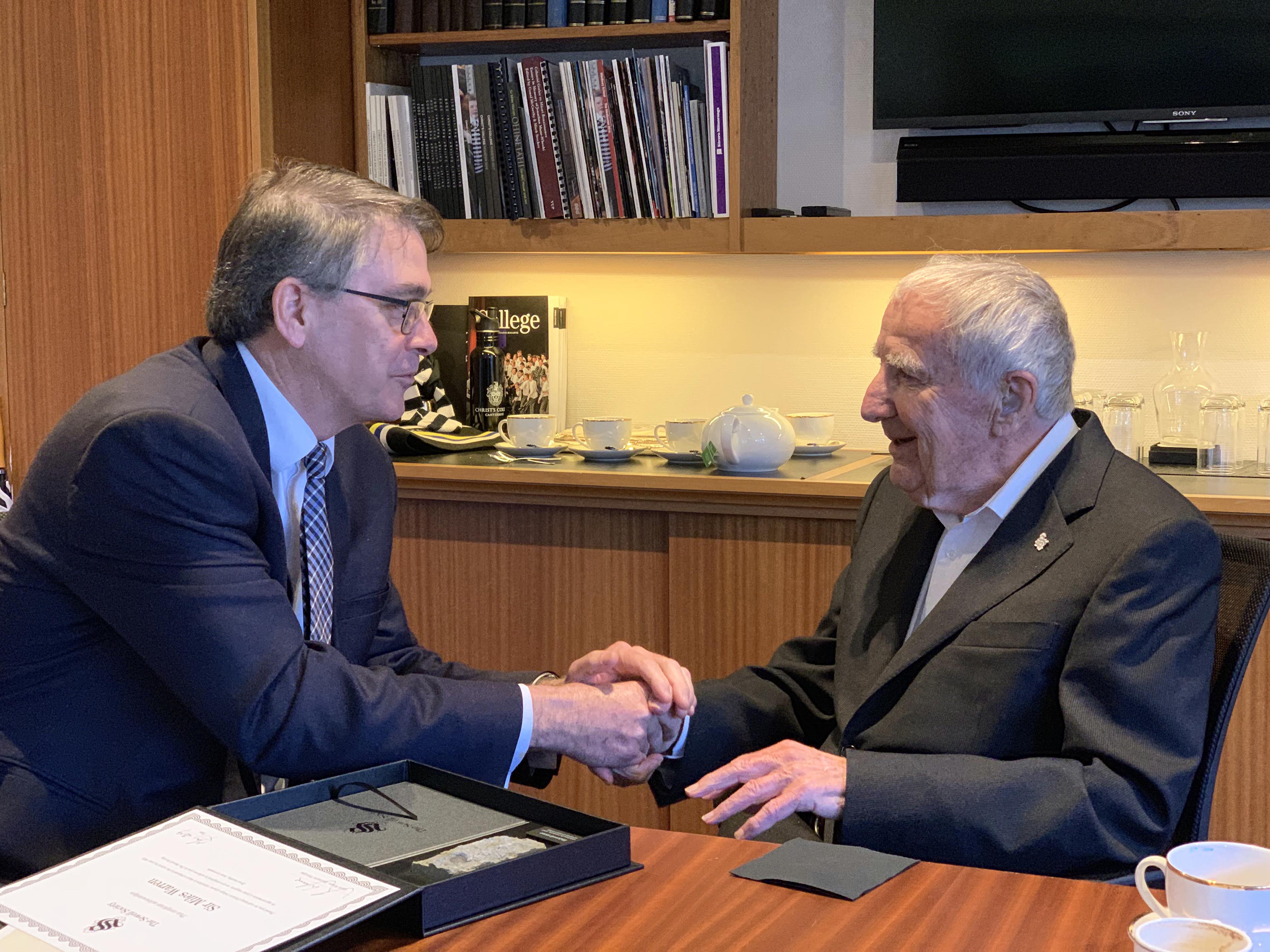