Good vibes on the water

Pretty much every day in summer, you’ll find Jack Mckenzie riding the waves at Waikuku Beach, just a minute from home.

“I try to get home as soon as I can and go for a surf. I love the feeling of riding along a wave and if the surf is big, you get a real adrenaline rush. I love it. In the winter it’s a bit harder to get out because I have rugby.”

Fourteen-year-old Jack has just returned from the Aotearoa Maori Surfing Titles in Ahipara, Northland, where he enjoyed great success – claiming 3rd place in the U16 final and 5th in the U18s.

“It was great to compete. The surf was good and the water wasn’t too cold. I wore my wetsuit for the first day but the second day I didn’t need to. We all have to wear a different colour top so that the judges can identify us – I was in bright pink which stands out really well on the waves.”

Of Ngāi Tahu descent, Jack has been surfing since he was three. He rates Kaikoura as one of his top surfing spots, together with a month spent in Indonesia when he was in Year 8.

Jack has many surfing ambitions; among them is making it into the New Zealand Secondary Schools’ surfing team. 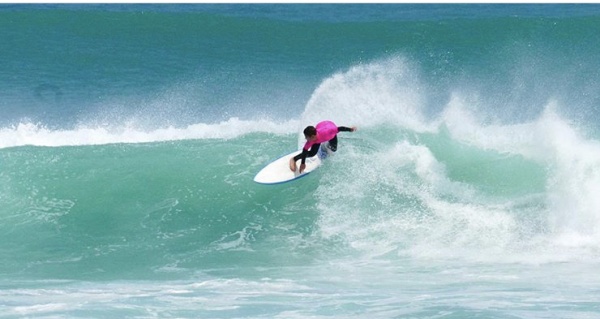