Chess team foots it with the best

Qualifying for the New Zealand Secondary Schools’ Chess Competition was huge, let alone taking 11th place amid the best of the best.

College’s chess team of captain Alistair Morgan (Year 13), and Jonathan Huo, Hanson Xie (both Year 12) and Arthur Woolhouse (Year 9) which played extremely well during the year, faced very strong competition in Tauranga during the holidays, their overall placing not really reflecting how high they were capable of finishing. Some of the games were very close and could easily have gone either way.

That Auckland Grammar would win the competition was never in doubt. It had two national level players in its team, one ranked 8th and the other 18th in New Zealand (regardless of age). At the time of the contest none of our players had a NZCF rating.

But the College boys were undaunted throughout the two-day tournament with five rounds played on the first day and two the next, totally focused and well prepared. Some games edged towards an hour, making for a tough time of absolute concentration for the boys, whose tournament highlight was beating Avondale College, which finished 4th overall.

“For our boys it was valuable experience and a platform to build for future success,” says Arthur Woolhouse.

“Although Alistair will leave at the end of this year, the others are very keen to compete again which is very commendable given the difficult competition.

“It would be just fantastic to see Christ’s College become South Island Champions and to be among the medal placings at next year’s nationals.” 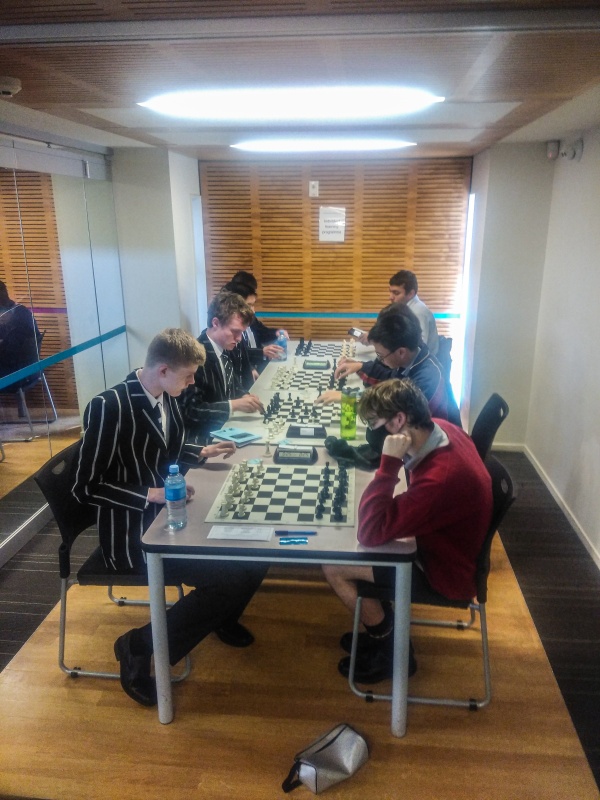