The simple truth about politics

He is one of five students studying at Victoria University who have launched Simplified, a website and social media platform that aims to engage and educate young people about politics, with the hope of encouraging higher youth voter turnout in this general election and beyond.

Simplified is the brainchild of Alex Johnson, who wanted to do something to help inform young voters. He enlisted like-minded individuals Sam, Tim Ng, Niva Chittock and Tahlia Conrad-Hinga to support his goal.

A film and theatre student, Sam freely admits he didn’t know much about politics when he became involved with Simplified.

“A group of us were in the same hall and got talking one day – and the idea evolved from there. Each of us is involved in a particular facet of Simplified. I take care of all things technical, from sound and lighting to directing the video content.

“I don’t have any political ambitions and I wasn’t politically aware when we started out. But I’ve learnt so much and now understand the political system a lot better.

“The group of people in the 18–25-year-old bracket is the second largest voting demographic in the country. We saw a gap in providing political understanding for this group. It’s really important because we have the numbers to make a difference if we all exercise our right to vote. Everyone is focusing on the older age groups, but no one is looking at how to appeal to the younger market.

“I think young people have different concerns – about issues such as climate change, the cannabis and end of life bills, and things like housing prices.” 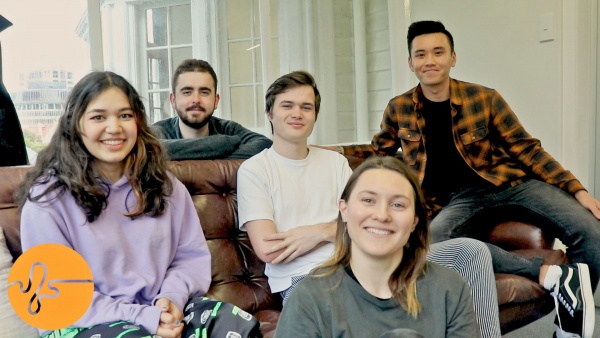