John joined College in 2017 in the new role of Director of Wellbeing & Positive Education. John leads a three-year implementation that will see positive education embedded across programmes, both inside and outside the classroom.

John has been working with people and teams for the last 20 years across multiple industries – government, education, business and High Performance Sport. His focus has been in the fields of Leadership, Positive Psychology, Wellbeing and Happiness, Mental Skills Coaching and Resilience. When working with people and teams John is always interested in ensuring that they are following their passions and using their strengths to ensure that they are connecting with their passions but also their teammates/co-workers. 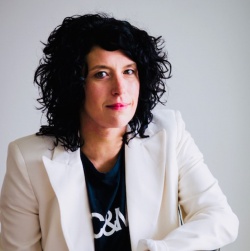 Sarah is a clinical psychologist already known in the College community for her presentations on neuroscience and Positive Education.

Sarah has specialist experience in the areas of anxiety, trauma and mood disorders in children, adolescents and adults, and has worked in both public and private practice across a range of settings – with five years in Brisbane – including education, Corrections, ACC and specialist mental health services.

She recently became an accredited Strength Switch facilitator, supporting families to develop strength-based parenting tools and strategies. Christchurch born and bred, Sarah has a comprehensive understanding of young people’s lifestyles and concerns, in particular the endemic difficulties of coping in a digital age.

Sarah says her focus is on returning to the basics of building quality, meaningful relationships, which will act as strengths in the face of stress and anxiety. With two young children and a new puppy, life is full. 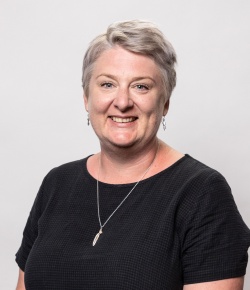 Originally from North Canterbury, Kirsty studied at the University of Canterbury and Victoria University, spending more than 12 years in Wellington. When she returned south with husband Todd and sons Liam and Dylan, she was initially a stay-at-home Mum and silversmith, before retraining as a psychologist. Now a registered psychologist, she joins the Centre for Wellbeing & Positive Education from her role in Learning Support at the Ministry of Education. Christ’s College strongly appeals to her because she welcomes the idea of forming relationships and becoming part of a community. She is passionate about promoting the wellbeing of young people and their families, and is eagerly looking forward to working in a boys’ school setting. 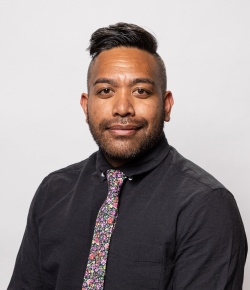 Although originally from Auckland, Riki has spent most of his life in Christchurch where he has developed a wide range of competencies – from a counsellor to a performing arts practitioner and a personal trainer to a netball player and coach. He loves sport and has played touch and netball throughout his life, is passionate about performing arts and has taught independently in Christchurch dance schools. Riki balances his professional career with these interests and by spending time with his partner and whānau. He comes to College from a role as a Specialist Clinician from the Children’s Service of Stop Services. He embraces change and welcomes the opportunity to support a bicultural lens within the school.