The track was completely soaked and the weather was bleak, but nothing could diminish Year 11 student Kyle Houston’s passion for the competition – and determination was key to his success, with Kyle not only winning the Male U16 Boys Individual division at the Canterbury Secondary Schools Duathlon, but also coming first overall.

Kyle isn’t fazed by inclement weather and is used to training in all conditions; he says it’s the conditions and how you react to them that can determine the outcome of a race. Taking part in duathlons and triathlons is as much about strategy as it is stamina, and although racing against other people, you have to work with them to succeed.

“I knew it was going to come down to a running race in the end, so at the start it was more about getting into a good rhythm, holding a good pace and sticking with the group,” says Kyle.

At the first transition, going into the bike ride, Kyle and another competitor broke away from the pack and switched it up a gear. From that point on it was between the two of them, and by the time they came to the second transition and final run, Kyle says he knew it was, “just a matter of who had it left in them, who had the legs.” Thankfully, it was him. 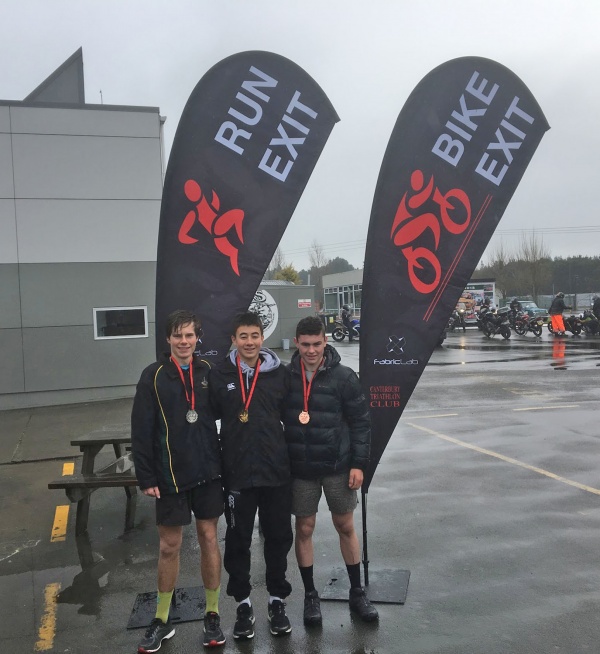