In two stunning moves for the environment, College will help revitalize 1.5 hectares in the Red Zone and replant 200sqm of river bank behind the swimming pool.

Singing this waiata, College counsellor Wiremu Gray on Thursday blessed the river bank site behind the swimming pool, now cleared of blackberry and soon to be revegetated with native flora, grown in College’s own on site nursery.

The simple ceremony was performed with a dignity fitting the task ahead, when College’s Eco Action group will plant an estimated 200 toi toi, broad leaf, lemon wood, ribbon wood, five finger trees and other native varieties which once would have clothed the river banks.

The group will also be busy next year working with other schools planting a 1.5 hectare site between Brooker Terrace and Corser’s Stream in the Red Zone.

David Newton, HoD Physics, whose son James was head of the Environment Committee in 2017, says this major project has resulted from a lease signed by Avon Otakaro Forest Park and LINZ, and is designed to encourage native birds and other fauna to the locality.

College is well placed to assist having its own seedling nursery and 2,500 trees already under way.

“We plan to expand the donation platform started by James and the Environment Committee where trees are ‘sold’ and planted as a cash donation,” says David.

The scheme has worked very successfully in the past and with the nursery expertise to grow upwards of 6000 trees a year, College will be able to supply other school nurseries with 400 tree seedling starter kits.

“These schools can then use their own networks to ‘sell’ trees planted to help fund their ongoing operation.

“Next year with support from the Boarders-- it is envisaged about 30 boys will be able to spend two-hour blocks on site on a Sunday -- and hopefully boy labour from the Immerse and Inspire programme, we expect to make a real difference in this location,” he says.

The area will be landscaped to create native tree picnic rooms for the public, and is expected to be a popular place for families to have fun. 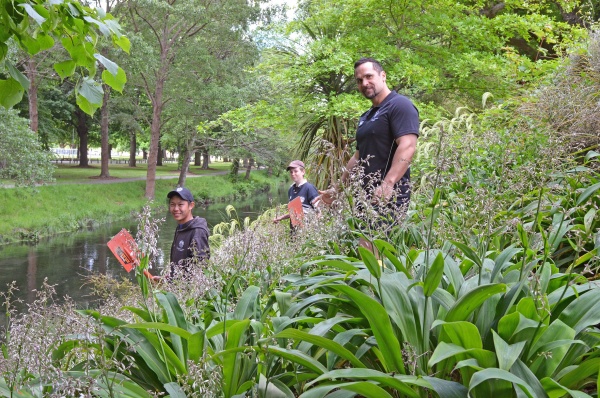