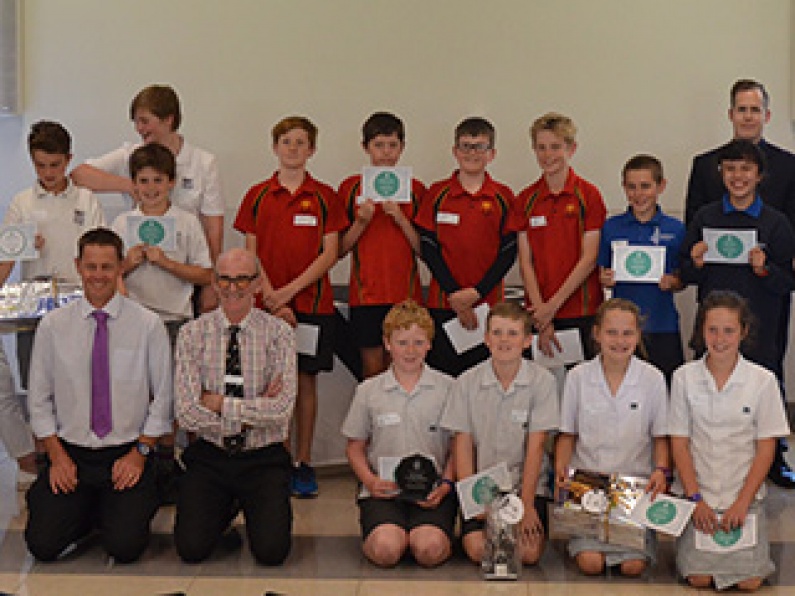 The Christ’s College Science Competition challenges and inspires Year 7 students interested in science and technology, testing their skills in various hands-on science-based activities. Teams from eight primary and intermediate schools from all over Christchurch took part in this year’s event, held on Wednesday 9 November.

The format of the competition consists of three 30-minute challenges, each with a biology, chemistry or physics slant. It is about testing scientific thinking and practical abilities in a fun and interesting way, and solving problems by observation, recording findings and working together as a team. Activities included comparing human and gorilla skeletons and relating the findings to the animal’s locomotion and way of life, experiments using acids and bases, and flying a drone. Most teams were excited about the opportunity to work in a science laboratory in order to carry out their investigations.

“The atmosphere was electric,” says Head of Biology Graeme Swanson. “The students have such a sense of urgency and inquisitiveness; it is always great to be part of this event.”

Dr Swanson says the challenge for teachers is to “educate, captivate and motivate the next generation of scientists. To do this, we have to show them the wonders of the world, but also show them how science is the way in which we can make sense of the world … that science provides our best chance of solving many of the challenges that this and future generations will face.”

It was a close-run competition, with Heaton Intermediate taking first place. The top three teams all received a prize pack of scientific resources for their schools.