Despite cold, wet and windy conditions, Dion ran a personal best time of 20.09, or around 3.21 minutes per kilometre. His performance helped the Canterbury team win gold at the event – and whilst he may have been wearing the Canterbury colours of red and black, his mismatched black and white shoes declared his loyalty to College.

On the strength of his performance at various events throughout the season, Dion has been selected to represent New Zealand at the ISF World Secondary Schools Cross Country Championships in Paris, France, in April 2018. “Getting into the national team has really motivated me to train hard. It’s going to be a really tough field, but a really good experience.”

Dion trains around six times a week, combining speed sessions, long runs, swimming (which helps his legs recover after a hard run), gym work and pilates. Mixing things up keeps it interesting, but nothing beats the thrill of the race for this passionate and committed runner. 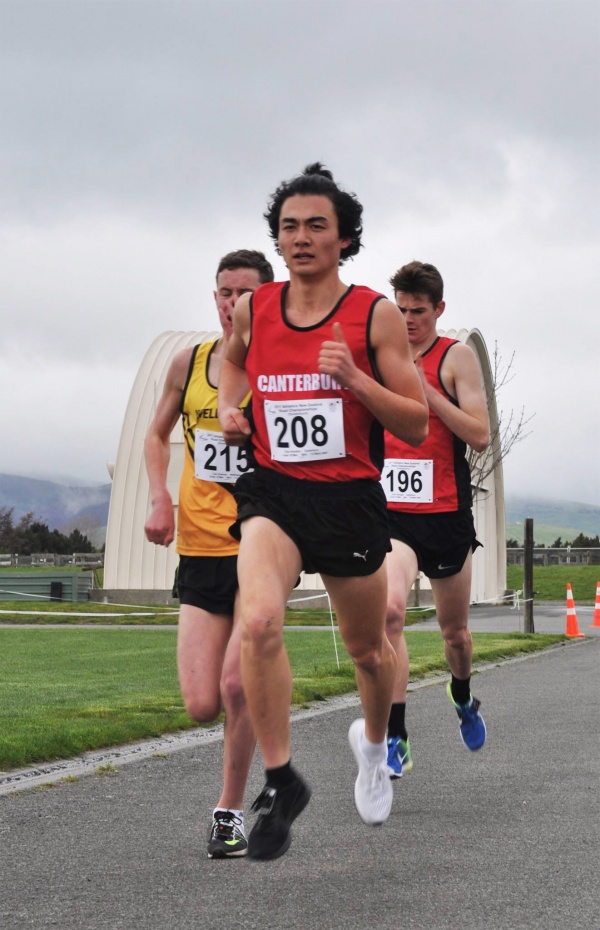