Hundreds of Japanese language students from schools all over Christchurch took part in the University of Canterbury’s NCEA Japanese workshop on Thursday 7 June. With three intensive language sessions and a focus on conversation-based activities, the workshop tested and stretched the abilities of Year 11 students John-Paul Lay, Harrison Lund and Alistair Morgan, motivating and inspiring them to rise to the challenge and want to do better.

“I’ve always liked that Japanese is so different from other languages,” says John-Paul. “You have to learn to think differently when learning Japanese, in order to understand the written systems (characters), grammar and structure, and that’s just a small part of what makes it so interesting.”

Hosted by the university’s Japanese department and with UC students acting as role models and mentors, the workshop is the largest Japanese language education event of its kind in New Zealand. The day started with greetings from Japanese Consul David Tsunakake and a keynote address by UC graduate Maha Sun, and ended with a performance from the Canterbury Japanese drum club Takumi, a video of the whole group dancing to a J-pop song and a traditional Tejime hand clapping ceremony.

“Japan has a rich history and fascinating culture, plus it’s a giant in the tech world. Learning to speak and understand Japanese leads to so many opportunities,” says Alistair, who is looking forward to going on an exchange to Japan later in the year. 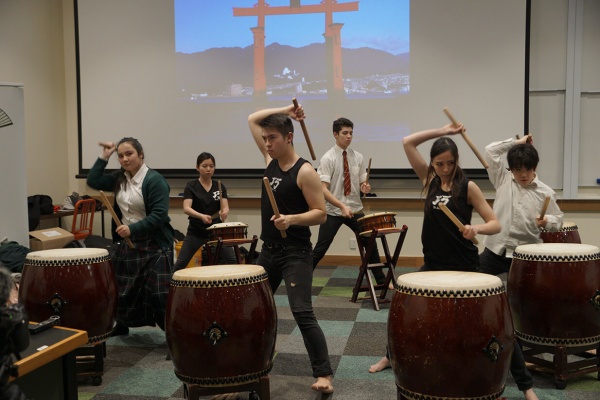 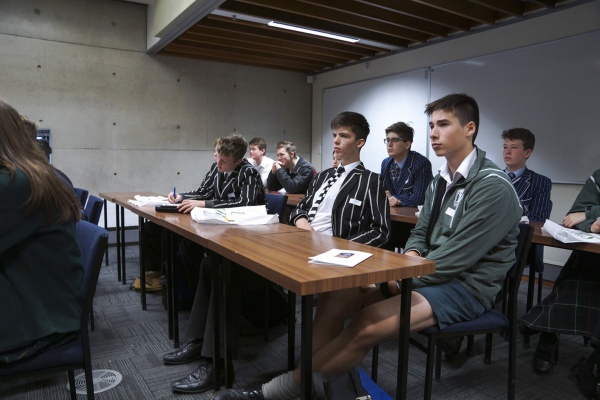 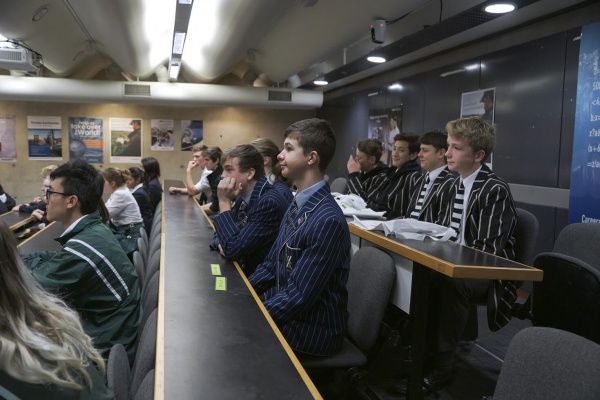 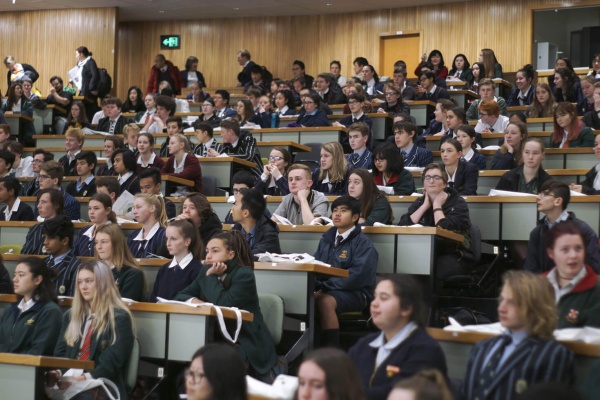