With the All Blacks training in Christchurch, Old Boy Damian McKenzie took the time to come back to College, happy to reminisce about his schoolboy rugby days and talk with current College players at an informal Q&A session in the OBT.

To begin, Damian outlined his background and the opportunities he has had, citing some of the highlights of his rugby journey, including winning the Ranfurly Shield with Waikato and being selected for the All Blacks and making his international debut against Argentina in 2016. He says when he played for College the 1st XV was “an underdog sort of team,” but they always gave every game their best shot. Playing and beating StAC was “pretty awesome,” and College vs CBHS was always a special occasion – “not that we won.” He describes school rugby as some of the most enjoyable rugby he has ever played and urged the boys to make the most of every moment.

The boys’ questions covered a range of topics, including asking Damian what it’s like to be an All Black, which is his favourite stadium, how he manages social media, who were his rugby heroes when he was growing up, how he deals with playing a bad game and, if not rugby, what would he be doing?

His answers were a good-natured blend of honesty, humour and tact. He says it was a bit of a shock when he first made the All Blacks squad, because suddenly it “felt like eyes everywhere watching” and he wanted to live up to people’s high expectations. His favourite stadiums are Murrayfield in Scotland and the Millennium Stadium in Wales, because of their “awesome” atmosphere. He advised the boys to be smart about how they use social media, and careful about what they post and share. His rugby heroes were Christian Cullen and Andrew Mehrtens, and he is “always learning” alongside his current teammates. Although dealing with a bad game can be tough, you have to get over it – and fast – because there is always another game coming up. A bad game simply makes him want to perform better. And if not rugby, Damian says he would still be involved with sport. “I’ve always loved sport, any sort of sport, maybe coaching, maybe golf ... but being involved in sport would be my ideal.”

Before leaving, Damian wished the 1st XV good luck for the big CBHS match on Thursday 31 May and says he hopes all boys, whatever they do, make the most of their time at College, as “it’s very special.”

Damian was at College on Tuesday 29 May. 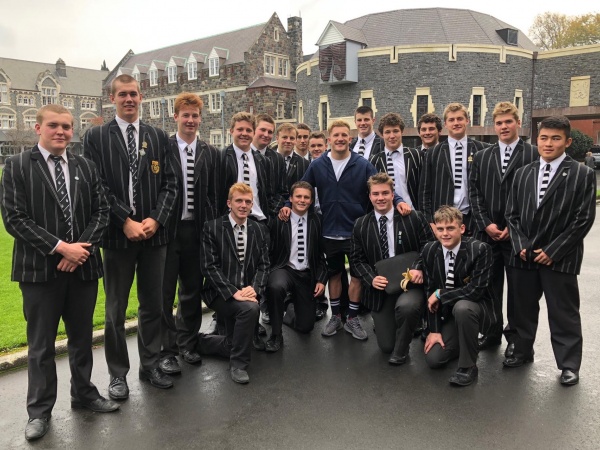 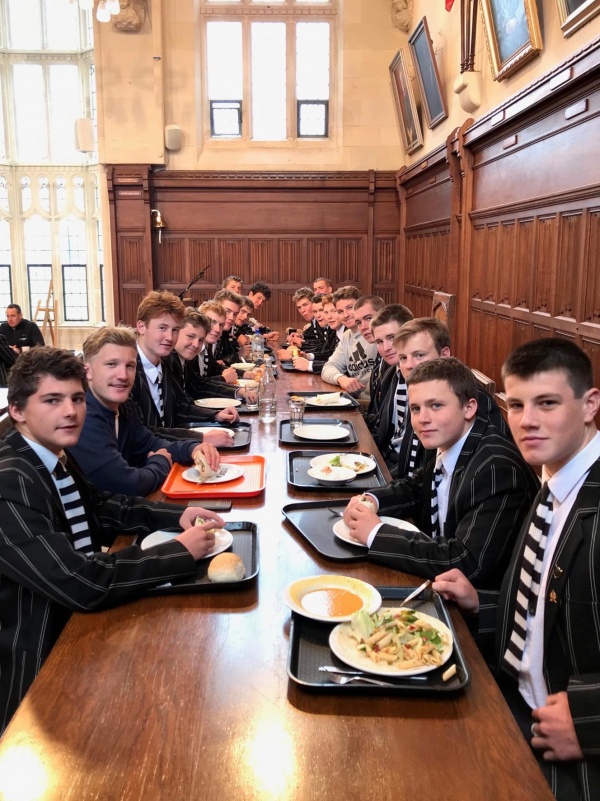